Poromaa about the father as an unexpected wall

William Poromaa struck with the first podium of his career in the World Cup in Lahti last weekend. Extra special: Dad Larry grazed the skis. - It is not something that had been expected, that he would stand and graze the skis that weekend, Poromaa says to SVT Sport. 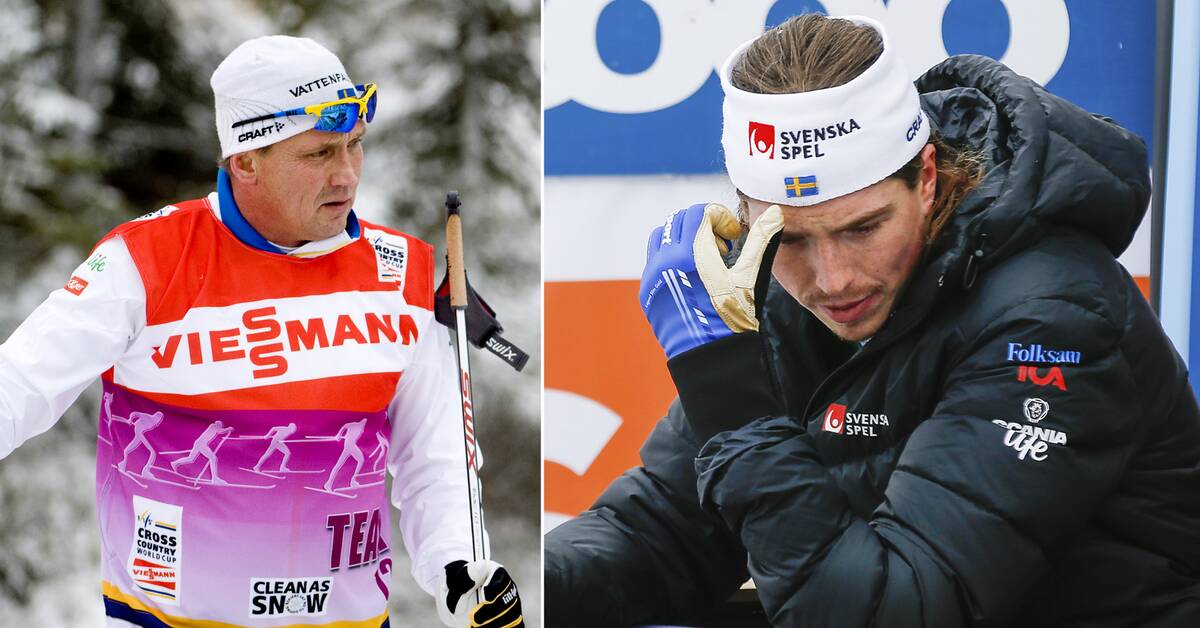 That the name Poromaa sounds familiar is not surprising.

Larry Poromaa competed in the World Cup in the late 1980s, but had the "bad luck" to break through at the same time as Gunde Svan, Thomas Wassberg and Torgny Mogren.

In 2003, he stepped in as election manager for the Swedish cross-country national team and was behind several of the team's gold skis.

In 2012, he left the national team, but during the World Cup in Lahti, Finland, the "super waller" appeared in the blue-yellow trailer - and made sure that his son Williams' cannon skis were enough for a third place.

- It was really fun, dad was with herding.

A lot was true and I was very tagged before the competitions.

It was fun that it answered, fun to get on that stool.

Just to be able to do it with dad, how was it?

- It is especially obvious, it is not something that had been expected, that he would stand and graze the skis that weekend.

It was good timing to time it then.

Is it now that you have become "The Savior from Fränsta" really?

It's not something I say myself, but if others think so, I am very happy to be.

The poll manager about the emergency solution

The fact that Larry's father was present was due to the fact that the regular wall team was free after a long Olympic period.

That everyone was free - at the same time as the replacements were admitted to the U23 WC - almost never happens, Sweden's election manager Petter Myhlback tells SVT Sport.

- So I got to call around to some people who I know are competent and talented.

One of those who got a call was Larry Poromaa.

- They did fantastically well, they had great conditions also because we had all the material in the air freight home from the Olympics.

Larry Poromaa, who was fifth in Holmenkollen's five miles in 1986, is also on site this weekend.

But only as a spectator.

And there is much to suggest that he will see his son make a new top race.

- I feel myself that I am up there and can do it.

It's just trying to deal with it.

I have had pressure before as well, there is nothing that should have a negative effect, says Poromaa the younger.

The last time a Swedish gentleman stepped up on the podium in "Kollen" was when Daniel Rickardsson won in 2014.

It has been a couple of years since Sweden last had a gentleman on the podium here, can it be time now again?

It is a good location, many Norwegians and a few Russians are gone.

It speaks for itself that you have a good chance.

Bolshunov could not crack William Poromaa who took the first podium Photo: Bildbyrån