The Al Ghadeer International Blitz Chess Championship was concluded in Al Ain, which was organized by Al Ain Chess and Mind Games Club, with a large participation of players from the communities, Arab, Gulf and Asian countries, as well as Al Ain Club players. 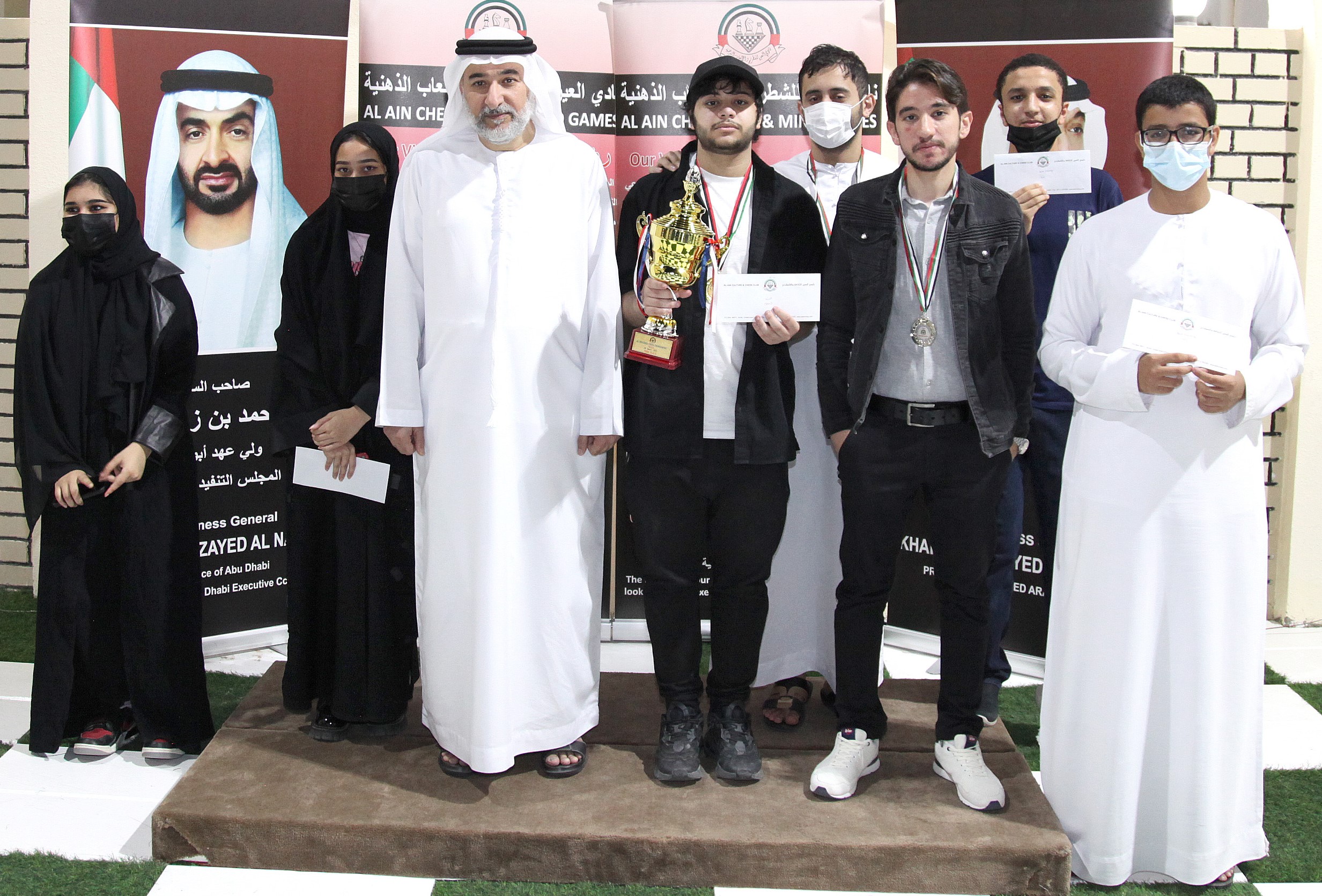 The title of the championship was crowned by the Emirati international player Imran Al Hosani, player of the Abu Dhabi Chess and Mind Games Club, who won the championship cup and the gold medal with 6 points from 7 rounds, while the Palestinian Husam Al Takrouri came in second place with 5.5 points and equaled with him with the same points balance, Emirati Ahmed Al Rumaithi, who came in the position The third according to the tie-breaking regulations.

Al Zarouni praised the Abu Dhabi Sports Council’s support for the club’s activities and programs to spread chess and mental games among the various segments of the Ainawi community under the directives of Sheikh Sultan bin Khalifa bin Sultan bin Shakhbut Al Nahyan, the club’s president, to organize various festivals and international tournaments for classic, fast and flash chess in order to increase international classifications and develop The technical level of the players and club players in preparation for the upcoming foreign and local participations.

The tournament was held under the supervision of the international organizer, tournament director, Engineer Tariq Al-Taher, executive director of technical affairs at the club, according to the Swiss system of 7 rounds.

The tournament referees were headed by the Emirati international referee, Ahmed Al Nuaimi.