HV71 is getting closer to the series victory in the Hockeyallsvenskan. Tonight they won with a clear 4-0 against Modo. But the victory was painful for JVM captain Emil Andrae - who was lowered by an ugly head tackle. 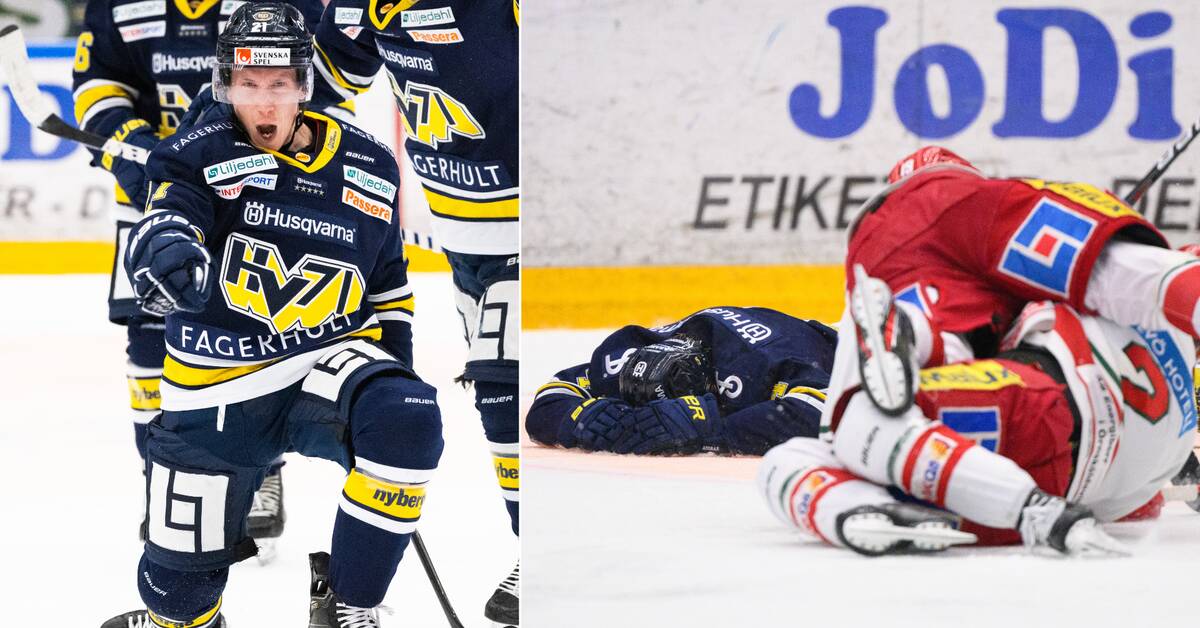 It was barely halfway into the match, which was played in a packed Husqvarna Garden, that the accident occurred to 20-year-old Andrae.

HV-backen - who was named the series' best junior - had the puck at the edge of the box in his own zone, when Modos forward Filip Svenningsson came at full speed and put a hard tackle that hit Andrae in the head.

Andrae got, apparently groggy, led out of the ice - and Svenningsson got a match penalty.

But Andrae, who did not play more in the match but according to C More should feel good, could at least rejoice that his HV71 won the league final with 4-0.

The American, who was recruited from Rögle last month but missed the last three matches due to injury, assisted on the first goal - and then put a nice 2-0.

The other two goals were scored by Fredrik Forsberg, both times played by Tyler Vesel.

- Today was a good day, says Forsberg to C More.

The 2-0 goal was a real treat, where he went through the entire middle zone before he then faked away the Modo defense and then lifted a backhand shot past Modo's goalkeeper Tex Williamsson and made the excited Friday crowd explode.

- It's a cool atmosphere here.

Fun to be with, Kelleher told C More.

With the victory, HV now has an eight point lead over Modo, and one match less played.