Announcing the list of participants in the Abu Dhabi Desert Rally

The Abu Dhabi Desert Rally will start in its 31st edition from 5-10 March under the patronage of His Highness Sheikh Hamdan bin Zayed Al Nahyan, the Ruler’s Representative in the Al Dhafra region. 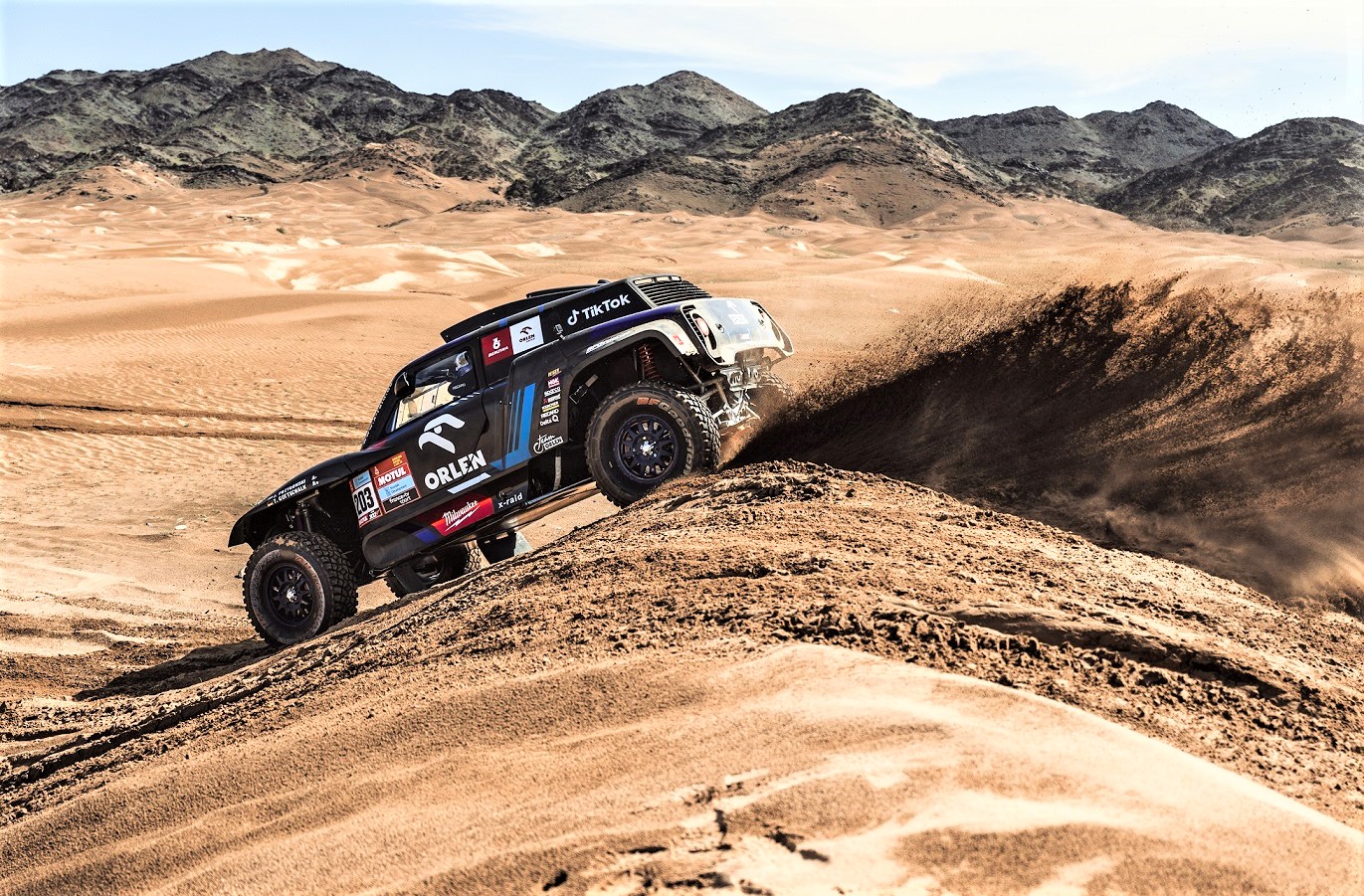 Announcing the list of participants in the Abu Dhabi Desert Rally

The Abu Dhabi Desert Rally will start in its 31st edition from 5-10 March under the patronage of His Highness Sheikh Hamdan bin Zayed Al Nahyan, the Ruler's Representative in the Al Dhafra region.

The Emirates Automobile and Motorcycle Organization, the organizing body for the Abu Dhabi Desert Rally, announced today, Saturday, the list of participants in the event.

The list included 132 competitors from all over the world who will gather in the capital of the United Arab Emirates to participate in the second round of the World Cross-Country Rally Championship for cars (FIA) and new motorcycles (FEM), which will start from Yas Marina Circuit on March 6.

The defending Qatari driver, Nasser Al-Attiyah, will take the lead after winning the first round of the championship, and the Qatari aspires to become the first rally champion to win the new championship title. He will drive a Toyota Hilux in the rally, which is one of five elite rallies that make up the new World Desert Rally Championship. .

The list of cars includes 38 cars, and the French Sebastien Loeb, winner of the World Rally Championship nine times and participating for the first time in the Abu Dhabi Desert Rally with the Prodrive Hunter car, is Al-Attiyah's biggest competitor for the championship title. Loeb had finished second behind the Qatari in the opening rounds of the Dakar Rally.

For his part, French driver Stephane Peterhansel aspires to achieve a record seventh car title victory in an Audi RSE-tron in the 31st edition of the Abu Dhabi Desert Rally, which promises all competitors a five-day thrill-filled competition across the giant sandbar in the Abu Dhabi Desert. The desert of Al Dhafra region with its beautiful landscapes.

Among the most prominent participants in the rally are Saudi driver Yazid Al-Rajhi in a Toyota, Poland's Jacob Przygonski in a Mini, France's Mathieu Serraduri in a Century CR6, and Argentina's Sebastian Halpern in a Toyota.

Also joining the competition will be the Emirati Yahya Belhali, who will start in the top ten with a Nissan pickup, and this year celebrates his 100% participation in the rally of his desert homeland since its inception so far.

The list of participants in the event includes many world champions in motorcycles, including Austrian cyclist Mathias Walkner, who returns to the UAE to defend his title, which he achieved last November on a KTM bike.

There is no cyclist who knows the secrets and nature of the Emirati desert in the Al Dhafra region better than Sam Sunderland, who leads the world championship rankings and aspires to achieve his third victory in the rally on a KTM bike.

Australian cyclist Toby Price with a KTM bike and Chilean cyclist Pablo Quintanilla with a Honda bike, both of whom won the motocross title and are back in the hope of winning again.

Argentine cyclist Kevin Benavides is a familiar face in the rally and will ride a KTM bike with his brother Luciano on a Husqvarna.

In recent years, the Abu Dhabi Desert Rally has become a prominent global platform for lightweight rally cars, which form an important part of the championship.

This year, 16 T3 Prototypes will participate, led by the Can-AM Maverick X3 and driven by Chilean driver Francisco Lopez Contrado, and the OT3 Overdrive, led by Spaniard Christina Gutierrez and American Seth Quintero.

The competitive T4 class welcomes the current top three in the standings: American Austin Jones, Lithuanian Rokas Paciuska and Poland's Marek Gokzal, all of whom are participating in Can-Am Mavericks.

The SUV segment concludes with the mighty trucks that have traditionally been the backbone of cross-country rally teams as fully-equipped support vehicles and compete in the T5 Group and are driven by the Czech Republic trio Martin Macek, Tomasek Frantisek and David Svanda, who are looking to cement their chain lead over the Dutch, Case Colin, Wauter de Graaf and Jes Burt. Van Oden, and the two teams will be led by IVEK Powerstar trucks.