Örebro broke the gloomy suite with a crusher

Three straight losses - but against Växjö, Örebro offered the home crowd a 6-2 crush in a sold-out Behrn arena. And it was Jani Lajunen who was behind the turn with two quick goals against his former team. - It was a couple of lucky bounces, Lajunen said about his hits to C More. 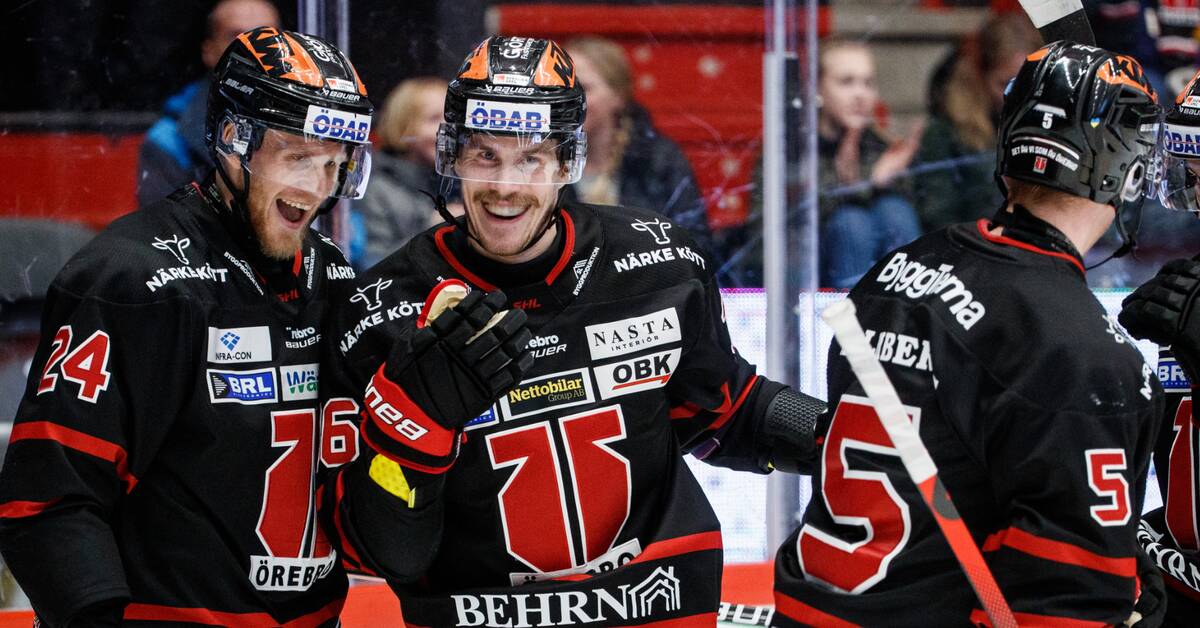 On Thursday, Närkegänget fell heavily for the third SHL match in a row against Luleå and at the same time broke a nice home trend.

But on Saturday night, Örebro was terribly effective against the reigning champions from Växjö and took an important three-pointer in the battle for the top six.

But the guests got off to a dream start after six minutes when Amil Krupic sent in the match and also his first SHL goal behind Örebro's big-playing backup goalkeeper Jonas Arntzen.

So five minutes later came the total turnaround - and it was center Jani Lajunen who stepped forward and scored two quick and lucky goals against his former team.

First, the Finn steered the equalizer past goalkeeper Emil Larmi after Libor Sulak had a shot from the blue.

And shortly afterwards, the puck bounced right again for Jani Lajunen after pure pinball in front of the guests' goalkeeper.

-It was a couple of lucky bounces, but it is important to take the puck to goal and it paid off, the two-goal shooter told C More after the first period.

Lajunen, who won Swedish Championship gold with Växjö in 2015, also took the opportunity to pay tribute to his new chain friend.

-Linus Öberg is a good, fast player and a good guy.

It will be good for our chain.

Quite immediately in the second period, Rodrigo Abols extended the home lead to 3-1 with a supervisor from the castle in powerplay.

And after just over half the match, forward Emil Larsson elegantly took down a long puck on volley and put 4-1 in boxplay.

A couple of minutes later, Robert Leino stayed ahead and steered in the fifth - and then the goalkeeper Emil Larmi got enough and handed over to Adam Åärähman.

But the home team's team captain Rodrigo Abols got the last word when he scored his second goal of the evening and put 6-2 in an empty cage in the final minute.