Raymond: "They almost have a penchant for Swedes"

Former Frölunda player Lucas Raymond is successful in the NHL club Detroit Red Wings. Soon he can be joined by a whole bunch of former teammates. - They almost have a penchant for Swedes, says Raymond in Hockey Night. 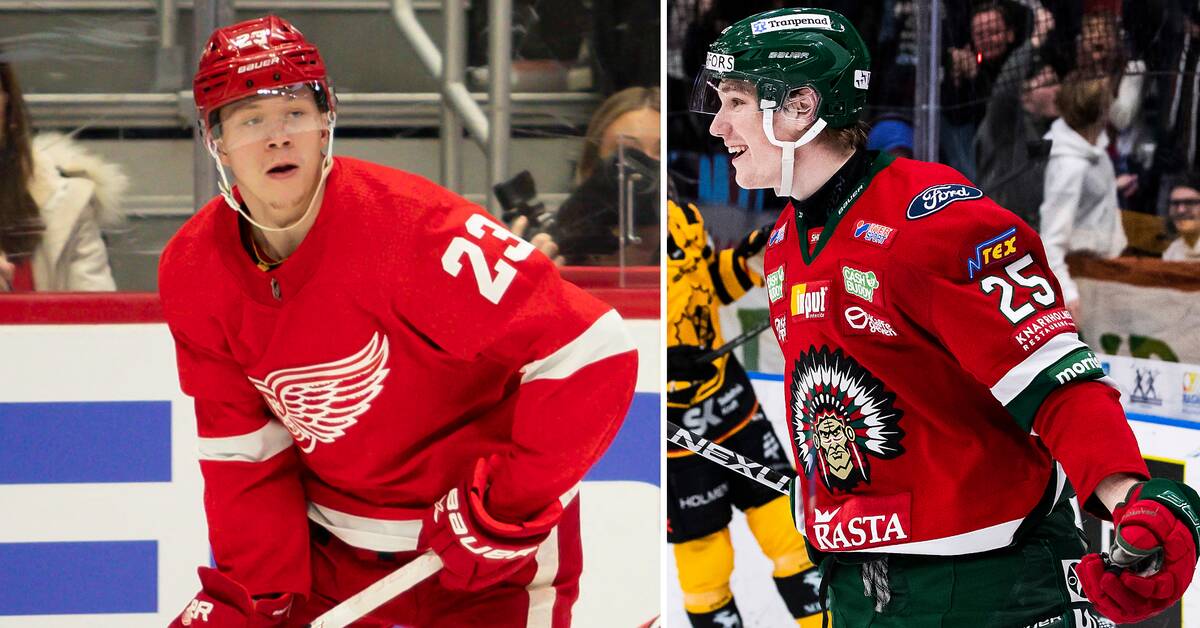 Players like Henrik Zetterberg, Nicklas Lidström and Niklas Kronwall were influential during Detroit's heyday in the 2000s.

In recent seasons, however, it has been heavier for the classic club, but now the winds are starting to turn.

Among other things, thanks to Swedish rookie Lucas Raymond, who in his first season has grown into one of the team's most important players.

- Considering how many fantastic Swedish legends have played in Detroit, it has paved the way a bit and made it a little easier.

They almost have a penchant for Swedes, says Raymond.

Detroit is currently battling for a playoff spot.

- The feeling in Detroit right now is great fun and the fans are fantastic every game.

It's an expectant environment in Detroit.

Then we play and of course live in the present and give everything to take us to the playoffs.

But it is a hopeful mood, says Raymond.

Raymond is far from the only player with roots in Sweden - and Frölunda - to whom Detroit has the rights.

Players such as Simon Edvinsson, Elmer Söderblom and Theodor Niederbach are all drafted by the club.

Elmer Söderblom has scored 18 goals this season in the SHL.

I'm in good shape and it's just to continue on that track, he says.

How do you see the next season?

I take this season first and then we'll see how it feels after the season.

Raymond has played with Söderblom for many years, both at senior and junior level.

And he is impressed.

- He's been cruel this season.

Every time I check, it feels like he's scoring.

It's a lot of fun to watch.

I think it's impressive that such a big guy is so fast and mobile.

He has a cruel shot and is strong on the puck, he says.

One that Detroits has high hopes for is 19-year-old hill Simon Edvinsson, who this season has grown into one of Frölunda's best slopes.

- From what I have seen, Simon has been cruel this year.

He is very big and extremely mobile and has a fantastic sense of play.

He has the qualities to be a really good defender, says Raymond.