Bristedt is punished for his cowardly move: "Great risk of injury"

Leon Bristedt is punished for his cowardly move on Leksand's August Berg. The Rögle player is suspended for two matches and forced to pay a fine of SEK 28,750. 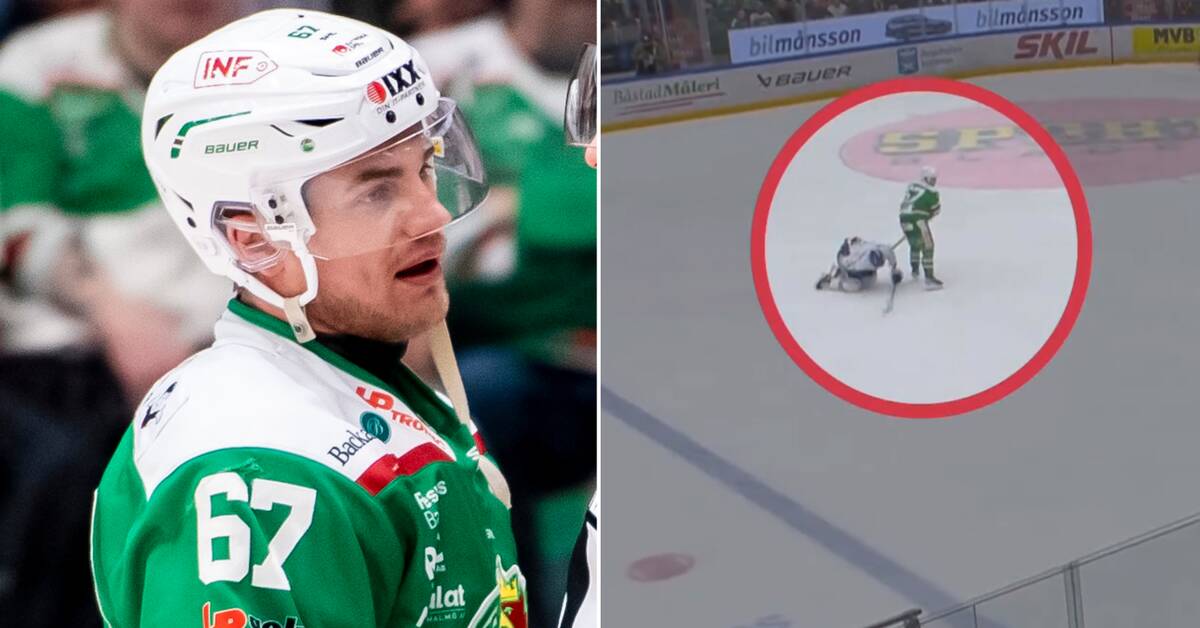 It was with a little more than seven minutes left to play the first period in the meeting between Rögle and Leksand that Leon Bristedt lost his head.

After an innocent collision in his own zone, he chose to give back to August Berg by hitting the club between the legs of the Leksand player.

Bristedt was first sentenced to two minutes' suspension but after video review he was given a match penalty.

Now the Disciplinary Committee's decision on the matter has come.

Bristedt is suspended for two matches and forced to pay a fine of SEK 28,750.

"The puck is far away when Bristedt goes against the Leksand player and deliberately hits the club between his legs.

This is an act that involves a great risk of injury and is difficult to protect against ", the Disciplinary Committee writes in its decision.

Bristedt himself claims that the situation was not so serious in his opinion to the Disciplinary Committee.

"I'm going to go and mark that it's not okay.

I raise the club between his legs unnecessarily.

The action completely lacks power and the shaft, ie not the blade, comes up in an area where the club should not be.

However, the action is completely powerless with minimal risk of injury and I also think that the Leksand player strengthens the situation ", writes Bristedt.