Morata's horizon: two months without scoring in the league and Vlahovic lands, a new star of European football

Cristiano Ronaldo and Benzema were at the Bernabéu. In his first stage in Turin Mandzukic ended up arriving. At Chelsea Giroud ended up being indisputable. At Atletico... 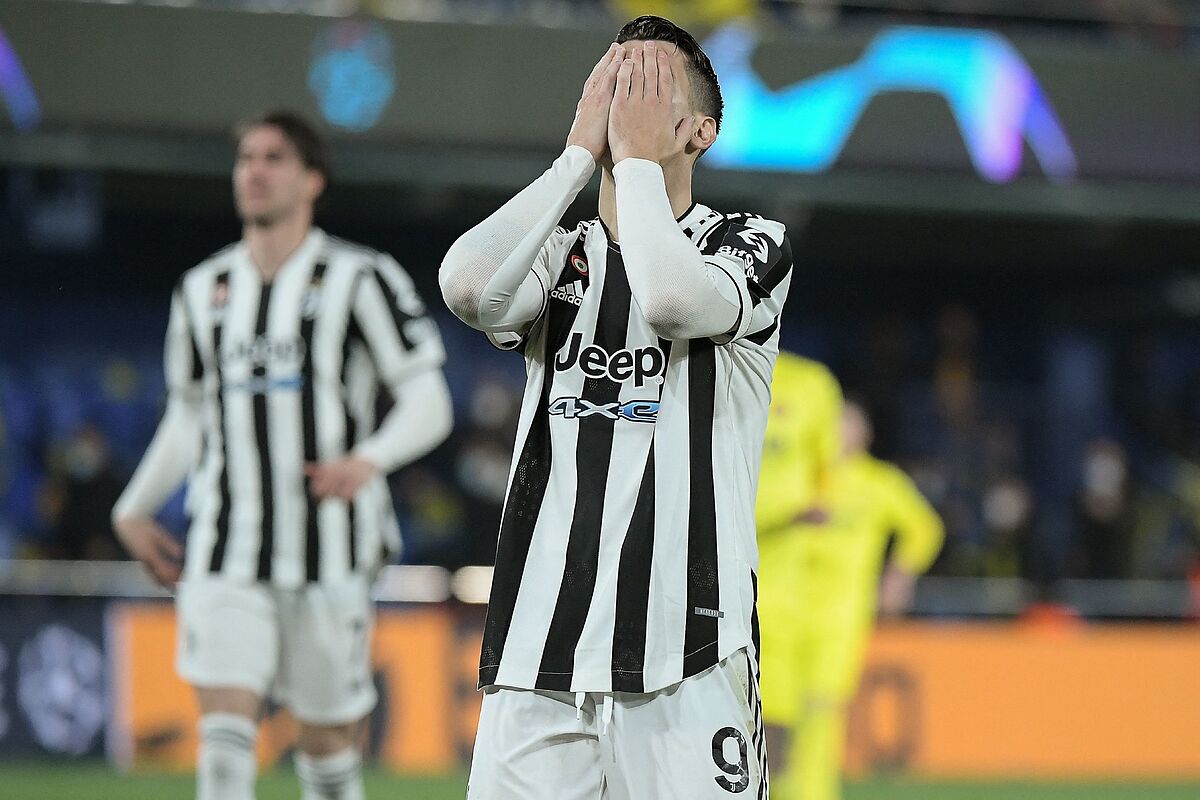 In his first stage in

ended up being indisputable

and they showed him the exit door.

Back in Italy he shared the attack with

, and now that the Portuguese is at

and the Argentine and the Italian are injured, that

is full of goals and transfers.

Shots and movements that make him one of the footballers who has moved the most money in signings in the last decade.

has spent a hundred less

, 80 for Fiorentina, the most expensive signing of the entire winter market, a new star of European football, and a signing that may cause some schisms in the final stretch of the season in the Series A and in the Champions.

Juventus is a candidate for everything

This was demonstrated in La Cerámica in just 30 seconds.

, control with his chest and shot with the right (he is left-handed), crossing the ball before

One of the first to congratulate the Serbian attacker was Morata himself, lying on the far left to balance Allegri's 4-3-3.

"He is very young, he has played his first Champions League game and has scored his first goal,

imagine what career he has..."

said the Spaniard about his new partner.

Morata, in his first game on his home soil since

in December 2020, tried several times, but never managed to send the ball between the three sticks of the yellow submarine .

Morata's performances are followed with special interest by

, in whose notebook the Madrilenian appears along with

as the most viable options for the starting 9 position.

Being able to play from an angle in an attack with three strikers could be one of Morata's keys for the World Cup, taking into account the versatile strikers that the Spaniard can summon.

fourth with the most minutes of the Italian squad

second with the most goals, eight

, behind the twelve led by

, absent yesterday due to discomfort.

Morata played the 90 minutes of a 1-1 that leaves the tie completely open.

and it's very difficult to beat us", he assessed, and took a deep breath for a Serie A in which he hasn't scored since December 18.

Yes, he saw the door against Sampdoria in the Cup, adding eight goals,

five in the domestic tournament

and two in the Champions League, in

A not too positive baggage that will have to improve to continue knocking on the door of the selection.

Champions LeagueVlahovic, the star who challenges Haaland and Mbappé: signing of 80 million, denounced for skipping confinement and partner of a Miss