Jokubaitis, the other Lithuanian demon who decided the final: "He is a warrior"

Niko Mirotic took the glory, the recognition and the MVP eight years after he raised it in Malaga with Real Madrid. No one can argue with his power, his efforts... 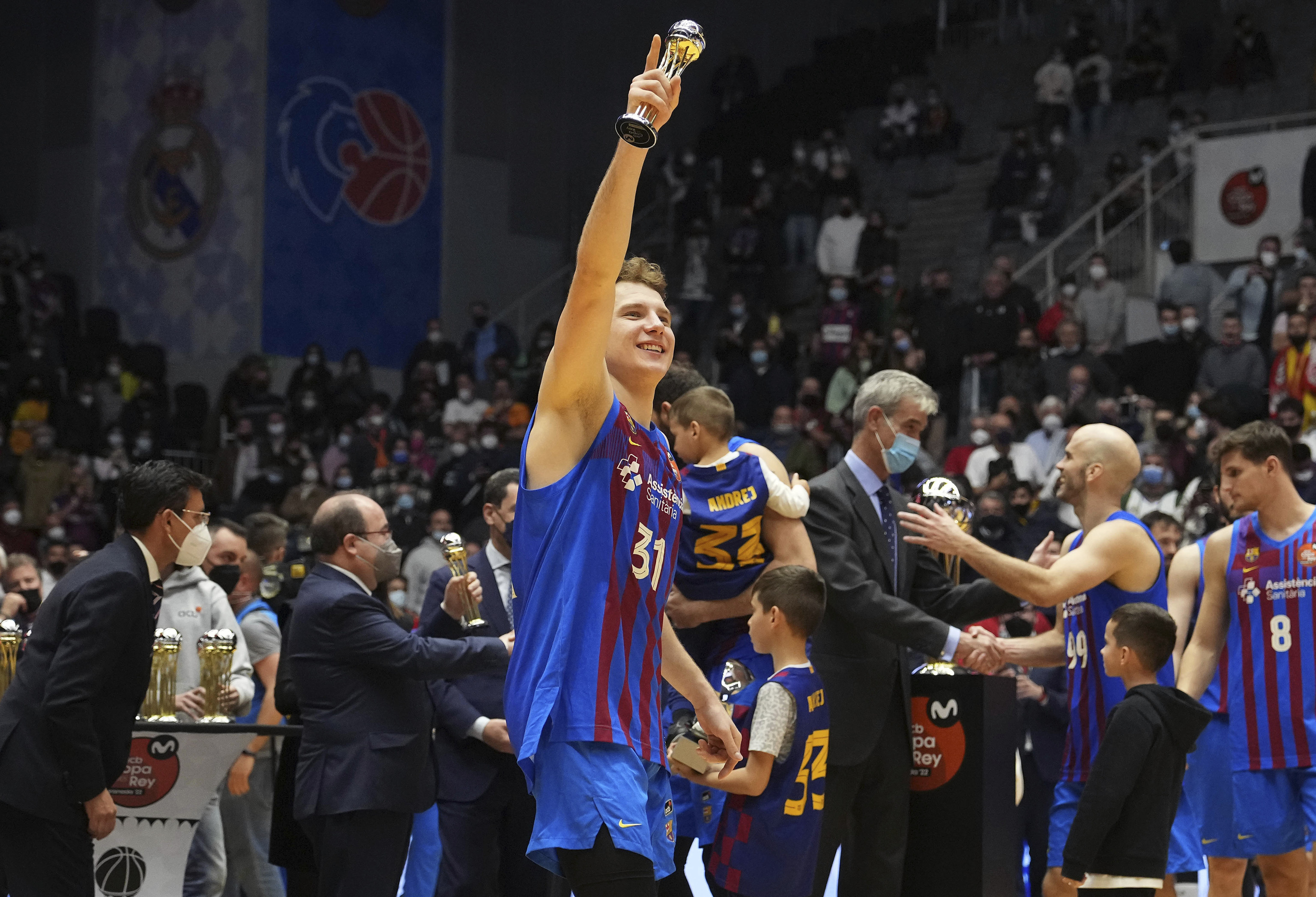 took the glory, the recognition and the MVP eight years after he raised it in Malaga with Real Madrid.

No one can argue with his power, the pains he causes in others, before, during and after, his ability to know how to take responsibility and be cold-blooded in hell, even from a free throw (nine out of nine from the line, including the final four).

He is the leader of a team made to win many titles.

But if this King's Cup will be remembered by any proper name, it will be that of

The birth of a touted star: Nine of his 12 points came in the final act, all on the run.

, was presented to the world one February night in Granada.

"He's a kid, he's been very good. I'm not surprised because I see him every day. He's given us the points, the energy, what we needed, he's one of the best youngsters in Europe. We have the privilege of enjoying his passion, he is a warrior", Mirotic himself praised him without fuss.

Last summer, Barça took over the pearl of Zalgiris, the boy that Jasikevicius himself had made his debut in Kaunas.

Before, he had tried out with the Knicks after being selected 34th in the draft.

After playing in the Summer League and assessing Barça's offer, he thought that the most sensible thing was to postpone his jump to the NBA.

Saras himself was his great endorsement, the guy who promised him, "You'll come, we'll squeeze you, and people will love you."

Perhaps not even he himself predicted such a sudden impact.

Because Rokas has been warning.

A month ago he left his stamp, what you have or don't have in moments of truth.

In the very close victory at the Palau against Anadolu Efes in the Euroleague, he scored seven points in the last six minutes, with some of those two plus one house mark, crossing the zone with his powerful lower body.

His penetrations to the left are unstoppable.

With the last injury of

, Jokubaitis had to increase his performance.

“He is taking advantage of opportunities.

Well, more than taking advantage of opportunities, he is leading us to victories.

We have already had many games in which Rokas decides, "Saras commented then.

“In three years I hope that he will become one of the best point guards in Europe.

That's my idea », he predicted.

Because those painful knife strokes were one of the few things that broke the hardness behind Real Madrid.

“Defensively, I think the team has been very good in general.

There have been two specific actions by Jokubaitis that have been errors.

But it is difficult to reproach the team for something”, admitted a

who continues to resist an entity title: for two years in Malaga, two Super Cups.

The key, for the man from Vitoria: "I have the feeling that we have lacked offensive quality at key moments."

"The half-time talk was key, it gave me goosebumps," confessed an elegant Mirotic on the parquet, admitting even a little luck in his success: "Although we didn't play a great game, with a little luck we knew how to win."

Because that first part in which they were shipwrecked by Madrid's defensive energy was also going to be the seed of everything else, of that unforgettable comeback.

«At the beginning we had no balls, they were taking us off the track.

We had talked about what they were going to do, but we couldn't.

But they are things that are part of the Cup, and that's it.

This year we have taken many games like this.

We have defended and we have been able to pull this off », admitted a euphoric Jasikevicius in the celebrations, which increases his tyranny over Madrid:

“We have been preparing this match thoroughly, but sometimes it is not easy.

We've been a bit in shock.

It has been a Euroleague defense, always changing, putting a big one on our point guard.

You have to stay with the reaction and the suffering of the team, "concluded the coach who has changed the trend in national basketball.

Basketball King's CupWhen Pablo Laso was MVP of the Cup

ECOS DE VERBENA (XV)Before all these supermarkets were cinemas