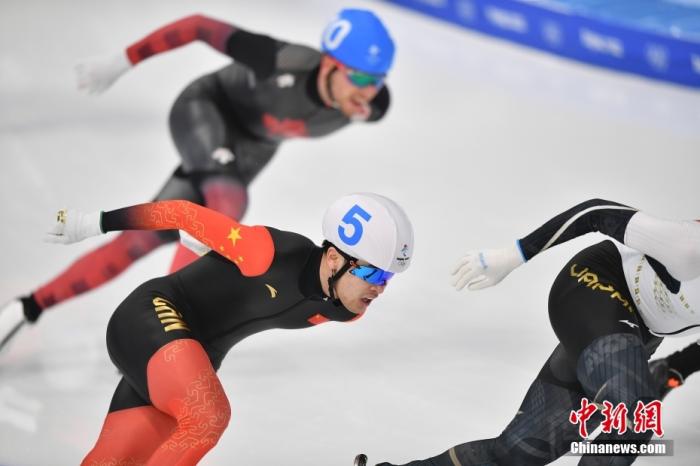 Speed ​​skating group departure is a new project of the last Winter Olympics. Four years ago, two Chinese women's players won the 5th and 10th respectively, and no men's team entered the final.

The Beijing Winter Olympics men's speed skating finals took the lead. Ning Zhongyan was the only Chinese player who entered the finals. In the end, he ranked 12th, and Belgian Swains won the championship.

After the group start competition, he summed up his first Winter Olympics experience: "I may indeed have a bit of regret in the first Olympics, and I did not perform my best in my main event, 1500 meters. I still learned lessons and summed up experience, I will try to show my best in the next Winter Olympics."

After the game, Guo Dan said: "I enjoy everything that sports bring to me, so I don't think age is a problem, as long as I like it, I can stick to skating until I'm 55, and it's no problem until the day I retire. "

So far, the Beijing Winter Olympics speed skating competitions are all over.

The Netherlands led the speed skating medal table with 6 golds, 4 silvers and 2 bronzes, and the Chinese team finished with 1 gold medal.

Looking back at the performance of the Chinese team in this Winter Olympics, it can be said that there are surprises and regrets.

In some projects, although Chinese players failed to stand on the podium, they have made breakthroughs compared to the past.

For example, in the men's group start event, the moment Ning Zhongyan entered the final, he has already created the best result in the history of the Chinese team in this event.

And he finally ranked 5th in the men's 1000m race, which also created the best result in the history of Chinese athletes in this event.

But at the same time, in some projects, the results of the Chinese players are relatively unfortunate.

For example, in the men's 1500m competition, Ning Zhongyan actually has the strength to hit a medal or even a gold medal in this event, but because he participated in the Winter Olympics for the first time and played at home, his mentality fluctuated and he finally ranked seventh.

After finishing all the competitions, Ning Zhongyan said: "The past few years have been my rising period, and my performance has been improving. In fact, the Beijing Olympic cycle has always been smooth, but the only thing that is not smooth is the Olympic Games. I believe Every athlete should have regrets, and I will continue to work hard, after all, I still have a long way to go." (End)