China News Service, Beijing, February 20th (Bian Liqun) If sports are strong, China will be strong, and if national fortunes are prosperous, sports will prosper. Taking the opportunity of organizing the Beijing Winter Olympics and the Winter Paralympics, the vigorously developing Chinese sports industry has reached a new level.   From the deafening "Three Questions of the Olympic Games" a hundr 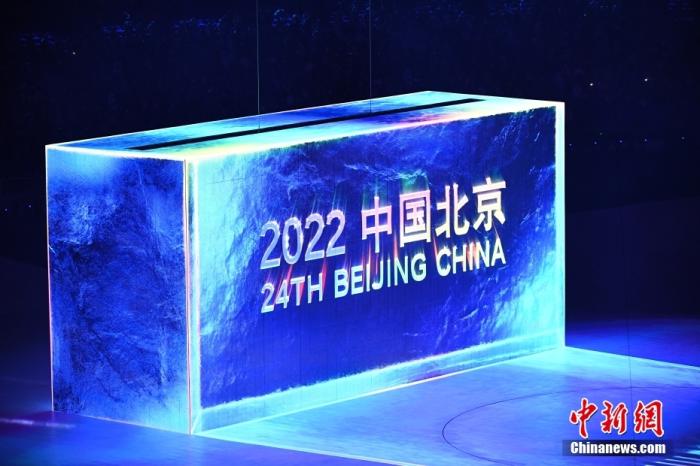 China News Service, Beijing, February 20th (Bian Liqun) If sports are strong, China will be strong, and if national fortunes are prosperous, sports will prosper.

Taking the opportunity of organizing the Beijing Winter Olympics and the Winter Paralympics, the vigorously developing Chinese sports industry has reached a new level.

From the deafening "Three Questions of the Olympic Games" a hundred years ago, to now Beijing has become the world's first city with two Olympics, sports carry the dream of national prosperity and national rejuvenation, and has also become a landmark cause and footnote of the great rejuvenation of the Chinese nation.

On the evening of February 4, the opening ceremony of the 24th Beijing Winter Olympic Games, which attracted worldwide attention, was grandly held at the National Stadium.

Looking back at the centuries, in the collision of the times, sports have never been absent.

In 1908, when Chinese intellectuals and young students put forward the thought-provoking "Three Questions about the Olympic Games" in Tianjin Youth magazine, China was in an era of poverty, weakness and poverty.

"My conscience is still there, and my blood is still flowing for the country, how can I forget the motherland and become a bull and horse for the puppet state!" Liu Changchun, who refused to represent the "pseudo Manchukuo" to participate in the competition, answered the first question of the "Three Questions of the Olympic Games". ask.

In that era when the mountains and rivers were broken, on behalf of 40,000,000 people, he shouted a strong determination to never be a slave to a subjugated country.

Since then, it has started to take root.

Time flies, that seed gradually grows into a towering tree, witnessing the great changes in China.

The 1984 Los Angeles Olympics was the first time that China participated in the full summer Olympics.

The Chinese team won a total of 15 gold medals and 32 medals. On the first day after the opening ceremony, Xu Haifeng won the first gold in the men's pistol slow shooting competition, realizing the "zero gold medal and medal" of the descendants of Yan and Huang in the Olympic Games. breakthrough".

With the spring breeze of reform and opening up, the Chinese sports delegation returned to the Olympic Games after many years.

Lake Placid in 1980 witnessed the debut of Chinese athletes on the stage of the Winter Olympics.

Amid the exciting changes, Chinese athletes answered the second question of the "Three Questions for the Olympics".

For the Chinese delegation to achieve the "zero breakthrough" of the Winter Olympics gold medal.

The successful bid to host the Olympic Games, behind this milestone, not only represents the world's recognition of China, but also shows the world the enthusiasm and strength of China's participation in the Olympic movement.

In 2008, the Beijing Olympic Games stunned the world.

China has embraced the world with an open and inclusive attitude, letting the world know about China.

China takes off, and sports go hand in hand.

The opening ceremony of the 2008 Beijing Olympics.

Under the guidance of the concept of "green, shared, open and clean" Olympic Games, from the "big fire" to "small fire" innovation at the opening ceremony, to the high-tech applications that can be seen everywhere inside and outside the stadium, to the realization of the Beijing Winter Olympics One after another in history... These all reflect China's great power and cultural self-confidence to dare to be the first, as well as the beautiful vision of "together with the world".

Facing the third question of the "Three Questions for the Olympic Games" a hundred years ago, today's China has handed over a perfect "Double Olympics" answer sheet.

The opening ceremony of the Beijing Winter Olympics.

Taking the preparation of the Beijing Winter Olympics and the Winter Paralympics as an opportunity, the realization of "300 million people participating in ice and snow sports" has made China more solid and powerful on the road to a sports power.

From the "Three Questions of the Olympic Games" to the City of Double Olympics, and then to the future sea of ​​stars, standing at the historical intersection of the "two centenary goals", the Olympic dream and sportsmanship will continue to inspire the children of China, and for the realization of the nation Fight for the Chinese dream of revival.