Dongxi Question | Short Comment: Why is the Beijing Winter Olympics "warm" on ice and snow? 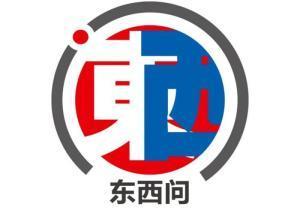 (East-West Question) Short Comment: Why is the Beijing Winter Olympics "warm" on ice and snow?

The Beijing Winter Olympics are coming to an end, and many Winter Olympic athletes and witnesses have used the word "warm" in their descriptions.

Why is the Beijing Winter Olympics held on ice and snow "warm"?

The Olympic Games is a grand event for sports and a cultural event. While showing the passion for sports competition, it also carries the humanistic care that goes beyond sports.

After 2008, the Olympic Games will come to Beijing again.

In the past 14 years, China has "changed" a lot. The economy and society are changing with each passing day, science and technology are constantly advancing, and the green concept has been significantly improved. However, China's friendship and solidarity, sincerity and fraternity remain the same as before.

First-class hardware facilities, the smiling service of volunteers, and the "special gift box" with children's blessings... Under the background of the new crown epidemic, this Winter Olympics is not only safe and reassuring, but also through different methods and languages. All those who "rejoice in the event" conveyed enthusiasm, expressed concern, and were full of warm "human touch".

"What's really amazing and impressive is the ability of this team, this organising committee and the Chinese people to organise this event under very difficult conditions, to make it a success and to keep everyone very safe." International Samaranch Jr., chairman of the Beijing Winter Olympics Coordination Committee of the Olympic Committee, said.

The host gave his own "warmth" and created a "warm field", so that all people in it would like to connect with each other in a "warm" way.

Canadian star Mark McMorris and Chinese teenager Su Yiming received the award on the same stage, praising Xiao Su for "having a bright future, I am proud of him"; French athlete Tess Luder covered her face after the women's freestyle skiing final. Weeping, Gu Ailing and Swiss player Mathilde Gremode came forward to comfort them, the three girls hugged together; Jin Boyang and Yuzuru Hanyu laughed together in the lounge; the short track speed skating women's 1000m final champion and Dutch star Suzanne Schultin and the third runner-up, Belgian Hannah Demay hugged happily; athletes from Sweden, Norway, Canada, New Zealand and other countries played "riding and skiing" between competitions, and they were overjoyed...

The Beijing Winter Olympics are held on ice and snow, and the "warmth" of people spreads all over the place.

The picture shows Gu Ailing (right) hugging and encouraging other players after the game.

This "warmth" transcends the differences and differences of age, gender, ethnicity, country, and concept.

The emotional description of "warmth" essentially presents the value consensus of unity, peace and friendship and people's yearning for these values.

This is not only a manifestation of the Olympic spirit, but also coupled with the world outlook, development outlook, and sports outlook that the host China originated from its own traditional culture.

It is in this sense that Abdullah Shaheed, President of the 76th UN General Assembly, said: "The Beijing Winter Olympics will help to demonstrate the resilience, solidarity and pursuit of happiness of human beings, and it will transcend geopolitics. , an important opportunity for global solidarity, peace and human creativity.”

This kind of "warmth" is precious, unforgettable and moisturizing.

The events of the Beijing Winter Olympics are coming to an end, but the "warmth" on the ice and snow will not end.

More than ten days later, the Beijing Winter Paralympics will be on stage.