Sweden held the favorite pressure in the ladies' biathlon relay. After an impressive effort in the relay, Elvira Öberg was able to cross the finish line and secure a historic Olympic gold. 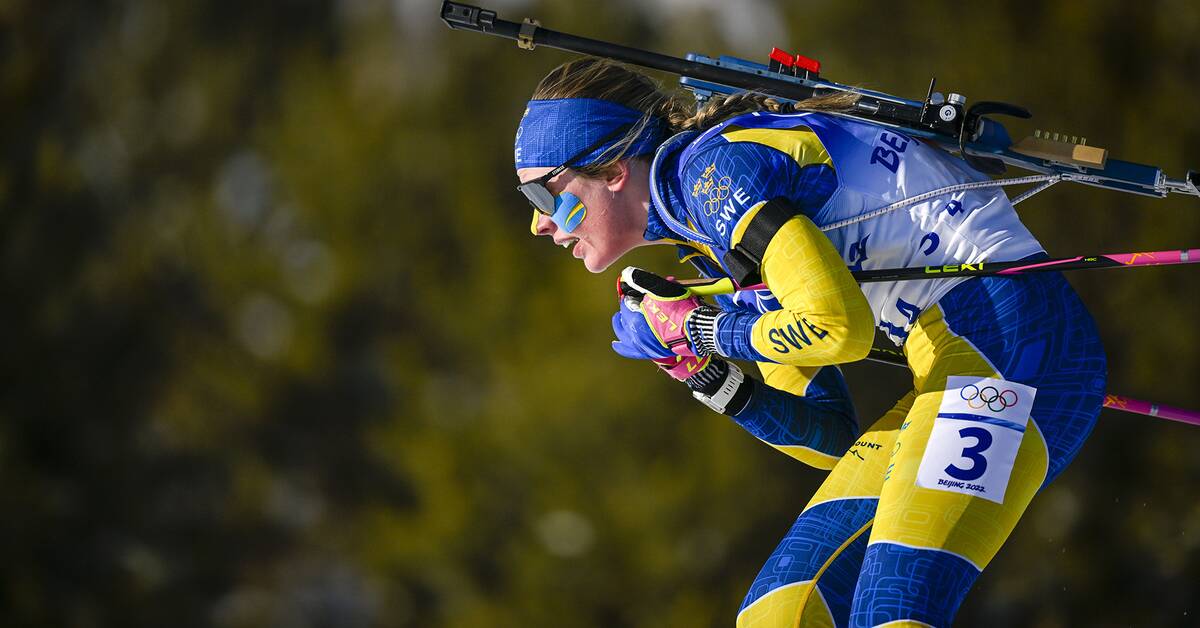 When Elvira Öberg first crossed the finish line, it was a historic blue-yellow moment.

Never before had Sweden won an Olympic gold in the women's relay.

You have it now.

Sweden won eleven seconds ahead of the Russian team.

Linn Persson took care of the first leg for Sweden and did it in the best possible way.

She shot fully in landscape and increased the distance in the track.

Persson admittedly missed a shot in standing, but put the extra shot and when she switched over to Mona Brorsson it was like second, 0.5 seconds behind Germany.

- It was really fun to do a good distance.

The 31-year-old looked strong in the track and shot full in the horizontal shot.

It went just as well in the standing.

Brorsson was the safety himself, put all the shots and switched to Hanna Öberg in third place.

- I am very happy with what I achieved.

I could not do it so much better, says Brorsson.

Öberg had almost half a minute up on the leading Russian team and after the lying shooting, the distance had not changed significantly.

But in the end, the conditions would change significantly.

Svetlana Mironova then missed four shots, had to go a penalty round and lost the Russian lead.

Hanna Öberg missed three shots, but put her extra shots and switched to Elvira Öberg on the last leg as first, with both Italy and the Russian team in the heel.

Elvira Öberg, on the other hand, is known for being strong on the track and was able to extend the lead.

In addition, she shot fully in lying and now only a nice result was missing in the standing for a Swedish gold medal to be secured.

That was also the case.

But it became dramatic.

The Russian team keyed in on the ride but Elvira Öberg managed to stay away - and secure a Swedish Olympic gold.