Ace's golden finale... Choi Min-jung "I can't believe it because I like it so much"

It started with a bright smile of our short track team, Choi Min-jeong. Min-Jeong Choi, the world champion in the women's 1,500m, for the second time in a row at the Olympics. 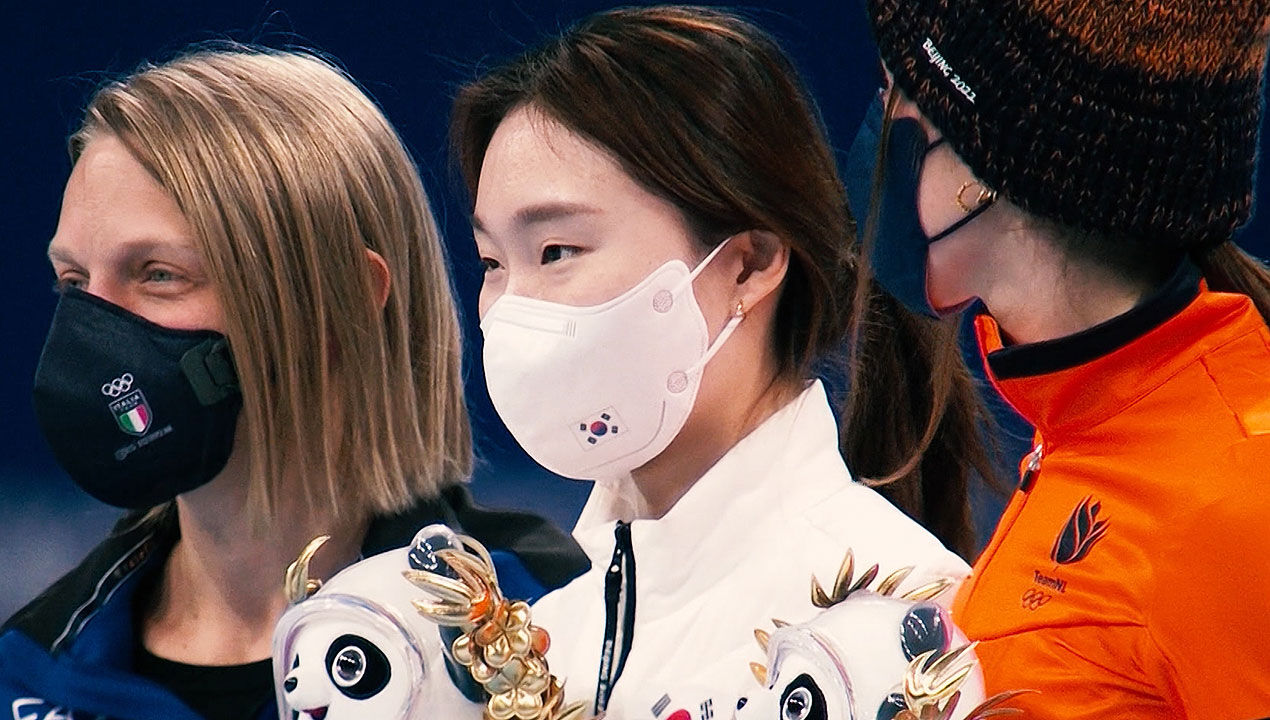 It started with a bright smile of our short track team, Choi Min-jeong.

Min-Jeong Choi, the world champion in the women's 1,500m, for the second time in a row at the Olympics.

Choi Min-jung showed off her overwhelming performance from the semifinals.

In the second half of the race, she performed her signature out-of-course storm sprint and she reached the final with a new Olympic record.

She played with Lee Yu-bin, and in the final, she had 8 laps left and bet early on.

She ran for 3rd and quickly overtaken the two leading men to take the lead, gradually increasing her speed and widening the gap with the second-placed group.

Choi Min-jung was the first to cross the finish line and cheered after overtaking the last-minute chase between Italy's Fontana and Dutch Swheeling.

Choi Min-jung, who achieved her second consecutive victory in her 1,500m following her Pyeongchang Olympics four years ago, smiled broadly with her Taegeukgi draped over her shoulder.

[Choi Min-jung/Short track national team: I feel like the results were as good as I really prepared so I was so happy and I couldn’t believe it because I liked it so much.

Following her two silver medals in this competition, Min-Jung Choi, who finally climbed to the top of her podium, thanked her colleagues for her strength.

[Choi Min-jung/Short track national team: I want to say thank you very much to my teammates who worked hard and supported me because I was able to do it with confidence because (colleagues) told me a lot that I could do 1,500m unconditionally.]

Choi Min-jung decorated her 3rd medal in splendid gold and set the record for the most medals in the history of a Korean athlete at the Winter Olympics with five medals in her personal career.