JO-2022: French biathletes in silver in the relay, behind Norway 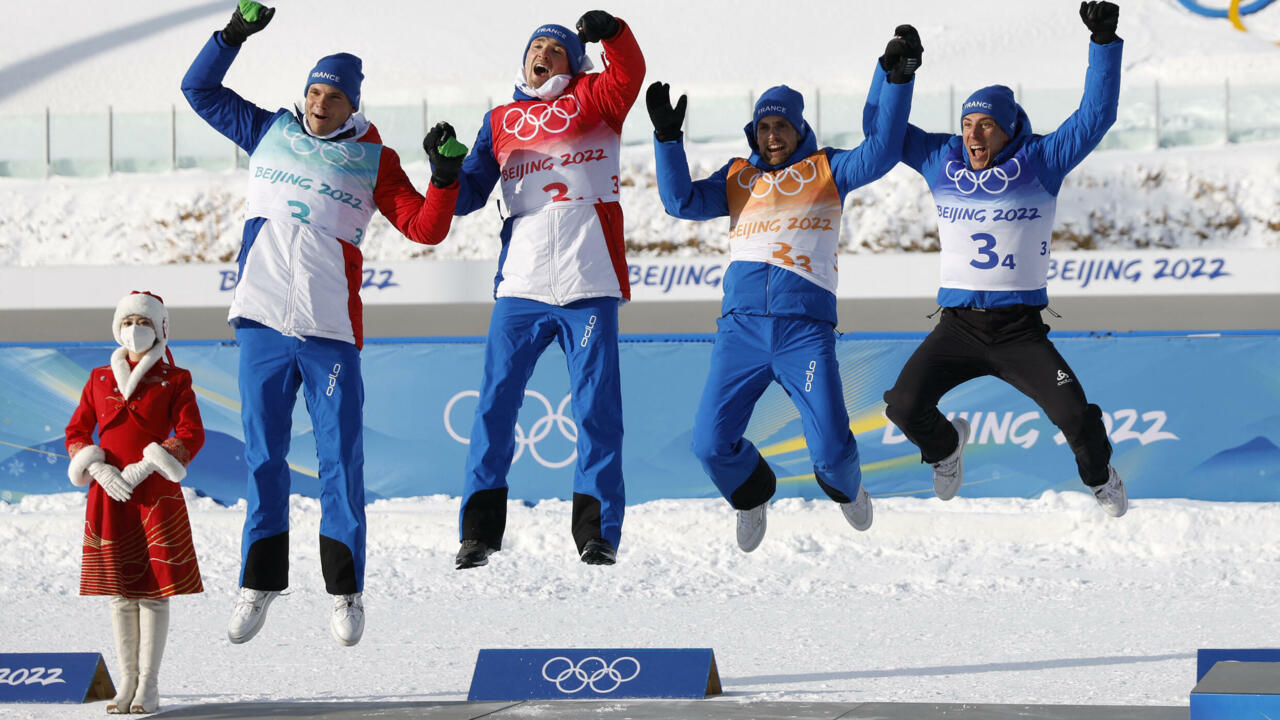 One for all! All for one.

By going for the silver medal, Fabien Claude, Emilien Jacquelin, Simon Desthieux and Quentin Fillon Maillet put the French biathlon relay back on the Olympic podium and allowed Fillon Maillet to dream of an exceptional grand slam.

The Latin motto "Unus pro omnibus, omnes pro uno", popularized by Alexandre Dumas father, in his novel The Three Musketeers, was applied in sport on Tuesday, at the Zhangjiakou biathlon site at the Beijing Olympics-2022, with in the role of d'Artagnan of course Quentin Fillon Maillet, and, as desired, Fabien Claude, Emilien Jacquelin and Simon Desthieux in the roles of Porthos, Athos and Aramis.

The French collective had been waiting since 2006 and the Turin Games to climb back on an Olympic podium, because during the last three editions, in 2010 in Vancouver, in 2014 in Sochi and in 2018 in Pyeongchang, despite the megastar Martin Fourcade, the Blues had made White cabbage.

It is now done with a silver medal, while Norway, relegated to 1 min 47 sec from the lead at halfway, made an incredible comeback thanks to Johannes Boe, who offered himself a third medal. gold, alongside his brother Tarjei, Sturla Laegreid and Vetle Christiansen.

In a race for a very long time mastered by Russia thanks to three and a half flawless stints from Said Khalili, Alexander Loginov, Maxim Tsvetkov and Eduard Latypov, the title seemed certain to Russia.

But the race finally took on a totally crazy dimension, as Latypov, with only three targets on eight shots, squandered all the lead patiently built up during the seven-eights of the race.

And the three-way match between Norway, France and Germany for silver and bronze suddenly turned into a four-way fight for the title.

In this little game, Vetle Christiansen was the calmest, whitewashing his five targets, when Quentin Fillon Maillet had to use two pickaxes.

The title that the men of French biathlon have always been chasing will have to wait a little longer.

Quentin Fillon Maillet, on the way to the feat

For "QFM" leader of this tricolor team, the Beijing Games turn into a waking dream.

In five races, the 29-year-old from the Jura won a medal each time: gold in the individual and pursuit, silver in the sprint, the mixed relay and therefore the men's relay.

A performance never achieved for almost a century in the history of French Olympism, Summer and Winter Games combined.

So far, only fencer Roger Ducret (three gold medals and two silver) and archer Julien Brulé (one gold, three silver and one bronze) have managed to reach such a level. .

And it's not over for Fillon Maillet: Friday (5 p.m. local, 10 a.m. French) on the mass-start, he will aim for the grand slam, namely to climb on all the podiums offered on the Olympic program.

A six out of six that makes him dream so much.

In biathlon, only the Norwegian legend Ole Einar Björndalen has achieved such a feat: in 2002, he took the four titles at stake in Salt Lake City (individual, sprint, pursuit, relay).

Fillon Maillet's sequence of six races in thirteen days would propel him even further into the pantheon of world biathlon and tricolor Olympism.