Linn Svahn: "I do not know how close I am to the limit of what the shoulder can withstand"

Last season she was the world's best sprinter, before she crashed in Ulricehamn and injured her shoulder. After an operation, it was clear that Linn Svahn would not be able to bet on the Olympics in Beijing 2022. - I do not know how close I am to the limit of what the shoulder can withstand, says Linn Svahn in a new interview on the Swedish Ski Association's Youtube channel. 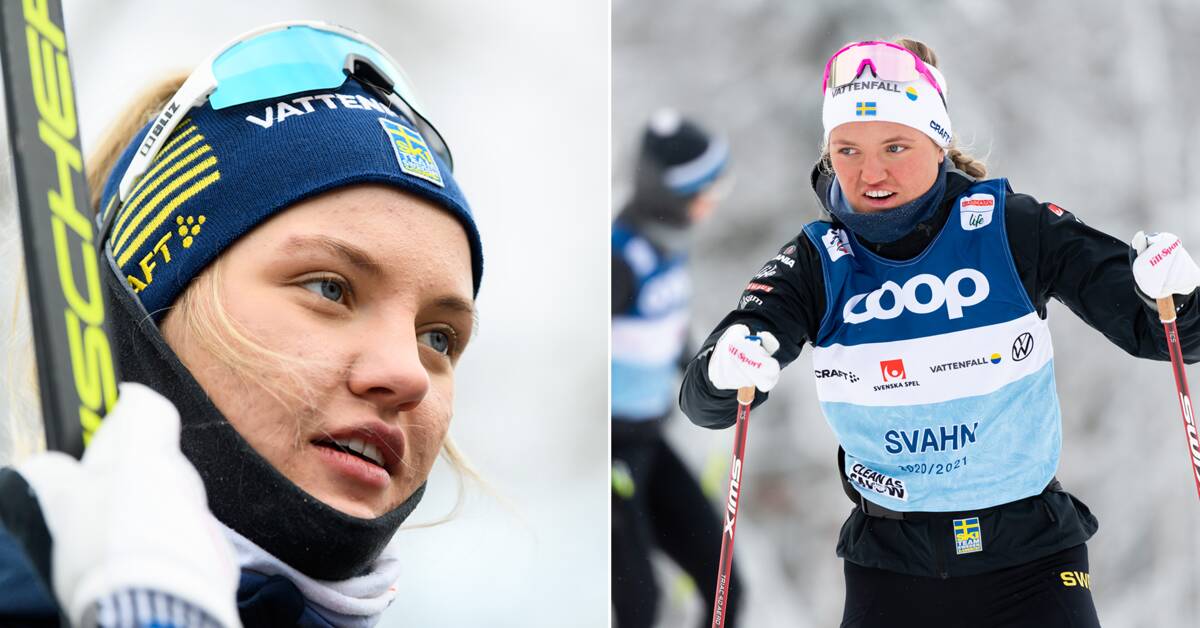 It has been quiet from Linn Svahn, 22, since the news came in November that she would not be able to compete in the Olympics in Beijing 2022.

Now she answers questions about her injury and rehabilitation in an interview with former national team skier Anders Södergren on the Swedish Ski Association's Youtube channel.

- It is important to be very sensitive from day to day for what the shoulder can withstand and how hard you can load it.

Because I last said to my coach a few weeks ago: "I do not know how close I am to the limit of what the shoulder can withstand, but I think I am really close."

So the plan is to try to be as close to it as possible, but not go over to get setbacks, says Linn Svahn.

Linn Svahn has chosen to train in a different way compared to a regular season.

- I can put a pretty tough plan in the way of training.

So I train as if it were a summer month and that's something I might not otherwise do this time of year, when preparing for competitions.

So I think it should make me a little stronger.

That is the plan, she says.

The interview from the Swedish Ski Association seems to have been done before the Olympics in Beijing began and Linn Svahn looks forward to seeing her friends run for the medals:

- Right now I think it will be great fun to watch, because right now it's going pretty well for me;

I progress in my rehab and I train well and then you are quite happy with life and then it's fun to check.

But if you stand and stomp and do not develop, it feels like you are so heavenly far from being able to do what they do over there.

Then it's a bit like sprinkling salt on the wounds.

But right now it will be fun, so I am very excited to see what they can achieve, she says.

"I was created to train"

Linn Svahn is positive about the future and her comeback.

- I somehow believe that I was created to train.

That's the feeling I get from being outside.

So it's nice to be able to do what you want without being limited.

It's just a matter of taking the shoulder into account, so my goal right now is controlled progress, those are the ones I'm following.