More than halfway through the Winter Olympics: the competition progressed smoothly, breaking many records, and the overall success of epidemic prevention and control 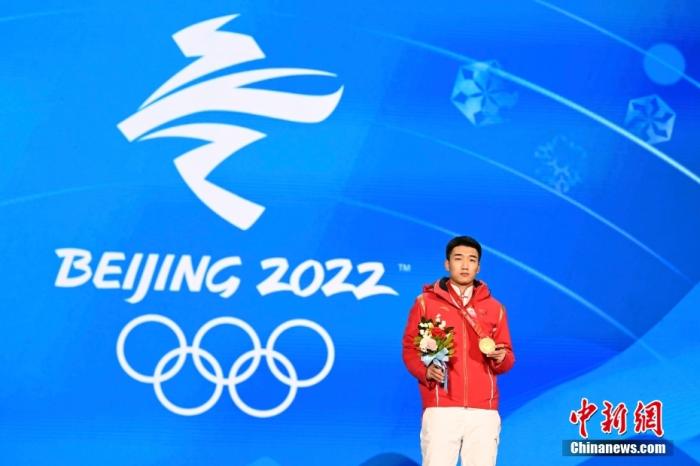 (Beijing Winter Olympics) Halfway through the Winter Olympics: the competition progressed smoothly, breaking many records and the overall success of epidemic prevention and control

Yang Shuan, vice chairman of the Beijing Winter Olympics Organizing Committee, introduced at the press conference that in the past eight competition days, 58 events have been completed, resulting in 58 gold medals, accounting for about 53% of the total number of gold medals.

The picture shows Gao Tingyu at the award ceremony.

Snowfall on February 13 caused some races to be postponed.

In this regard, Yang Shuan introduced that the Winter Olympics Organizing Committee had obtained the forecast information of the meteorological department on February 4 for this snowfall, and two days ago, the snowfall period and magnitude of each venue were basically determined and issued in advance. Information about weather warnings.

According to him, on the 13th, thousands of staff from the Zhangjiakou competition area went to the track to clear the snow, but because the snow was too heavy and too urgent to meet the visibility requirements, in order to ensure the safety of the athletes, the game was postponed.

Before the start of the next competition day, the Organizing Committee of the Winter Olympics has enough power to clear the snow from the track.

On February 9, the women's snowboard slalom pursuit competition of the Beijing 2022 Winter Olympics was held at Zhangjiakou Yunding Ski Park.

The picture shows an athlete being taken off the field after being injured.

He said that the previous situation of unstable nucleic acid test results for athletes was not a problem with the test method, and all tests were carried out according to standard procedures.

Huang Chun introduced: "The nucleic acid test results may be positive for a while and then negative. In fact, it is the process of intermittent detoxification of the virus itself. Our experts will study and judge each case every day, as long as it conforms to the prevention and control manual or nucleic acid test adjustment. Some new policies, we will release him in time or return to the game to participate in the game." (End)