The second half of the preview: the Chinese army is expected to refresh its best record in the Winter Olympics 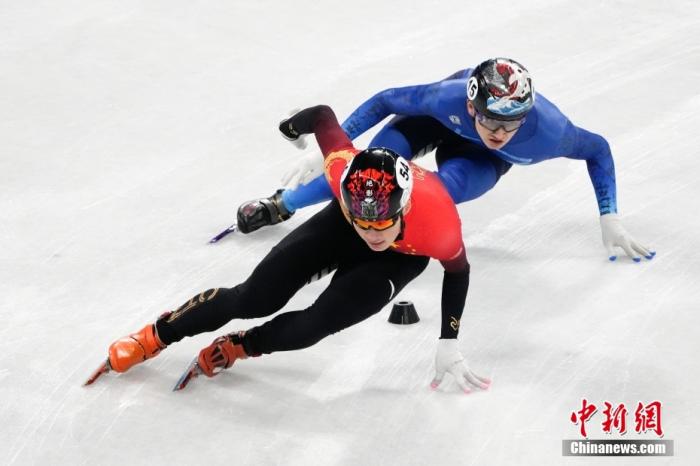 The previous best record of the Chinese delegation in a single Winter Olympics was 5 golds, 2 silvers and 4 bronzes in Vancouver in 2010.

In the 8-day event in the second half, the Chinese Legion is expected to make persistent efforts to refresh this best result.

On the ice: 3 short track speed skating and gold figure skating pairs strive to make up for regrets

As the ace of China's ice and snow sports, short track speed skating has contracted 10 of the 13 gold medals won by the Chinese delegation in the previous 11 Winter Olympics.

At this Winter Olympics, this "Knife on Ice" has already earned 2 gold.

On February 11, Chinese team player Ren Ziwei (left) was in the game.

On the same day, the short track speed skating men's 500-meter preliminaries of the Beijing 2022 Winter Olympics were held at the Capital Gymnasium.

In the second half, short track speed skating will also produce 4 gold medals. The Chinese team has the strength to compete for gold medals in the women's 3000m and men's 5000m relay, as well as the men's 500m 3 events.

Among them, the men's 500m was the only event that the Chinese Legion won the gold medal in the last Winter Olympics. The defending champion Wu Dajing, the "double champion" Ren Ziwei of this Winter Olympics, and the "post-00" teenager Sun Longjun successfully advanced in the preliminaries. Strive to defend the title for the Chinese team in this project.

At the last Winter Olympics, Sui Wenjing/Han Cong finished runner-up with a difference of 0.43 points.

In this Winter Olympics figure skating team competition, the two scored first among all competitors in the double short program, and this time they are expected to make up for the regrets of four years ago at home.

Speed ​​skating will also yield seven gold medals, with the Chinese team expected to compete for medals in the men's 1000m event.

At the Canadian Station of the Speed ​​Skating World Cup two months ago, Ning Zhongyan reached the top in the men's 1000m final, which is China's first international championship for speed skating in this event.

On the snow: The little ghost is still a veteran and the sword is not old

At this Winter Olympics, the previous situation of the Chinese Army's "strong ice and weak snow" has been changed.

In the second half of the Winter Olympics, China's gold-winning momentum in snow sports is expected to surpass that on ice.

"Home Alone" is the biggest attraction in the second half of the Chinese snow sports event.

At present, 18-year-old Gu Ailing and under 18-year-old Su Yiming have won 1 gold and 1 silver respectively. Next, these two teenagers will also appear in 3 competitions.

From the 14th to the 15th, Su Yiming will play in the qualification and final of the snowboard big jumping platform.

Su Yiming won the event's first World Cup title for the Chinese team this season, and his strength and ability in the event are considered to surpass his silver medal-winning slope obstacle skills.

At this Winter Olympics, Gu Ailing has three events, and the freestyle ski jumping platform that won her the gold medal a few days ago is her "weakness".

Aerial skills are the traditional advantages of Chinese snow sports, and it is also the source of the Chinese delegation's only snow sports gold medal in the previous 11 Winter Olympics.

In the individual competition, Xu Mengtao, the runner-up of the Sochi Winter Olympics, is the biggest favorite for women's aerial skills.

Jia Zongyang of the men's team is the silver medalist at the PyeongChang Winter Olympics, and Qi Guangpu is the double champion of the World Championships and the World Cup. The double insurance of the two is expected to add another medal or even a gold medal to the Chinese team.

In addition to competing for gold and silver, there are many things to watch in the second half of the competition for the Chinese team.

The men's ice hockey and men's and women's curling battles are getting better and better. It is worth looking forward to what kind of performance and achievements the several Chinese teams will have.

In the first half of the trip, the Chinese delegation has had a number of projects that either filled the gaps in the Olympic Games or made historical breakthroughs.

In the second half, the surprises brought by the Chinese Legion to the audience will continue.