Chinanews.com, Beijing, February 11th. The Beijing Winter Olympics is about to be halfway through. The players did their best in the competition and showed their own style. And some interesting moments outside the stadium have also become the unique landscape of the Beijing Winter Olympics. Photo by China News Agency reporter Hou Yu The "Golden Dundun" in the dream   In the women's 5000-meter 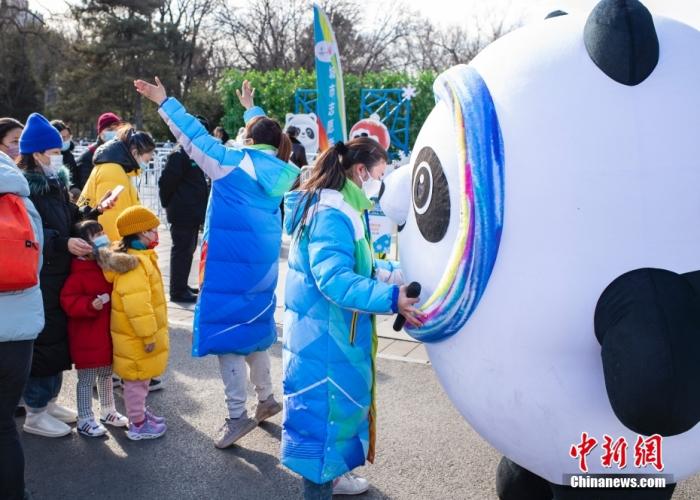 Chinanews.com, Beijing, February 11th. The Beijing Winter Olympics is about to be halfway through. The players did their best in the competition and showed their own style.

And some interesting moments outside the stadium have also become the unique landscape of the Beijing Winter Olympics.

The "Golden Dundun" in the dream

In the women's 5000-meter speed skating final on February 10, Dutch player Irene Schouten won the second gold medal at the Winter Olympics with a time of 6:43.51, breaking the Olympic record again.

During the presentation of souvenirs, Schouten couldn't wait to hold up "Jin Dundun" from the tray and smiled at the camera.

This picture is very similar to 6 days ago.

In the women's 3000-meter speed skating competition on the 5th, Schouten broke the Olympic record with a time of 3:56.93, helping the Netherlands win the first gold of the Winter Olympics.

"Being an Olympic champion has been my childhood dream, and no one can shake me!" said Irene Schouten.

The scene of a curling match.

age is never an issue

In the second round of the women's curling round robin, the Canadian team defeated the South Korean team 12:7, ushering in the first victory of the Beijing Winter Olympics.

In this match, Canadian player Jennifer Jones made 15 hits with a success rate of 88%.

The 47-year-old veteran told the world with her performance that she is still young.

As a Canadian curling legend, Jones led his team to an undefeated win at the 2006 Turin Winter Olympics.

16 years later, she stood on the Beijing Winter Olympics.

She said that she will try her best to play every game well and make persistent efforts.

Many people advised her that she should focus on one thing, which would make it easier to succeed, but Ledecka chose to go her own way.

"I know it's going to be challenging, but both projects are what I love in my heart."

On the afternoon of the 8th, the women's parallel giant slalom in snowboard at the Beijing Winter Olympics ended.

The "genius" player was not discouraged, "The snow conditions here are very good, I am very happy today."

Although it is the Winter Olympics, the warmth can be felt everywhere.

For example, in the Yanqing Winter Olympic Village, the staff prepared beautiful birthday cakes for the officials and athletes of the delegations.

On the birthday of foreign friends, birthday cakes decorated with fresh fruits will be prepared in advance in the Winter Olympic Village, and the cakes will be packaged to meet the requirements of epidemic prevention.

This not only ensures the safety of epidemic prevention, but also sends warm birthday wishes to foreign friends who have come to China from thousands of miles on this cold winter day.

The Olympic Games is a world-class sports event that demonstrates the spirit of "faster, higher, stronger and more united", and symbolizes world peace and friendship.

Such a warm-hearted move is also the embodiment of the Olympic spirit.