The national team manager about Frida Karlsson's challenge: "The Olympics should be fun and not just stress and pressure"

Frida Karlsson has two failed races behind her in the Olympics - a relay awaits on Saturday. - For her, it has been a lot about lowering her shoulders, she has had a pressure on herself but she is only 22 years old and is doing her first Olympics, says national team manager Anders Byström to SVT Sport. 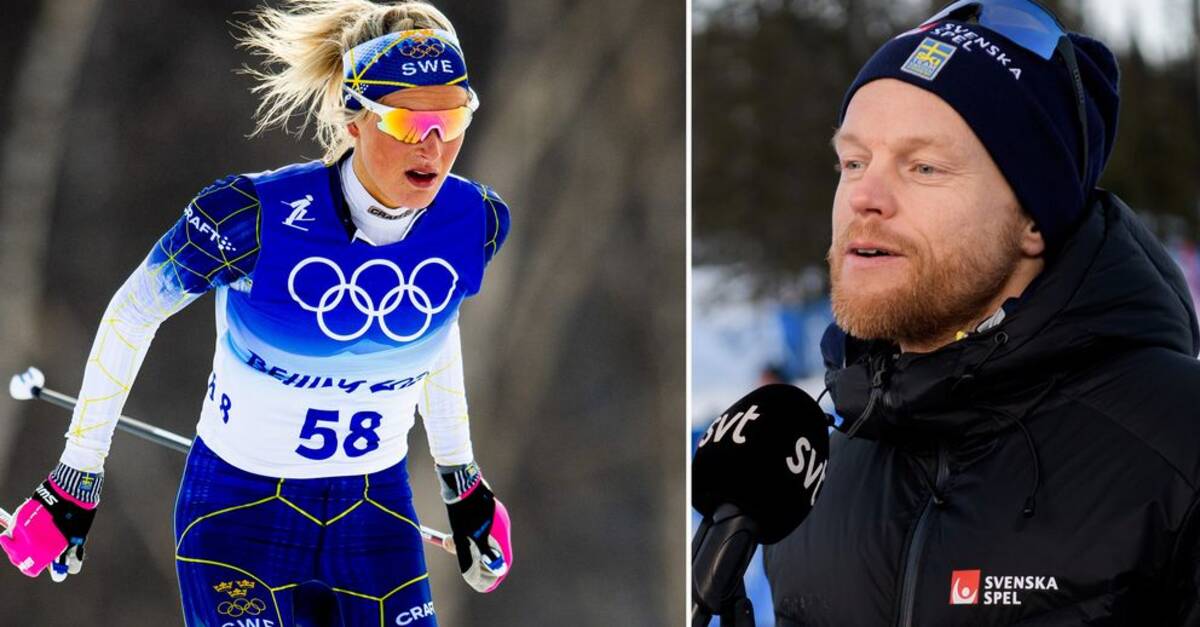 On Saturday, it's time for the women's long jump relay at the Olympics.

The team was presented on Friday;

- It was difficult to choose at first.

Emma Ribom has been strong but we believe that Maja's self-confidence and form that she had this season is good to have with her on the first leg, says national team manager Anders Byström to SVT Sport.

How did you think about the other routes?

- Ebba and Frida were quite given, Ebba has been better at classic here and Frida is strong.

I think it will go pretty fast on the middle distances and we have put them there.

Then we have seen that Jonna can sprint very well during the championship and it is the same sprint in skating at the relay, then Jonna is good to have there.

Frida Karlsson has had a heavy Olympics so far and after both races has needed help to get from the finish line.

During Friday, the day after the 10-kilometer race, Karlsson did not train at all.

According to the national team manager, she has only hung out with Maja Dahlqvist in the hotel room.

- For her, it has been a lot about lowering her shoulders, she has had pressure on her and many who think she should perform at an absolute peak, but she is only 22 years old and is doing her first Olympics, she is doing well according to the conditions.

What are the challenges for Karlsson before the relay?

- It's just about relaxing and feeling that it's fun to be at an Olympics.

The perspective is that the Olympics should be fun and not just a stress and pressure that it must go well all the time.

"She has reset now"

Byström is not worried about Karlsson's form.

- Now it's about going to a relay for Sweden, there is nothing more fun to do, she has reset now and feels happy to run a relay, it feels good with her.

She could have been at a U23 World Cup, do people forget that?

- Yes, I think people forget that.

When she went to Seefeld three years ago, she was still a junior and had everything to gain - now she has established herself at the top of the world.

It is fantastically done, but one must not forget that she is still in development.

Charlotte Kalla is not in the relay.

But it was not a difficult decision to put her aside.

- It may be a sad answer, but there are four that are better than her, she herself realizes that.

She has not got the results she wanted here at the Olympics and not earlier in the season either, he says.