The excitement of a Canadian player... “Only Hwang Dae-heon followed him, so he won his first Olympic silver medal.”

"I only followed Hwang Dae-heon and I got to the best place I could be!" Canadian athlete Steven Dubois, who took second place behind Hwang Dae-heon in the short track 1500 m final, gave a touching impression in an interview right after the race. 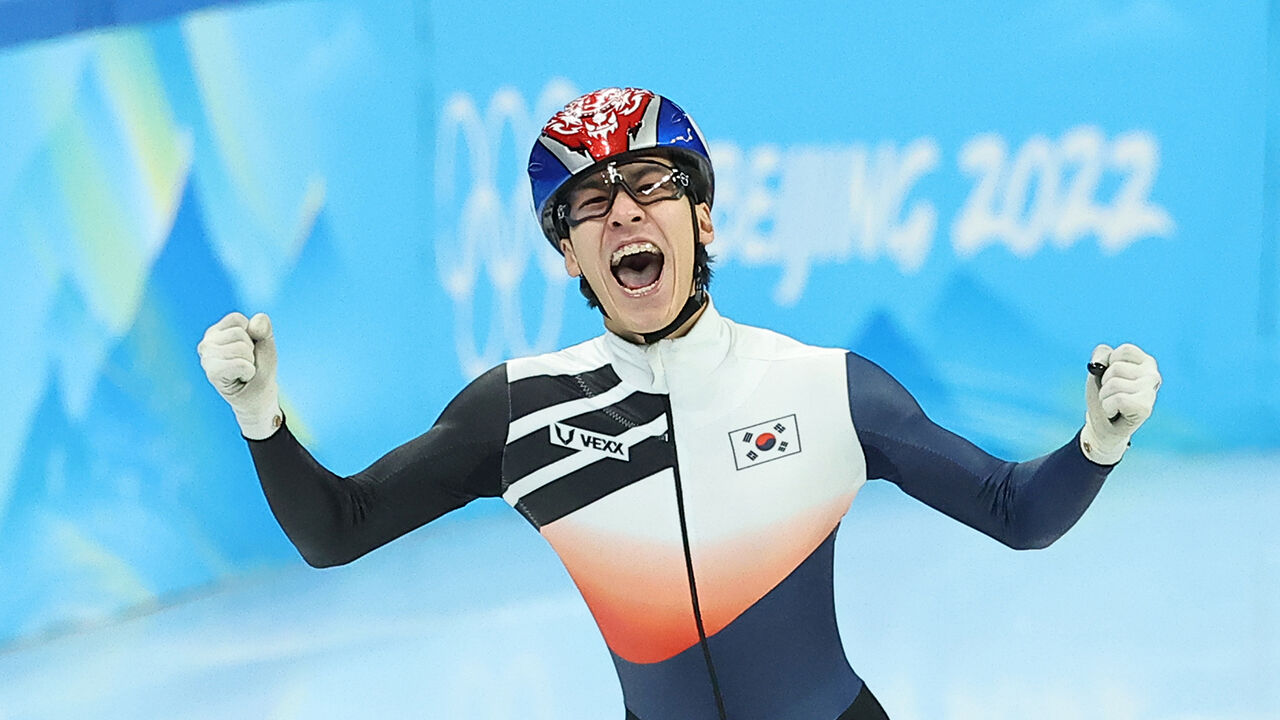 "I only followed Hwang Dae-heon and I got to the best place I could be!"

Canadian athlete Steven Dubois, who took second place behind Hwang Dae-heon in the short track 1500 m final, gave a touching impression in an interview right after the race.

It was Dubois's first Olympic medal.

In the men's 1500m final held at Beijing Capital Indoor Stadium yesterday (9th), Hwang Dae-heon was the first to cross the finish line with a time of 2:09.219, giving South Korea the first gold medal.

Immediately after the match, Dubois said in an interview with CBS in the US, "In the beginning, the Italian player (Yuri Contortola) hit and the game progressed quickly, so I was put under some kind of pressure, but I didn't want to go forward." Then the Korean player (Hwang Dae-heon) prepared something. Then I saw him speed up,” he recalled the tense situation at the time.

At the beginning of the game, Daeheon Hwang looked for an opportunity from behind and ran without hesitation to the out course with explosive acceleration ahead of the finish line 9 laps.

Hwang Dae-heon, who beat all the players in front at once, played a neat game, maintaining first place until the moment he crossed the finish line.

As a result of chasing closely to Hwang Dae-heon, Dubois passed the finish line in 2nd place and had the honor of being his first Olympic medalist.

In an interview, Dubois said, "There was too much left until the finish line (Hwang Dae-heon) was running too fast, but I was able to follow and finish the game in 2nd place with the thought of 'what's going on? If I didn't, I knew that I could win a medal."

He added, "I did my best because there were 10 great skaters, and I want to thank all the competitors who have been with me to get good skates."

Hwang Dae-heon, who declared a head-on breakthrough without succumbing to China's biased judgment, was a perfect sprint, leading a Canadian player to a silver medal over the 'wall of bad luck'.