Karlsson trained when she was told to rest

Frida Karlsson was advised to stay away from the training tracks after fainting after the Olympic skiathlon. She ignored that - and was completely finished even after 10 kilometers classic. - I said to Frida after the skiathlon "now I want you to take it easy tomorrow and not go to the track". But she was here anyway. They want so much, says national team doctor Jan Wall. 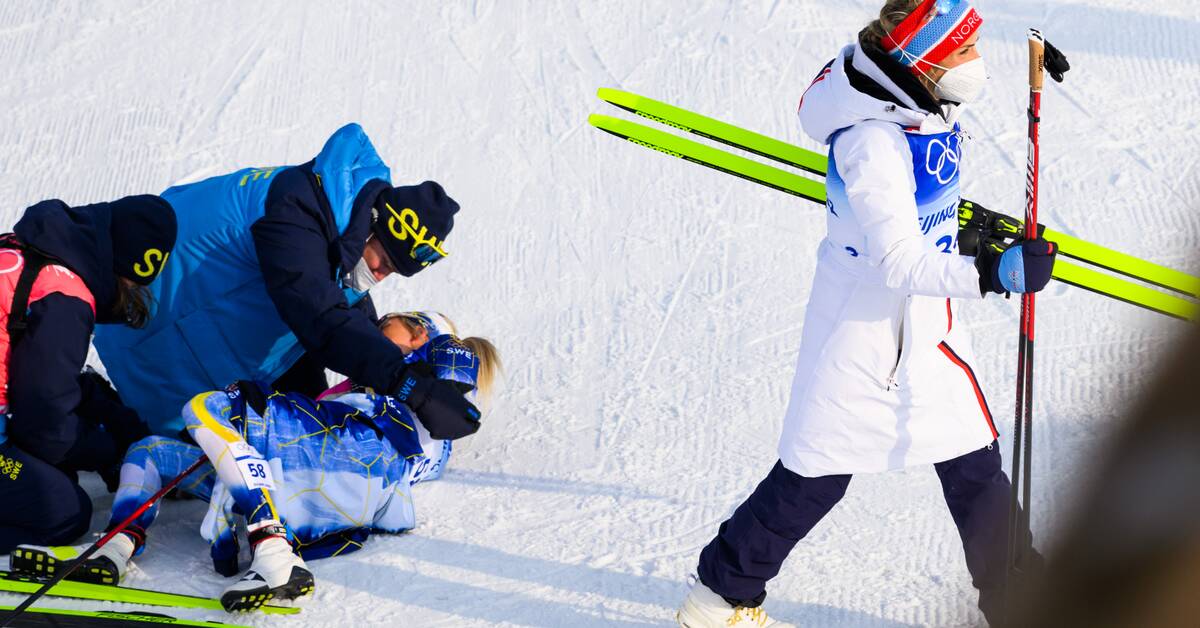 After all, he thinks it was okay for Karlsson to start today.

- But there was no doubt that she would go today, Wall says.

But Jan Wall assures that there was no danger with Frida Karlsson after the finish line in the 10-kilometer race where she finished twelfth.

A completely pumped-out Karlsson, with a lot of mucus around his mouth, had difficulty getting air.

She was quickly helped by her national team mate Ebba Andersson and then also by the Swedish leaders.

Jan Wall was one of those who supported Karlsson out of the goal line in Zhangjiakou.

- For Frida, it (mucus) often ends up around her mouth.

We ordinary exercisers spit it out, but these riders use their full physique during the race so they do not blow it out as much as we ordinary mortals do, says Wall.

- But today there was no major danger.

After Saturday's first Olympic race, the skiathlon, Frida Karlsson was even more finished and fainted, among other things.

With the result in hand, the 22-year-old did not have time to recover in time for Thursday's competition.

Should she even have started?

- I can not make that assessment now.

Had she been on the podium, it would have been worth it.

Now it was extreme in the skiathlon with Frida, she was completely pumped out.

Pretty soon in the evening she laughed and was happy, but I still think it has left its mark in the course of the day.

The problem with elite athletes is that it is difficult to stop them in important championships and competitions.

Wall tried to get Karlsson to take it easy after the skiathlon race.

- I said to Frida after the skiathlon "now I want you to take it easy tomorrow and not go to the track".

But she was here anyway.

They want so much, says Wall.

That's what they do, there's nothing strange about it.

Now it is time to try to get Karlsson to recover in the coming days, to get ready for Saturday's relay.