Blomquist: "Jonna is on her own planet today"

One of Swedish skiing's greatest days of all time. This is the SVT expert Anders Blomquist's opinion about the women's sprint final where Jonna Sundling took Olympic gold and Maja Dahlqvist silver. - It could have been a galactic championship, Jonna had won it too, he says. 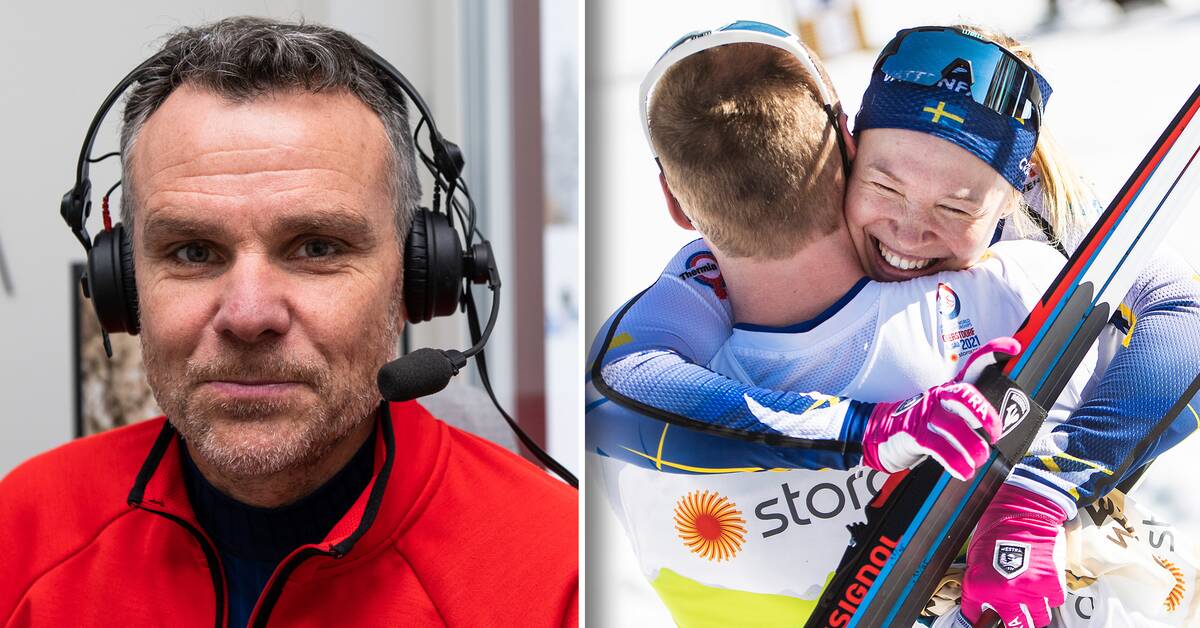 It was a blue-yellow huge success when the ladies' sprint was to be decided.

Jonna Sundling went over the finish line as superior number one and behind her Maja Dahlqvist sprinted home the silver after a hard fight with Jessica Diggins.

- It's a sprint with two different faces.

It is a skier who is so much more superior than anyone else.

And then one who is dumb early and does not bend down and who fights all the way in and stuffs the silver.

It is great skiing in different clans - one of the biggest days in Swedish skiing, says SVT Sports expert Anders Blomquist.

Jonna Sundling has had a choppy season with an early injury in the premiere in Gällivare that kept her away for over a month, and before the Olympics she had only had time for a single World Cup competition.

But when it came to most things, the 27-year-old's form was also the best.

- Sundling is on her own planet, today she is alone on the moon, It could have been a galactic championship, she would have won it too, says Blomquist.

Jonna Sundling and Maja Dahlqvist were first and second.

He is also very impressed by Maja Dahlqvist's fight for second place.

- She is a big favorite in the championship.

She has a lot of pressure on her and she does it well.

She is worn out early but does not bend down.

She fights with dumb legs and it is also a fantastic experience.