The ball is always in motion. That is why coaches, even the most purist, discover contradictions in models condemned to be more versatile than... 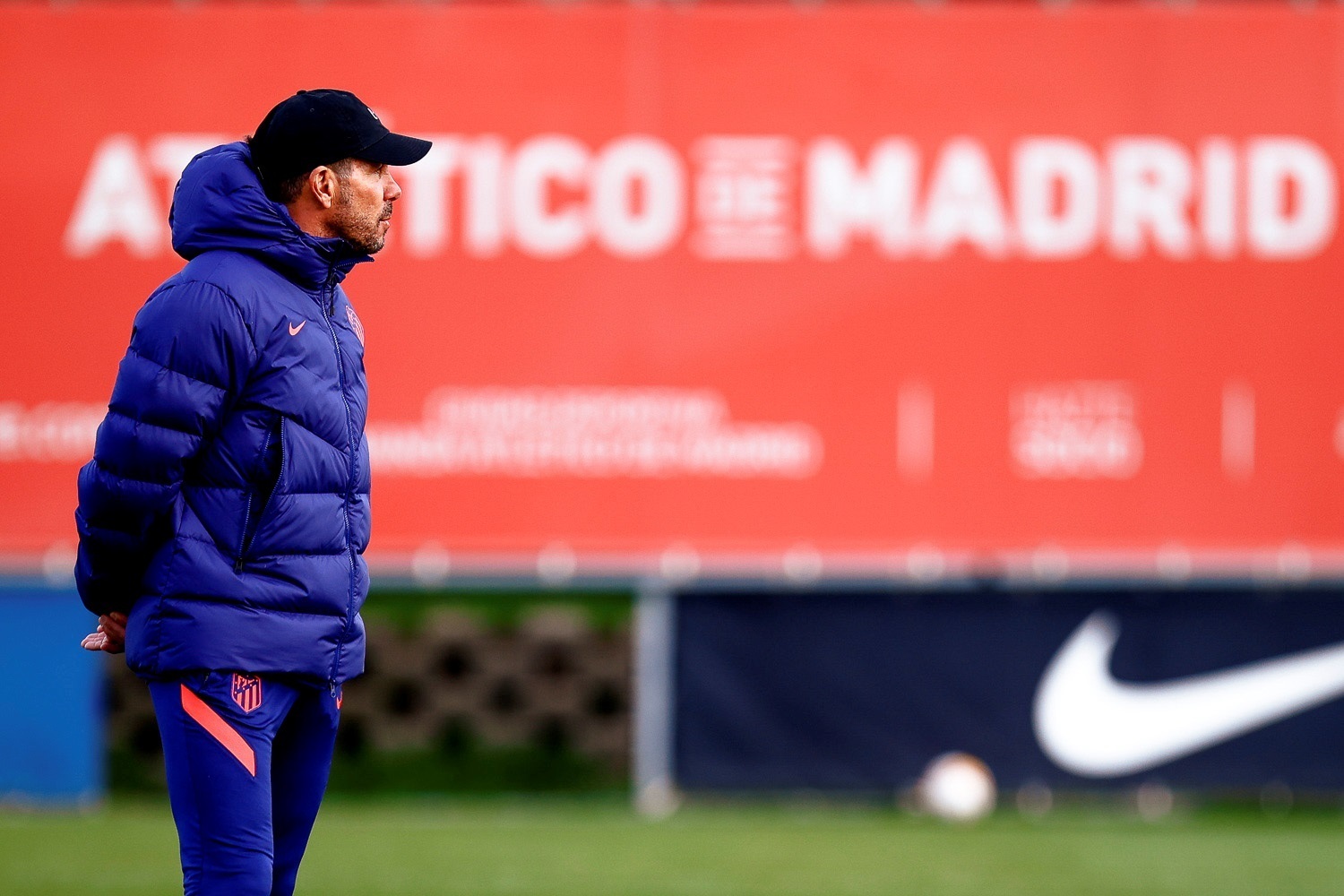 The ball is always in motion. That is why coaches, even the most purist, discover contradictions in models condemned to be more versatile than their followers would like. The elite forces it. Because this sport does not admit failure. And because the coach on duty must preach an ideology, both in the press room and in training, but also trust that third parties execute it just as he has imagined it. The story stuck in our minds would say that

, perfect antagonists during their career as midfielders, talent versus faith, decipher football in the opposite way.

Simeone and Xavi, in their respective media masses, thus reaffirmed themselves on the eve of their confrontation.

's style is not that of the big teams. Now, with the arrival of so many strikers, he will be able to deploy what he is looking for, wants and imagines," the Argentine cried yesterday.

The barcelonismo would not understand it

Instead, he would agree to pay attention to a variable that changes everything: survival.

And here the stage.

Atlético is 14 points off the top

Both, yes, have one game less than the leader,

But they offer worse sensations than

and Betis, the teams that have stormed the second and third places.

Atletico and azulgrana, unable to find any stability, try to solve structural problems that have nothing to do with each other while aspiring to reach the minimum objective of the season: a place in the

"The passion that moves you is to become champion"

Simeone, who like any self-respecting sports hero already has a series that celebrates his legend (

, Amazon), explained how, while still a footballer, at

he imagined himself as a coach and sought to solve all those problems of the that the players so many times disregard.

The passion that moves you is to be champion

And the Argentine, who said that one of the great advantages he had when he took over the rojiblanco bench is that he knew not only the props, but also "the Calderón seats", he knew what to do with a team he was going to start any inferiority complex: "The people of Atlético always wanted a competitive team. Strong defensively. Counterattacker. Annoying for the super powerful. That was the objective. Winning a League was almost impossible, but we managed to make Atlético no longer a coincidence. We became very hard from the defensive work... And we were growing offensively".

The success of his proposal does not support discussion.

No coach has won more than him at Atlético (eight titles, in addition to two Leagues).

He looks askance at

as the coach with the most games directed (558 compared to 611 for Zapatones).

Although, perhaps aware of the decompression suffered after winning the League of the 2013-14 season against

, tried to combat the hangover from last season's championship by amassing talent. In the effort to survive his own success, he prioritized, for the first time in his career, the chrome over the team, quality over sacrifice. And that Atlético who in August was given, and rightly so, the role of favorite, has an irregular passage through the League, saved his neck as best he could in the Champions League, and was separated from both the Copa del Rey and the Super Cup from Spain.

The decisions made in the summer were meant to help Simeone find more aesthetic paths to success.

was hired , a midfielder with a good footing to dominate the scene, and above all

, strikers who had to increase the competition in an area that already had

Without counting footballers with a marked offensive vocation such as

Meanwhile, the 4-4-2 and 3-5-2 were turning because the problem was not going to be in the attack, but in the growing instability generated in a midfield that did not know whether to look forward or backward , and in a rearguard in which his pieces (especially

) lost confidence as the team lengthened.

So Atlético is the third top scorer in the category (36 goals) and also the third team that finishes the most (218, with Betis and Real Madrid ahead).

On the other hand, it is the seventh that receives the most goals (26).

Never before had Simeone had a worse average number of goals conceded per game (1.26).

All this being Atlético who receive the fewest shots in the First Division (163).

That is, they throw little, but in better conditions.

With the ball stopped as a great Achilles heel and with deficiencies also on the banks.

has been corrected with the incorporation of

, Valencia's orchestra man, and to close the left-back, the Mozambican

, a legend behind Atlético's sticks and who occupied the

bench in 2009, describes that change of costume: "Atlético tries to take a small step forward, be more colorful, have more arrival and leave the feeling that He intends to go for the game. And he can do it perfectly because he has a very good team and with players with a very offensive profile. Although he wants to do it without losing his essence, which is balance".

When asked why that balance has not arrived, Abel looks at the defense: "While the team prioritized taking that step forward, complications accumulated. Injuries, Covid... The starting defense has barely been able to play Because

is decisive behind, and

, being well, offers a great package. It is normal that it has been the line that has suffered the most".

, in any case, is separated by an ocean from Simeone: "I don't think Barcelona fans understood the idea of ​​playing for Atlético. It wouldn't fit in here. I don't want to say that it doesn't have merit or that it hasn't helped them win titles "But it's not our idea. It's a reality. Here they wouldn't understand why eleven of us locked ourselves in the box.

It doesn't mean I don't admire

convincing his players to run. It's not a criticism. He's a great coach. But it's not Barca's style".

Barcelona is the team with the

most possession in the tournament

Barça focuses more than Atlético (436 to 428) and is also the one who scores the most headers (eight to the six of the rojiblancos).

After this winter market, Xavi has built a new team from the forwards (ten, with seven midfielders).

stand out for being footballers who exploit their virtues in the open field, not so much in small spaces.

A way to combat rivals who press high, but that will make self-government difficult and the fight against the low bloc.

"Barça does not have an identity as marked as in recent years, when it prioritized control of the ball and allowed individual players, especially

, to make the difference. This Barcelona does what it can with what it has," says Abel, who concludes: "Xavi has worried about not conceding goals, because it has cost him a lot to score them. And, with all due respect, I don't know what results the new additions will give in attack. I'm sure he wants to continue with

, but he must have the right players."

Copa del ReyElche - Madrid, Real Sociedad - Atlético, Betis - Sevilla and Athletic - Barça in the round of 16 of the Copa del Rey