CAN-2022: how to explain the absence of the Maghreb in the last four?

Algeria, defending champion and favorite, left without glory in the first round of the CAN. Morocco and Tunisia eliminated in the quarter-finals… Despite undeniable qualities of play, no selection… 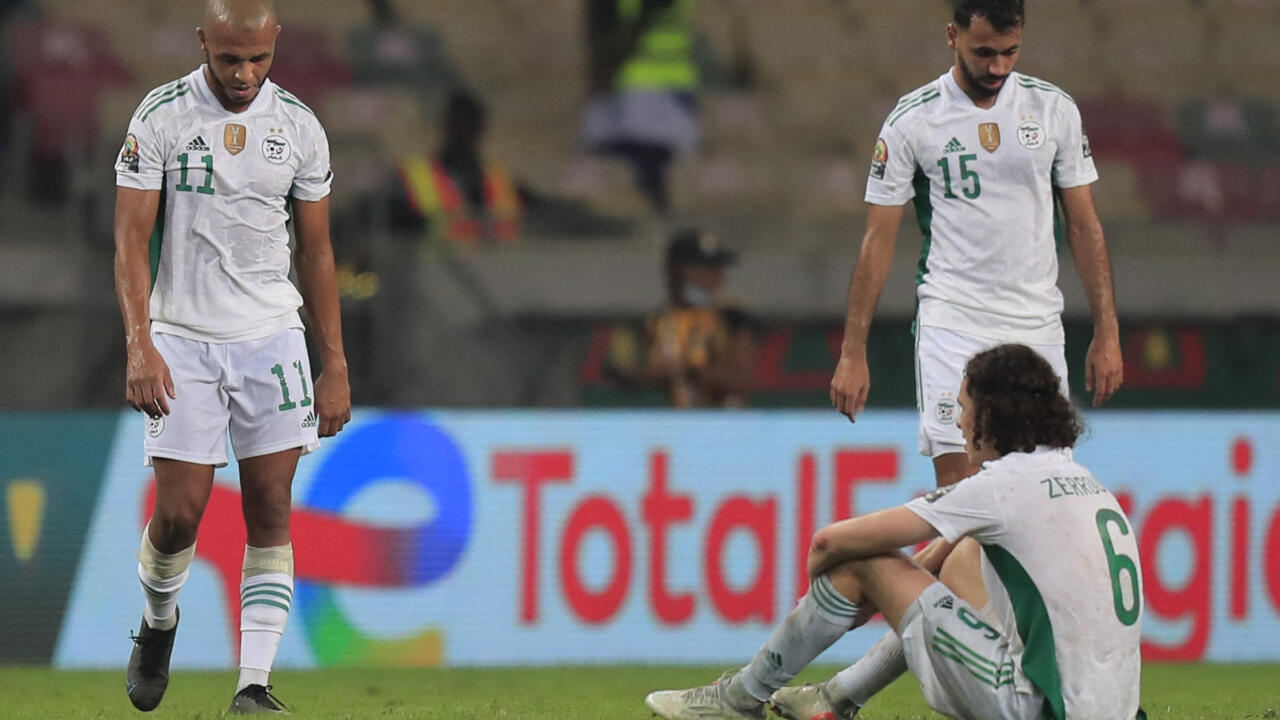 In 2019, during the African Cup of Nations in Egypt, the coronation of Algeria brought the Maghreb to the top of African football.

A prosperous year since, during this 32nd edition, Tunisia also reached the semi-finals.

Only downside, Morocco surprised in the round of 16, eliminated by Benin on penalties.

But in Cameroon, for the 2022 edition, none of these three teams reached the last four of the competition.

The biggest disappointment obviously comes from Algeria, arch-favorites and eliminated in the first round without having won a single match.

Morocco, after a convincing first round, was taken out in the quarterfinals by Egypt, as was Tunisia, which fell ingloriously against Burkina Faso.

How to explain this relative failure of Maghreb football at CAN-2022, after the promises of 2019?

The explanations of Nabil Djellit, journalist for France Football, also consultant for RFI.

France 24: How to explain the bankruptcy of Algeria?

It's an XXL fiasco for the defending champions, who arrived on an exceptional dynamic and a series of unbeaten 35 matches!

But precisely, I think that the players put too much pressure on themselves, it ate their brains.

The team, like its coach, lacked serenity on this CAN, and in particular emotional serenity.

This resulted on the ground in an excess of precipitation, the team sweating fear: as long as they had not scored, they panicked.

Algeria gave the impression of having an anxiety attack.

There may also have been a loss of momentum in the Algerian selection, not enough renewal.

It's been the same team for three years, and the players arrived at the CAN with disparate states of form.

All of that combined resulted in this massive road trip.

This Algeria 2022 is one of the biggest fiascos in the history of CAN.

Defending champion @elkhedra is eliminated first in a 24-team competition.

Morocco and Tunisia have experienced much more renewal.

Morocco's course would have been successful if it had gone through to the semi-finals.

The team showed great things, especially in the first round, and may have regrets.

It's a solid team, but which, in the quarters, fell into the trap of Egypt, a CAN heavyweight, with experience, and an extraordinary striker!

For Morocco it's more the story of a failed match than a failed tournament.

Moreover, by caricaturing, Morocco did not lose against Egypt, it lost against Mohamed Salah.

Morocco wanted too much to control at 1-0... There will be huge regrets for the Atlas Lions on this #CAN2021

Tunisia arrived in their usual role of somewhat underestimated outsiders.

It had a difficult start, with a badly refereed first match, and was then decimated by the Covid-19.

The team changed with each match… If the coach, Mondher Kebaier, was sacked after the tournament, it was mainly because a scapegoat was needed.

Tunisia was in the semi-finals last time, there they could have been, but in the quarters against Burkina Faso, they lacked attacking momentum, and were simply not good.

Tunisia missed too much.

Except for the 2019 edition, how do you explain that Maghreb selections rarely reach the last four of a CAN

And that they fail to win in sub-Saharan Africa

To understand the failure of the Maghreb selections, we must take the counter-example of the Egyptians.

Their players are used to African games: a large part of the selection is made up of local players, who have expertise in matches in sub-Saharan Africa, with the African Champions League in particular.

Algeria, Morocco and, to a lesser extent, Tunisia, are more binational selections, whose players come from all over Europe.

When they arrive at the CAN, they are not necessarily in 'their natural element'.

In Europe, they play on 'billiards', so for them, the pitch at the Japoma stadium is a cross country pitch!

It's not an excuse, but it would be hypocritical to say that it does not influence their style of play.

In addition, these are teams that like to produce play, so faced with opponents who 'don't play', there is a leveling down: on a field in poor condition and under the dodger, it's easier to defend than to attack.