Medvedev, the "shark" waiting for Nadal on the shore: "It didn't take long to send the game to hell"

"Off the track, he is talkative, a joker. Last year, during the quarantine, in Melbourne, we trained 14 days with him. Now, inside the field is a shark,... 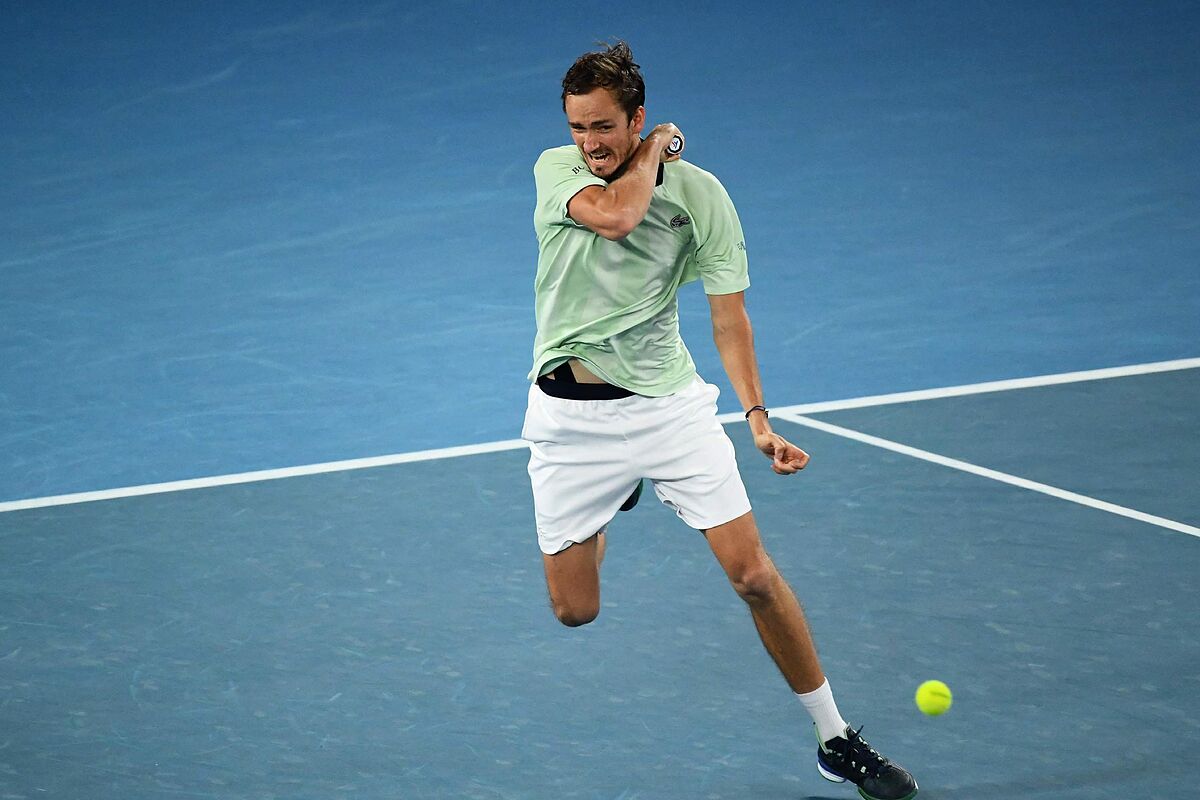 "Off the track, he is talkative, a joker. Last year, during the quarantine, in Melbourne, we trained 14 days with him. Now, on the court he is a shark, a competitive beast».

(Moscow, 1996) first-hand.The player from Castellón is one of the few undefeated players against

's opponent this Sunday in the Open final. Australia Bautista has won all three matches, most recently in the Miami Masters 1000 quarterfinals last year.

“If you play him slow on the right, giving him the initiative, sometimes he feels more uncomfortable.

If you look for him directly you run into a wall, ”adds Vendrell in a telephone conversation with this newspaper, praising the qualities of the current US Open champion.

«He is very intelligent, he is like a computer.

He manages the rhythms, the directions well.

When he is ahead on the scoreboard, he makes the track very small.

Interpret the spaces of the field well.

Sometimes, if you're at a disadvantage, you can speed up."

Daniil Medvedev's last loss in a Grand Slam tournament came in the round of 16 at Wimbledon, against Poland's

The Russian, second seeded in this Australian Open, first, actually, after the absence of

, chained 13 consecutive victories in the

He beat the Serbian in the US Open final, leaving him not only without the 21st major, but also without the chance of becoming the third player to win all four majors in the same season.

This Sunday he will try to prevent Nadal from reaching the top with number 21. «He has grown in confidence, in status.

He feels superior when he walks onto the track.

Yesterday, in the semifinals, he beat

But his critical moment in the tournament was against

, when he had to save a match point from 4-5 down in the fourth set.

He did it with a winning serve and arrived happy at the port after a very tough match, of almost five hours, which, apparently, did not leave him with too many consequences, in view of his performance against Tsitsipas.

We are facing a different player to all, who does not fit any last.

Under the guise of unorthodox and disjointed tennis, there is a methodical work, with different tactical alternatives, someone who finds it very difficult to find a way around.

A late-rise tennis player, Medvedev has barely had three seasons rubbing shoulders with the best, but it's clear he's here to stay.

This Sunday's will be his fourth Grand Slam final.

He lost the first with Nadal, at the 2019 US Open, not without leaving an amazing reaction that endangered the victory of the Spaniard, who ended up winning in five sets.

He fell again a year ago in Australia, against

, before the aforementioned victory in Flushing Meadows.

“He has found a game pattern and mental stability.

He has convinced himself that he is stronger than the rest”, says

before embarking on a trip to Montpellier with his pupil,

6-2 in the second round of last year's Mutua Madrid Open, in their only meeting to date.

“He is capable of opening the track from very far away positions.

Others have a hard time disarming him.

He has a great serve and is uncomfortable when subtracting due to the size of his arms, "continues Aguirre.

The most awkward opponent

Both cold and temperamental, he is an indecipherable tennis player, who gives the impression of playing on the sidelines. He confesses that he does not usually feel afraid on the track. He did not have it, or did not show signs of suffering it, before the spectacular performance of Auger-Alliasime, who never lowered his arms. Apart from Djokovic and Nadal, Medvedev is beginning to be the man nobody wants to face, due to his instinctive ability to make his opponents play badly.

“He is a great competitor. He runs non-stop and I think he could be doing it for hours and hours. I'm not sure if that will affect his career sooner or later. He is a very physical player and without a doubt he deserves to be fighting for the title," accepted Tsitsipas, who received a warning because, according to the chair umpire's assessment and after Medvedev's complaints, he had communicated with his coach during the match.

The Russian had received a

for the same reason and had harsh words for the judge, the Spanish

“Your father can speak at all points?

Can your father speak at all points?

Will you answer my question?

You are so bad!

How can you be so bad in the semifinals of a Grand Slam?

After the match, he confessed that he was a bit out of it after losing his serve.

“Before it was very unstable, it had too many loopholes.

It didn't take long to send a game to hell.

He was killing his inner demons, although sometimes, like yesterday, the goat shoots into the bush.

The difference is also that now these situations do not affect his game, "explains Davidovich's coach.

Winner of 13 titles, including a Grand Slam, the ATP Finals and four Masters 1000, he is by far the most advanced of the generation that intends to put an end to the dominance of the so-called Big Three.

He has seven consecutive Grand Slam tournaments going into the second week, although his performance drops on clay and grass.

"I don't have a lot of pressure.

I know what I'm capable of when I'm playing well.

I know I can beat anyone," she said.

"The second round, against

] was very demanding, but it gave me a lot of confidence in my own strength, in my own tennis.

After the US Open I feel capable of winning seven matches in a row.

And the last one, against Novak, was epic.

I knew before this tournament that it was possible.

And that is what I am going to try to demonstrate », he warns.

Australian Open 2022Nadal holds Berrettini and stands in the final, where he will seek his twenty-first Grand Slam title