Jorge Azcón, mayor of Zaragoza before the Olympic conflict: "Catalonia has insulted Aragón"

"Today Spain has less chance of hosting the 2030 Winter Olympics. That is a reality." This is how Jorge Azcón, mayor of ... 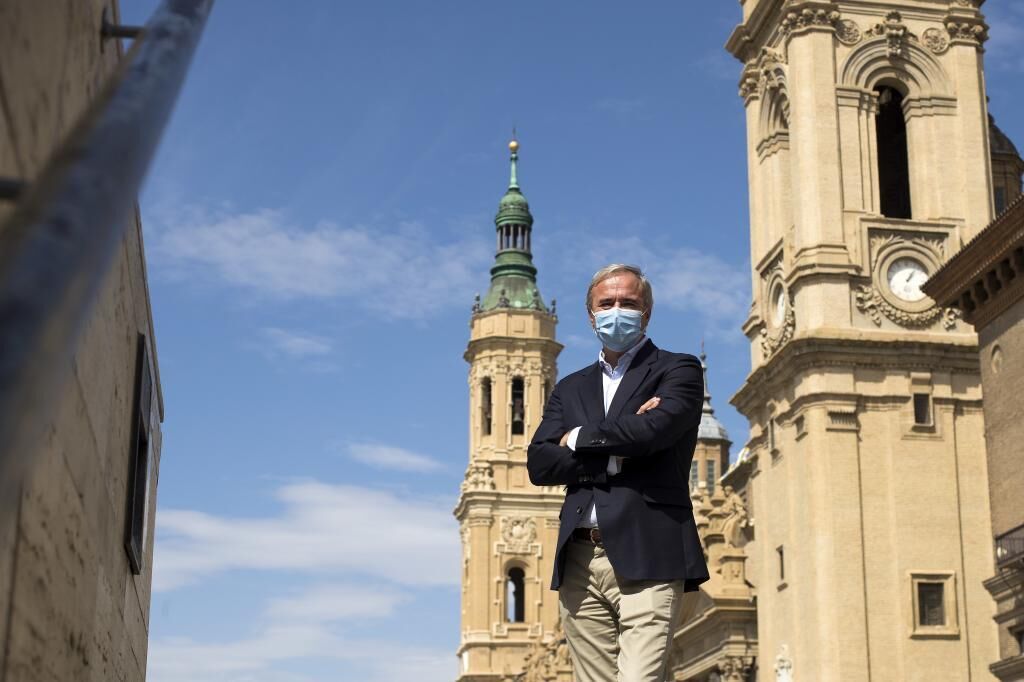 "Today Spain has less chance of hosting the 2030 Winter Olympics. That is a reality."

This is how Jorge Azcón

expresses himself to EL MUNDO .

The president of the PP of Aragon attends with great skepticism to the resolution of the open political conflict between the governments of Catalonia and Aragon for the leadership of a candidacy that, in any case, must be presented by the Spanish Olympic Committee (COE).

The Olympic project has taken a dangerous path due to the inability of the political actors involved to unify a story. The Generalitat de ERC and Junts per Catalunya, aware of the reluctance of its pro-independence bases to a project in which it must go hand in hand with both the COE and the Spanish government, tries to safeguard itself. In addition to promoting the convening of a "binding consultation" only in the Alt Pirineu and Aran veguerías, he insists that the role of the Aragonese in the Olympic Games must be "technical" and simply "complementary." That was what

, Minister of the Presidency of the Generalitat, repeated yesterday on the RAC1 radio station.

responded with a promise: "We will not accept subordinate positions."

And also with a dramatic slam, by refusing to receive

After consultation, yes, to Moncloa as ERC is one of the essential partners of the Government.

With the labor reform still in the pipeline.

“In all this controversy, Catalonia has insulted us.

Today in Aragón we feel insulted”, continues Azcón, who expands: “And who defends Aragón from the insult?

It is evident that the President of the Spanish Government has not done so.

Nor the president of Aragon.

In addition to suspending the meeting, Javier Lambán should have told Pere Aragonès what the Aragonese are, what we represent and how we feel.

Azcón also maintains that there must be "strict equality" between Catalonia and Aragon in the candidacy for the 2030 Winter Games. And for this the mayor of Zaragoza gives the example of the hypothetical ceremonies: "If the closing ceremony were in Barcelona , the inauguration should be in Zaragoza. Or vice versa. It is an essential part of the agreement. The candidatures in strict equality go through this distribution. In the same way, we would not allow the name of the candidacy to be only Pyrenees-Barcelona. If that were the formula, the name would have to be

. They cannot think that this is not so."

“I don't know if there will be a solution to all this. Hopefully not only will there be a joint bid, but also that the Olympic Games can be won for our land. But between the management that the Aragonese socialists and the Catalan independentists have done, the possibilities of Spain holding the Games in 2030 are infinitely smaller, ”Azcón ditches.

From the Government, beyond the internal diplomacy before a COE that has been forced to deal with a major political conflict, they complain that it was

Vilagrà pointed out to the President of the Government in RAC1: «[Sánchez] made a promise that he could not make.

We have always explained that our proposal is not 50%-50%.

That this cannot be.

It must be a very technical and weighted proposal in relation to the assets of each territory.

Entering here at 50% is absurd.

This candidacy stems from a Catalan project from many years ago.

FamiliesUrdangarin returns to the new normality: family plans, bicycle and some pot