It was a dull Real Madrid and visibly lacking in spark. It was a Madrid lost almost all afternoon in Monaco, erratic, overcome and finally practically defeated until... 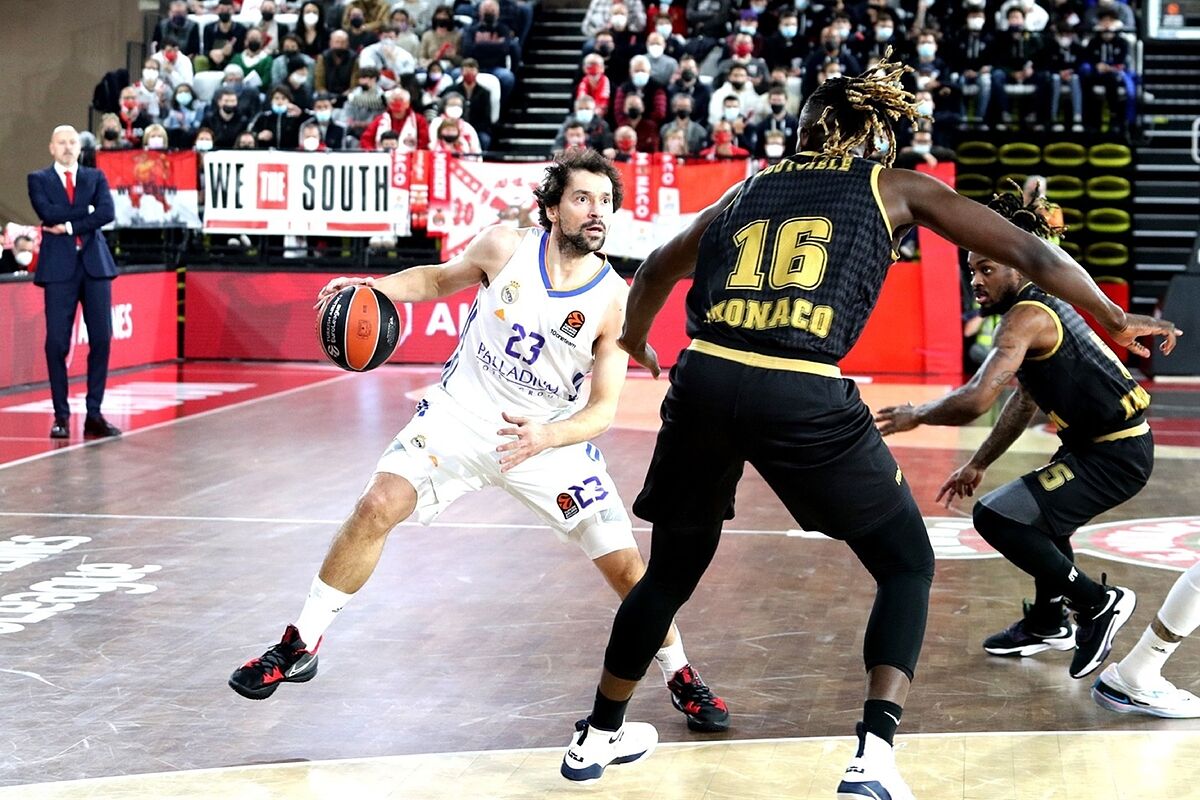 It was a dull Real Madrid and visibly lacking in spark.

It was a Madrid lost almost all afternoon in Monaco, erratic, overcome and finally practically defeated up to twice.

And yet, it was a winning Madrid, because where so many would have thrown in the towel, saving their efforts and thinking of something else,

It is not the first time that his self-esteem has given him victories that are not forgotten, those that strengthen the group. Because in the denied duel, in the bad game, he is also capable of surviving. The first overtime was forced by

's efforts , the second by

's might . All sweetened by the continuous and capricious mistakes of

. In both scenarios Madrid was condemned, but came back to add victory number 13 in the last 14 in Europe, to continue leading.

Everything was strange in the Principality, Madrid's first visit to the Euroleague.

From dawn, with an area that first destroyed Madrid as if it were a toy.

Although later he became entangled in his own mistakes that anticipated the nightmare, chained losses and the second fault of

Nor was the beginning of the second act pleasant, with

imposing their physique and an advantage that came to alarm (27-19).

led the energy of a small, more dynamic quintet that suffocated the Eurocup champion and allowed Madrid to go into the break with a minimal advantage and recovered sensations.

Because there, in that impasse, it seemed that the blow was coming. Five triples and a dominant

to return from the break (47-56). And then, as if he lacked energy (he played on Sunday against Barça and on Tuesday the postponed Euroleague game against Unics), the whites were hypnotized by

's dash , eight consecutive points, a quarter that lasted until 14-2 and that put the Monegasques fully into the battle.

It was wild and out of control.

Doomed to an outcome in the abyss.

Madrid now survived thanks to their mastery of the rebound, the damage done to the locals by those trapped in their own hoop, especially by

But, without much news from

, a guy with NBA pedigree, who took the reins.

Two great individual actions by the former Hornets left the victory within reach for Monaco (66-60 with 2:32 remaining).

Madrid was in a mess.

And only such a team is capable of avoiding it, of appealing to the heroic.

It was a triple by Yabusele in the face of the rival's doubts and three consecutive actions by Rudy that define his dimension as a player.

He first challenged James defensively, who accepted the challenge and missed precipitously.

He then answered with the game-tying 3-pointer and finally hit the 3-pointer into Diallo's corner.

Bacon also the final pitch and the duel went into overtime.

But Madrid, despite the flash of self-love, was a wounded animal.

Exhausted and erratic in overtime, he conceded an 8-0 run that left him shivering again.

And the failures of the genius James, who ended up wearing an impressive cap from Tavares to go to the second extra time.

, playing against a rival that seemed immortal.

Deck raised the bid and a triple by

was the last straw to an epic game.

BasketballEl Plan renove del 'lasismo': the strategy with which Real Madrid has revolutionized its squad