Russian tennis player Daniil Medvedev twice apologized to the judge on the tower after the semifinal match with the Greek Stefanos Tsitsipas (7:6 (7:5), 4:6, 6:4, 6:1) at the first Australian Open Grand Slam tournament of the season in Melbourne . 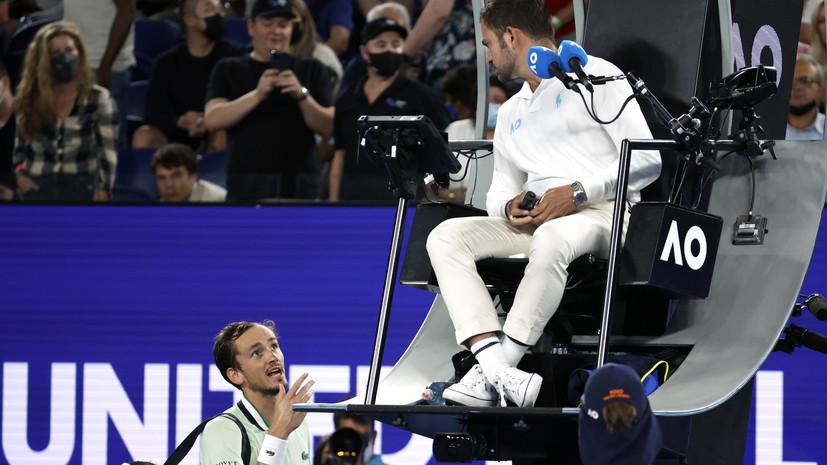 The Russian apologized for his words, which he said to the referee during the game.

Recall that after losing the second set, the 25-year-old player criticized the work of the referee due to the fact that the opponent's father constantly said something to his son during the game, which is prohibited.

Medvedev insulted the referee and complained that he did not make remarks to Stefanos.

Earlier it was reported that Medvedev defeated Tsitsipas and will play with Nadal in the final of the Australian Open.