“The Present and the Future” .. Two million people interacted with the image of Ibrahim Benzema and Ronaldo Junior together, the way the fathers did

French star Karim Benzema ignited the platforms with a photo that he posted on his official accounts on social media. His son Ibrahim gathered with the son of Portuguese star Cristiano Ronaldo standing next to each other and wearing their parents' shirts. 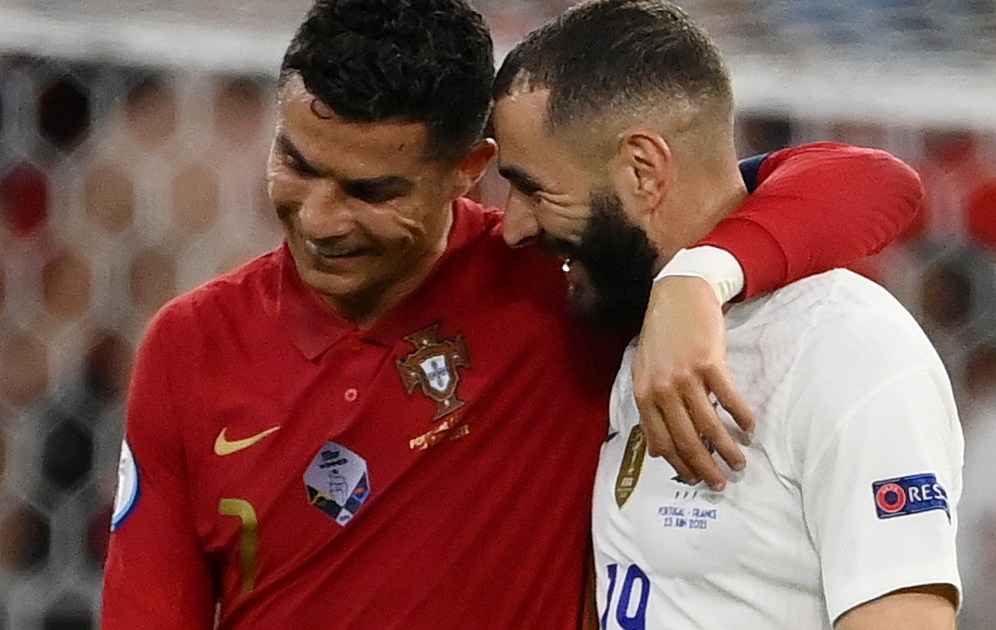 French star Karim Benzema ignited the platforms with a picture that he posted on his official accounts on social media. His son Ibrahim gathered with the son of Portuguese star Cristiano Ronaldo standing next to each other and wearing their parents' shirts with their country's national teams.

Benzema participated in a composite image of two images, the first of which he gathered with Cristiano Ronaldo in a previous match between the French and Portuguese national teams, and next to it is a picture of Ibrahim and Ronaldo Junior, who are together in one of the meetings that brought the two families together.

The French striker and Real Madrid's Spanish star put a reference to Ronaldo on the photo, saying to him, "What next?", with a heart symbol and a star.

Within hours, the photo received a great interaction from followers on the communication sites, and it gained more than two million likes on Benzema's account on Instagram, while it achieved more than 400 thousand likes on Twitter, and the same on Facebook, along with tens of thousands of comments.

Tweeters celebrated the image of the two sons of two great stars who enjoyed a strong friendship from previous years, when Ronaldo was a Real Madrid player.

Some of them pointed out that the picture combines "the present and the future", and others considered it the most beautiful pictures that combine the two stars and their two sons.

Ronaldo and Benzema share memories with Real Madrid over 9 consecutive years, in which they achieved many footballing achievements together. The two began their career together in the Royal in 2009, until the Portuguese left in 2018 to Juventus, Italy.