From "Technology Bed" to "Technology Museum", how will the Winter Olympics be equipped with technological wings? 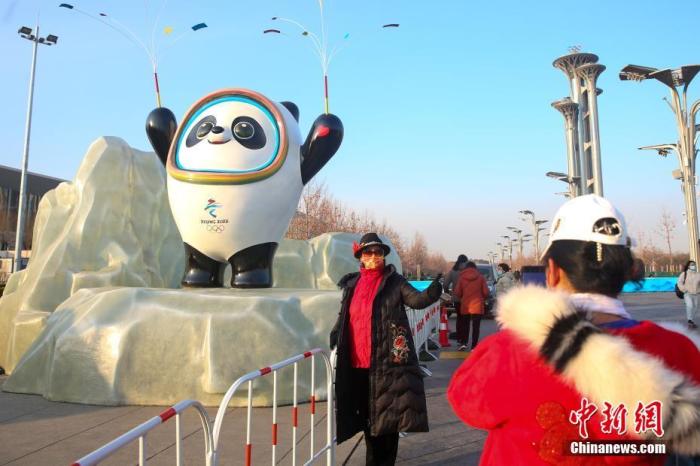 The Beijing Winter Olympics mascot "Bing Dun Dun", who has been active on social platforms recently, is cute and lively. Dressed in an ice crystal shell, it resembles a "Space Panda" in a space suit. It is very technological and futuristic.

Also eye-catching is the "technical bed" of the Zhangjiakou Winter Olympics Village Athlete's Apartment. Its design follows ergonomic principles and can be freely lifted and lowered to provide the best support for the human spine, promote blood circulation, and allow athletes to return to their homes. Relax in bed.

"There are still many such technology cases. This year's Winter Olympics will have a bright technology background. From the preparation to the on-site display, the concept of 'Science and Technology Olympics' is consistent." Professor, School of Journalism and Communication, Beijing Normal University, International Communication and Zhou Min, director of the effect evaluation center, said in an interview with a reporter from China News Agency.

As early as 2000, in the process of Beijing's bid to host the 2008 Summer Olympics, it clearly put forward the concept of "Science and Technology Olympics".

The 2022 Beijing Winter Olympics is in the same vein and puts forward the vision of "Science and Technology Winter Olympics". The Olympic movement and the development of modern science and technology are inseparable.

Walking into the Beijing Winter Olympics venues, technology and the Olympics are colliding again and again with sparks of wisdom, all of which demonstrate the power of technological innovation in the Winter Olympics.

The National Ski Jumping Center "Xue Ruyi" and Shougang Ski Jumping Platform are the first to use competitive artificial profile track design methods and key construction technologies that meet international standards; as the only one in the world that can run both water sports and ice sports The "Double Olympics" venues of the National Aquatics Center are inseparable from the innovative application of technologies such as convertible structural systems and removable ice-making systems; the National Speed ​​Skating Hall "Ice Ribbon" is the only new building for this event. The ice competition venue adopts the single-layer two-way orthogonal saddle-shaped cable net roof with the largest span in the world at present, and the steel consumption is only a quarter of that of the traditional roof.

"The Olympic Games is not only one of the most important sports events in the world, but also an excellent scene to reflect the country's scientific and technological innovation capabilities. In addition to digital media technology and intelligent communication technology, this Winter Olympics also applies concepts such as green environmental protection technology." Zhou Min said.

"Ice Ribbon" is the first Winter Olympics speed skating venue in the world to use carbon dioxide transcritical direct cooling ice-making technology, and the carbon emission value is close to zero; the National Ski Jumping Center efficiently recycles and stores snowmelt water and natural precipitation. The "micro-circulation" of water in the entire area; all venues during the Beijing Winter Olympics will achieve 100% green electricity supply, which is the first time in the history of the Olympic Games... These "green" wisdom crystals are the best models for interpreting "Science and Technology Olympics" .

In Zhou Min's view, since the outbreak of the new crown pneumonia epidemic, the public's scientific and technological literacy is rapidly improving, and the technology communication environment has been continuously improved.

"The concept of 'Science and Technology Olympics' can promote the Winter Olympics to become a scene of scientific and technological exchanges and experience, promote the popularization of Olympic culture, and enhance the atmosphere of social science and technology innovation."

From the people-oriented "technology bed" to the empowerment and innovation of the "science and technology museum", the Winter Olympics have been equipped with technological wings.

The concept of "Science and Technology Olympics" has left a rich material and spiritual legacy for the Olympic cause and social development. After the event, they will be transformed into popular scientific and technological achievements, which will continue to positively influence the host city and contribute Chinese wisdom to building a better world.