Defender Achraf Hakimi scored an amazing goal and led Morocco to beat Malawi 2-1 and reach the quarter-finals of the ongoing African Nations in Cameroon. Senegal escaped from the head trap and secured the passage with a difficult 2-1 victory. 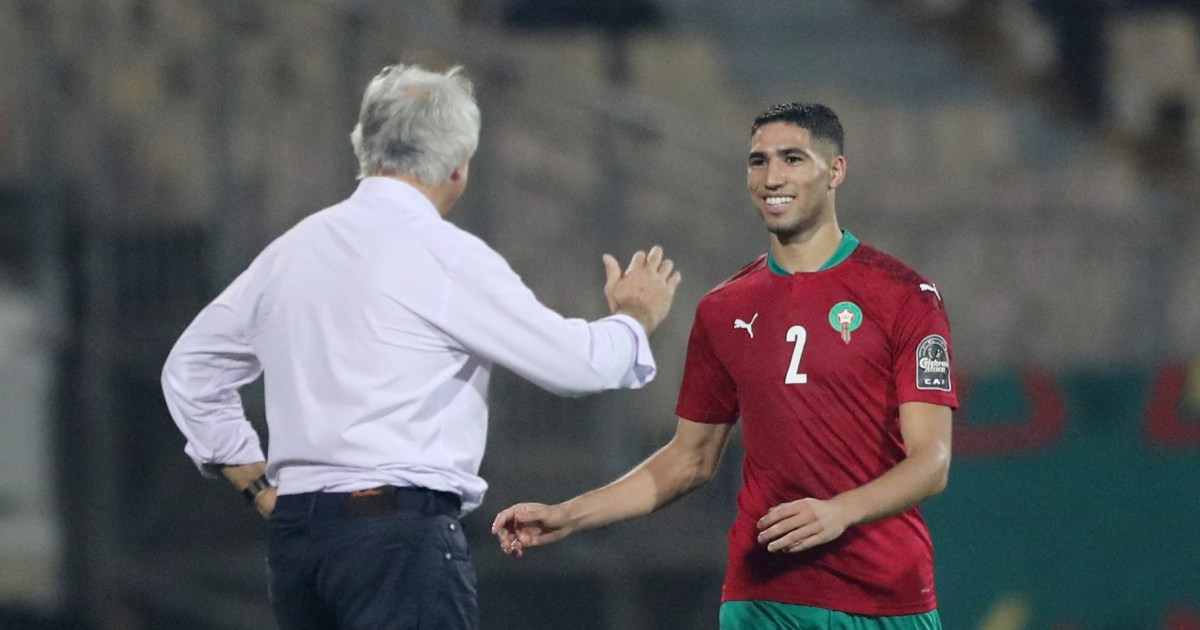 Defender Achraf Hakimi scored an amazing goal and led Morocco to beat Malawi 2-1 and reach the quarter-finals of the ongoing African Nations in Cameroon. Senegal escaped from the head trap and secured the passage with a difficult 2-1 victory.

At Ahmedou Ahidjo Stadium in the capital, Yaounde, Malawi was the initiator of the scoring with a special goal from player Frank Mahango, who hit a long ball in the seventh minute that deflected goalkeeper Yassin Bono.

And in the 23rd minute, the same player missed a dangerous opportunity from the left side when he fired a hasty shot that passed next to the left post of Bono's goal.

The crossbar received a direct shot from Moroccan captain Roman Sais in the 33rd minute after a cross pass.

3 minutes before the end of the first half, the post and goalkeeper responded another shot by Hakimi, before Youssef Al-Nusairi equalized with a header in the second minute of stoppage time after a cross pass from Salim Amlah.

Lions do not die... Youssef Al-Nusairi is equivalent to the Moroccan national team 🇲🇦 #African Nations_Cup |

This time, Hakimi scored the winning goal in the 70th minute with a superb free kick shot that hit the top corner of Thom's goal.

The Moroccan team, which won the title once in 1976, will meet in the quarter-finals with the winner of the confrontations between Egypt and Ivory Coast on Wednesday at the end of the final price matches.

On the other hand, Sadio Mane scored a goal and then went out injured to lead Senegal to a 2-0 win over Cape Verde, which completed the match with 9 players.

Mane scored after a neat shot, after a corner kick, from inside the penalty area in the 63rd minute, and his replacement, Bamba Diang, added the second goal after completely alone with the goal in the second minute of overtime.

A few minutes after the first goal, Mane fell to the ground and asked to leave, after it appeared that he was suffering from a head injury.

Mane was hit in the head with a joint ball with Cape Verdean goalkeeper Fouzinia, who was sent off after returning to the video referee in the 57th minute.

This was Cape Verde's second red card after midfielder Patrick Andrade was sent off after an intervention from the video referee also in the 21st minute for committing a violent foul against Senegal's Papa Ji in the middle of the field.

Senegal will play in the quarter-finals against the winner of the match scheduled for Wednesday between Mali and Equatorial Guinea.