Norway broke the great streak of Spain in the European in the cruelest way. The Nordics, tremendously physical, punished the lack of clarity of the Hispanics in attack and... 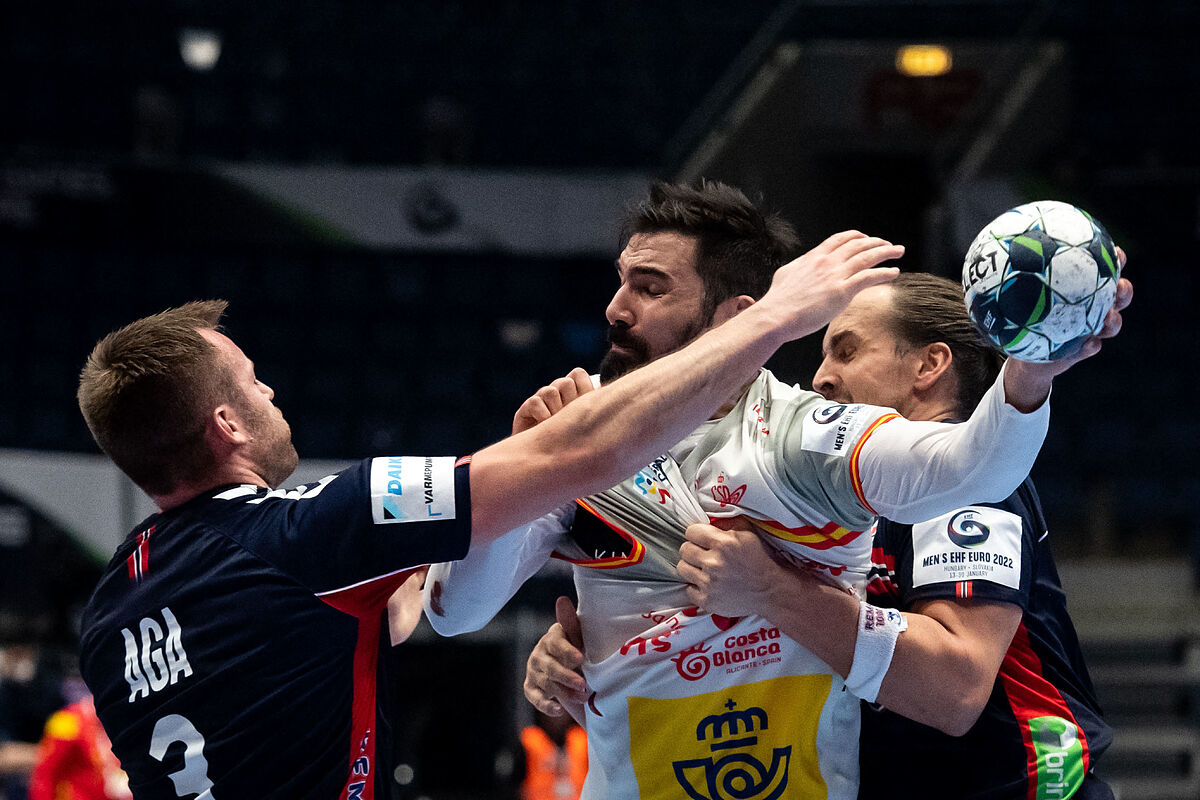 Norway broke the great streak of Spain in the European in the cruelest way.

The Nordics, tremendously physical, punished the lack of clarity of the Hispanics in attack and their many doubts in defensive tasks to endorse them in this case a resounding 22-27 which is, in turn, the final point to 17 games won in a row in a tournament that they finished in the best possible way in their last two editions.

Despite everything, the team coached by

still depends on itself to get into the semifinals. If they beat Poland in their last main round match on Tuesday, they will be in contention for the medals. To do this, however, you have to learn from mistakes.

It was of little use to Spain to take a 2-0 lead in the opening moments of the match. Norway, with a game to the limit in defensive tasks and a devastating start in attack, managed very soon to neutralize that initial advantage of the Hispanics and even go as far as five goals on the scoreboard. Their goalkeeper,

, less demanding than a

who worked extra hours to try to keep his team in the game, managed to frustrate several arrivals from the Spanish, who had a hard time finding clear options for goal.

With the exception, yes, of a clairvoyant

on both sides of the track.

His aim against the rival goal and his steals from behind, in the end, would also be decisive for the Spaniards to go into the break three goals down on the scoreboard.

Things, in fact, could have been even worse against a rival that had its best attacking arguments in

, tried to dose to the maximum until well into the second half.

The contribution of Sagosen, together with the success of

and Barthold, the good defensive work of Norway in the defense and the lack of success of the Hispanics, again, in several clear actions would ultimately be decisive for Spain to end up seeing consummated his loss in the second half. The Spaniards, who came to be just one goal away from the Norwegians, were repeatedly canceled in attack by the team led by Christian Berge.

Their tremendous effectiveness in destructive tasks and their physical power also allowed them not only to quickly put to rest the brief good feelings of the Hispanics, but also to put themselves back in a maximum advantage of five goals on the scoreboard that, in the end, would be a slope. too difficult to climb for Jordi Ribera's team and that also ended up being shaped in the hard 22-27 final.