Lisa Hörnblad was involved in a nasty crash in Italian Cortina d'Ampezzo in the ladies' super-G. The Swede lay down after the crash and had to be brought down the hill with a sledge. Her status is currently unclear. 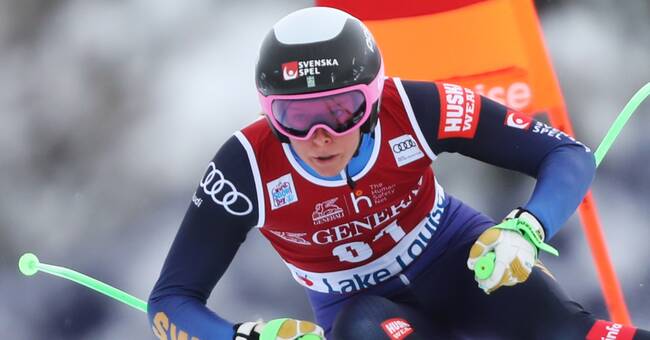 Hörnblad crashed in exactly the same place on the hill as the big star Sofia Goggia did a while earlier.

The TV broadcast did not show replay pictures of Hörnblad, but it looked like the 25-year-old hit her head when she fell backwards.

She hit her head there.

- That was a naughty blow.

Unfortunately, it does not look great, commentator Janne Blomqvist continued.

Lisa Hörnblad has previously had a long injury history with her knees.