Olympic champion Christian Folin put in a crosschecking on Dale Weise which went into the rim. Then a real fight broke out between Nicklas Lasu, Frölunda, and Brian Cooper, Oskarshamn. The situation ended in three match penalties. 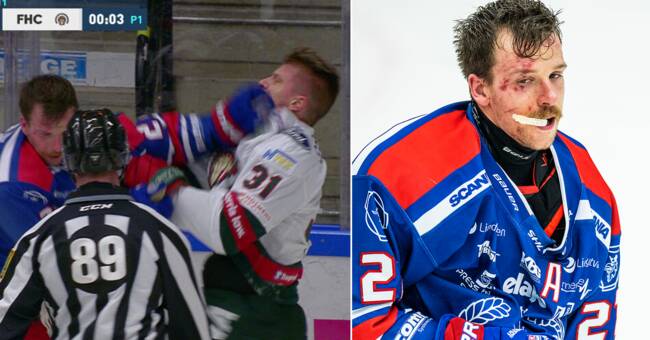 2–2 on the board and three seconds left of the first period.

Then the chaos started at Be-Ge Hockey Center in Oskarshamn.

Christian Folin's crosschecking was the starting shot that made Nicklas Lasu in Frölunda and Brian Cooper in Oskarshamn smoke a bloody fight in the SHL match.

When it was finished swinging, three match penalties were handed out: Christian Folin (crosschecking) and Lasu and Cooper (fighting).

The match is in progress - the text is updated