The departure of Ghana and Algeria, the luck of Comoros and Malawi, scandals with judges and stars: what do you remember about the group stage of the Africa Cup

The group stage of the African Cup of Nations in Cameroon was marked by the departure of two favorites at once - Ghana and the current trophy holder Algeria. At the same time, for the first time in history, the Gambia, Malawi and Comoros made it to the playoffs. I remember the tournament and a number of scandals. Thus, the referee Jenny Sikazwe prematurely gave the final whistle twice in the match between Tunisia and Mali. And the leaders of the Gabon national team, Mario Lemina and Pierre-Emerick Aubameyang, were accused of arriving at the location of the national team drunk. 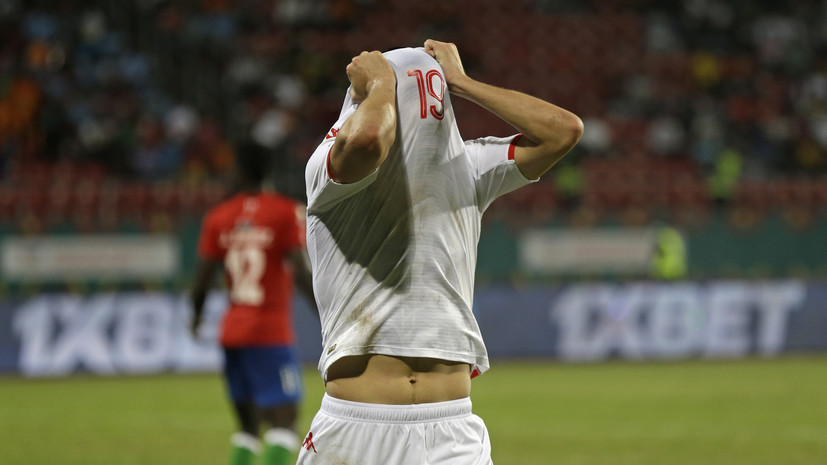 The failure of the favorites

The Africa Cup of Nations in Cameroon is one of the most unpredictable in history so far.

The reason is the departure of two favorites at once already at the stage of the group stage - Algeria and Ghana.

The fiasco of the reigning champions was especially surprising, because they went to the continental championship to defend the trophy.

The Desert Foxes, led by Djamel Belmadi, won the Arab Nations Cup in December in addition to the CAS and have not lost to anyone since 2017.

In Cameroon, the team at first failed to break through the Sierra Leonean Mohamed Nbalie Kamara, who made seven saves.

This was followed by a sensational defeat from Equatorial Guinea with a minimum score and a weak-willed loss to Côte d'Ivoire - 1:3.

So, the Algerians failed to please the fans and confirmed the sad trend.

The current owner of the CAN at the next tournament, as a rule, performs unsuccessfully.

For comparison, Cameroon was eliminated in the first round of the playoffs two years ago.

Only one point was scored by Ghana, whose colors were defended by such notable performers as Thomas Parti, brothers Jordan and Andre Ayew, Daniel Amarti and others.

If the Algerians had serious problems with the implementation, then the "Black Stars" - with the concentration.

Finally, on the 85th favorite allowed the team of the Comoros to excel.

As a result, Ghana finished bottom of the quartet and failed to qualify for the CAN Playoffs for the first time in 16 years.

And the main anti-hero was the head coach Milovan Rajevac.

In 2010, he brought the national team to the final of the continental championship and the quarter-finals of the World Cup, after which he left his post.

Return after 11 years turned into a failure.

Gave KAN and several sensations at once.

Firstly, the Gambia, which occupies only 150th place in the FIFA rankings, unexpectedly made it to the playoffs at the first tournament in history.

Moreover, the debutant shared the lead in the F quartet with Mali, leaving behind Tunisia and Mauritania.

The key to success was an excellent game in defense.

In three meetings, he missed only once, and even then - from the penalty spot.

Also, the wards of Tom Saintfit, unlike the Ghanaians, demonstrated the presence of character.

In the 90th minute they equalized the score in the confrontation with Mali, and in the 93rd minute they pulled out a victory over Tunisia.

Malawi have never played in a CAN play-off before, with a squad valued at just €4.65m according to Transfermarkt. Zimbabwe.

Miracle from the debutant

The fans did not expect the appearance in the 1/8 finals of the Comoros.

This small state was admitted to FIFA only in 2005, and 17 years later it was represented for the first time in the final stage of the CAN.

A distinctive feature of a modest team is the almost complete absence of football players from the Comoros.

Head coach Amir Abdou, who took over in 2014, bet on finding players with the right roots around the world, and it quickly paid off.

The headquarters managed to gather a fairly strong squad.

However, after two defeats in the opening matches from Gabon and Morocco, no one thought about reaching the playoffs.

But in the last thriller meeting, the Comoros sensationally beat Ghana thanks to Ahmed Mogni's goal in the 85th minute - 3:2.

Moreover, during the game, the newcomer led 2-0, but managed to miss twice after the corners.

Luck smiled on the debutant in the future, because he managed to get into the playoffs with three points and a negative goal difference.

Immediately, four competitors, as if by order, gave in and allowed a small miracle to take place.

However, the current CAS does not yet correspond to this trend.

In 52 matches, the participants scored only 68 times.

And the most popular account in Cameroon is the minimum one.

It was recorded 15 times.

The most "dry" was the first round of the group stage, only in one match of which more than one goal was scored.

The hosts did their best, beating Burkina Faso - 2:1.

In nine more cases, the rivals upset each other once, and two confrontations ended in goalless draws.

Of the participants in the playoffs, Senegal showed the lowest performance. Two-time CAN silver medalists managed to qualify for the playoffs from first place with just one goal. In added time of the game with Zimbabwe, they earned a penalty, which was converted by Sadio Mane in the 97th minute. With Guinea and Malawi, the wards of Aliu Cisse parted in peace. At the same time, the key central defender Kalidou Koulibaly and the main goalkeeper Edouard Mendy, who passed positive tests for coronavirus, were not in the squad. However, by the game of the 1/8 finals with Cape Verde, they will return to duty.

The captain of the Cameroon national team scored five times in the first three matches of the home tournament.

He scored twice against Burkina Faso and Ethiopia and upset Cape Verde.

An eloquent fact: only two teams scored more than the striker, not counting Cameroon - Nigeria and Côte d'Ivoire, which have six goals each.

And the most curious goal of the tournament was chalked up by Sierra Leone striker Al Hadji Kamara at the end of the match with Côte d'Ivoire.

The main anti-hero of the episode was the opponent's goalkeeper Badr Sangare, out of the blue in his own penalty area, dropping the ball right on the opponent's foot.

So, the "elephants" missed the victory in the 93rd minute.

The goalkeeper himself, on top of all the troubles, was injured.

Since there were no replacements left for the coaching staff, defender Serge Aurier took his place at the last frontier.

The strange behavior of the referee

Not a single CAN is complete without scandals.

During the Tunisia-Mali match, a little-known referee from Zambia, Jenny Sikazwe, attracted the attention of the entire planet.

The referee decided to blow the final whistle in the 85th minute.

After a wave of indignation from the North Africans, who were losing by a minimum score, he resumed the game.

Immediately, the Malian national team player El-Bilal Toure committed a foul on a red card, but the referee did not react in any way.

He also ignored the advice of colleagues at VAR to watch a replay.

Finally, in the 89th minute, Sikvaze ended the meeting again, although his assistant on the touchline indicated that four minutes had been added.

Chaos broke out on the field.

The winners went to the sub-tribune room, and the losers attacked the referee demanding to finish the match.

What was the surprise of the fans when, after 40 minutes, it was decided to resume the confrontation.

But now the Carthaginian Eagles themselves have refused to return from the locker room.

The result was upheld.

Later, the head of the refereeing corps of the African Cup, Essama Abdel-Fatah, explained the behavior of the subordinate with severe dehydration and heat stroke.

Allegedly, he lost his orientation in space and was taken to the hospital.

On social networks, they joked that the judge was simply late for a date.

Confusion with the anthem

Enough at the tournament and other scandals.

For example, the Burkina Faso national team was dissatisfied with the unexpected testing for coronavirus a day before the starting meeting with Cameroon.

According to the guests, strange doctors woke up the whole team in the middle of the night.

The CAF emphasized that they were not related to this procedure, but approved its results.

And before the match with the Gambia, the DJ at the stadium in Limbo played the Mauritanian anthem incorrectly three times.

In addition, the stars who play in the strongest European championships do not always treat the tournament professionally.

This time, the leaders of the Gabon national team, Mario Lemina and Pierre-Eric Aubameyang, were noted with a minus sign.

According to media reports, both arrived at the location of the national team drunk.

The first called the rumors a lie and announced the end of his international career.

The second returned to Arsenal, allegedly due to heart problems amid the transferred coronavirus.