Sandra Näslund's crazy form continues. She has competed in nine individual ski cross competitions this World Cup season. With today's victory in Idre, Näslund has won eight of them. At the same time, Alexandra Edebo finished second and the Swedish success was thus completed. 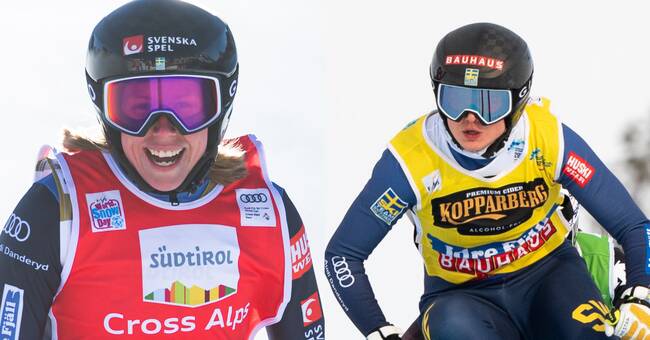 Together with Alexandra Edebo, who was responsible for an impressive pick-up in her semifinal, Näslund made it to the grand final.

There, Sandra Näslund showed why she is a big gold favorite before the Olympics.

The 25-year-old secured in superior style his eighth World Cup victory this season - and the 25th overall in his career.

The Swedish success did not end there.

It's a really tough course but I'm happy.

It's great to share the podium with her (Alexandra Edebo).

She has ridden better and better so I am happy for her sake, says Sandra Näslund in Viaplay's broadcast.

Third in the competition was Jade Grillet-Aubert, France.

Before the competition, it was clear that six skiers from the top 10 would not participate.

World runner-up Fanny Smith missed the competition due to injury and in addition, the Canadian stars were left out due to the covid situation.

If Sandra Näslund wins again on Sunday, it basically means that she has secured the overall victory in the World Cup.

The Swedish men, on the other hand, failed to impress.

David Mobärg went out already in the round of 16 together with Elliott Baralo, and in the quarter finals it ended for Viktor Andersson and Erik Mobärg.

On Sunday, a new World Cup competition will be run in Idre.

The competitions in northwestern Dalarna are genre rep before the Olympics in Beijing, where the ski cross will be decided on 17 February.