Minor prize for the faith of Sevilla against an effective Celta

Sevilla and Celta tied in a game with a time for each, a minor prize for the sevillistas in their fight to fight for the League title against Real Madrid, although... 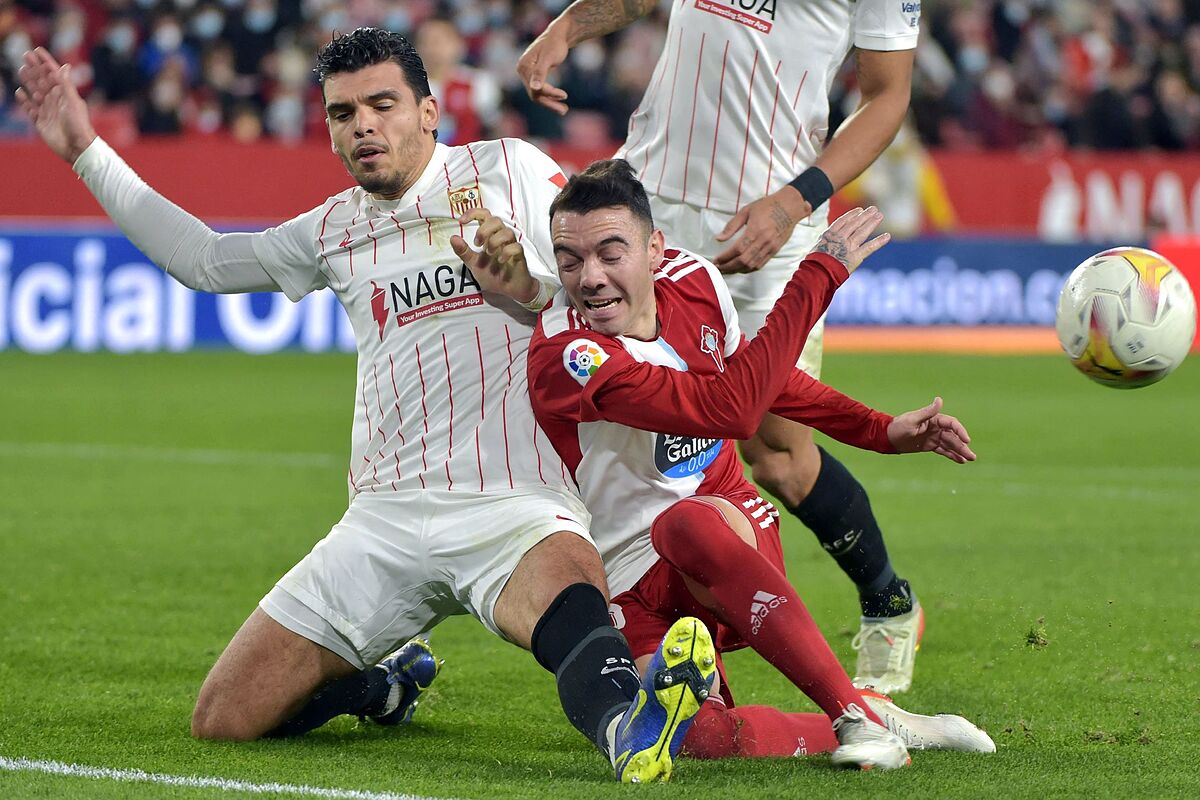 Sevilla and Celta tied in a match with a time for each, a smaller prize for the Sevilla players in their fight to fight for the League title against Real Madrid, although they saved a point as a result of their great reaction, led by

against an effective team from Vigo.

The Celtics, very effective in the first half, did not know how to save their income, after going into the break with a 0-2 thanks to goals from the Argentine

, as Sevilla pressed after the restart, equalizing through Papu and

, in the 71st and 74th minutes, and could even win, but the Extremaduran midfielder headed a ball against the post with 9 minutes remaining.

Two teams with clear objectives were measured: Sevilla, to remain firm in the wake of the leader, Real Madrid;

and Celta, take a step forward to get into the fight for Europe, with up to nine casualties in the sevillistas, plus that of their coach,

, with symptoms of covid-19, and his second,

In the debut of the Mexican

as a starter, with a changed leg on the left and the most incisive of the Seville team in the first half, and with the return of the Serbian goalkeeper

, the Andalusian team tried to gain control early on, although everything turned from the beginning in a round trip match.

The Nervionenses took the initiative, but without any success against a solid and reliable Celta, in which the Argentine

opted for the same eleven that beat Osasuna 2-0.

In addition, with the mobility of Brais Méndez, Cervi or Iago Aspas they created problems for Sevilla, less deep and farsighted than other times.

Aspas warned soon in an action on the right and Tecatito replied in the first quarter of an hour with another personal that the Argentine Matías Dituro aborted, but Sevilla's possession of the ball was misleading against a very effective Celta who took advantage of two defensive errors by the rival, de Acuña and Ocampos, to get ahead.

After a shot by the Argentine Lucas Ocampos with a clearance by his compatriot Dituro that the also Argentine Acuña failed to send between the three posts, the sky-blue team took advantage of their quality up front to achieve a two-goal lead in just three minutes, scoring on in the 37th Franco Cervi, after Dmitrovic rejected a shot from Mina, and Aspas in the 40th from the edge of the field, after a pass from Brais Méndez.

After the break, Sevilla moved the tree with a triple change when Óliver Torres, the Argentine Papu Gómez and the young Iván Romero entered for Rakitic, Fernando and a missing Rafa Mir, and then Gudelj for a Tecatito who gave everything and ended up exhausted , and in the end the youth squad Luismi Cruz for Jordán.

The sevillistas went out to an open grave to reduce their disadvantage and, with the push especially of Papu Gómez aided by Ocampos and a very toned Óliver Torres, they were winning the game against an irregular Celta, although they were able to extend their lead after 12 minutes of the second time, but a providential crossing by Diego Carlos prevented Cervi from facing Dmitrovic alone.

From then on, Sevilla pressed everything they could and the changes made by Pablo Sanz, Lopetegui's substitute, bore fruit very soon, as Papu Gómez closed the gap with a great goal in the 71st minute, after a shot with his left foot from the frontal one that slipped near

Three minutes later, a center from the left by Papu Gómez, the real shocker for Sevilla, was finished off by Óliver Torres, also very active since his departure after the break, to make it 2-2, and even the Extremaduran was able to hit his team a victory that he searched for in a persistent way with 9 remaining, but his header crashed into a post.

In the end, 2-2 as a reward for the effort of each other.

LaLiga Santander 2021 - 2022 "The expulsion has changed the game. Koundé has fallen into the trap"

Soccer Benzema's 'at home' MVP and Fede Valverde's cape, hero as in 2020: "We deserved the victory"