Did Guardiola and Man City's control turn the Premier League into the "Peasant League"?

In recent years, Manchester City dominated the English Premier League, and only the “exceptional” Liverpool team stopped it two years ago. 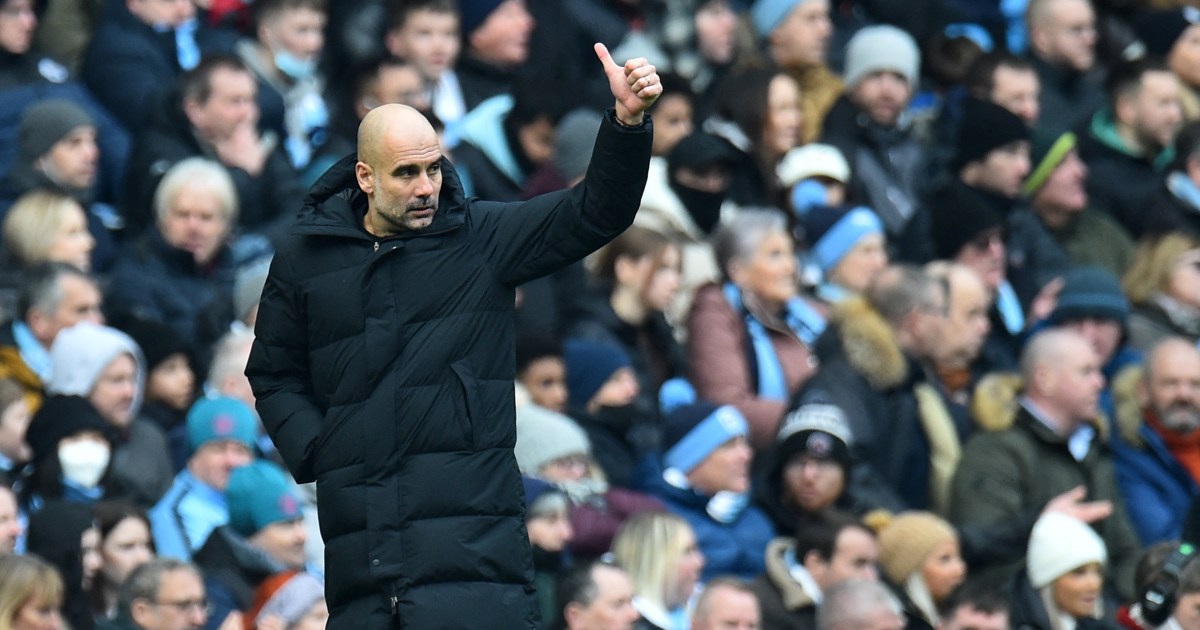 In recent years, Manchester City dominated the Premier League, and only the "exceptional" Liverpool team stopped it two years ago.

This success is due in large part to Spanish coach Pep Guardiola, who made the "Citizens" team succeed every year in creating this combination of players, and often succeeded in overcoming his direct competitors since the middle of the season.

Citizens usually start seasons a bit poorly, as if the Guardiola sons were evaluating their opponent's strength, before running together in a race like this, then outpacing their opponents and winning the race.

Guardiola said, after defeating Chelsea - his direct competitor - with a clean goal, "Our players always try to be the best. This is the only way to win 12 games in a row. Winning the Premier League is my best title, and I will achieve it in every season until the last year of my contract." ".

This victory put the "Heavenly Team" at the top of the Premier League by 11 points, as the "Liver" overtook the "Blues" to second place.

How did Guardiola do it?

Guardiola has long been considered one of the best tactical coaches in football history, and after a baffling home defeat to Crystal Palace months ago, he made very minor adjustments to benefit his team.

Guardiola was particularly keen on making the two full-backs more involved, which made Portuguese Joao Cancelo one of the best players in the league.

The Philosopher Coach has also perfected the use of the "spearhead or dummy number 9", and has used the likes of Phil Foden, Raheem Sterling and even Ilkay Gundogan in this position.

They haven't lost a point since that defeat to the Eagles, so it's no surprise to see Manchester City win the title.

This control prompted British media reports to ask the question: Has the control of Guardiola and Man City transformed the strongest league in the world into a "peasant league"?

It is a term given to the leagues whose title is decided by a team a few weeks before the end of the season.