Forced to play without their star, Pierre-Emerick Aubameyang, positive for Covid-19, Gabon can count on their attackers Aaron Boupendza and Jim Allevinah, in all the good moves since the start of… 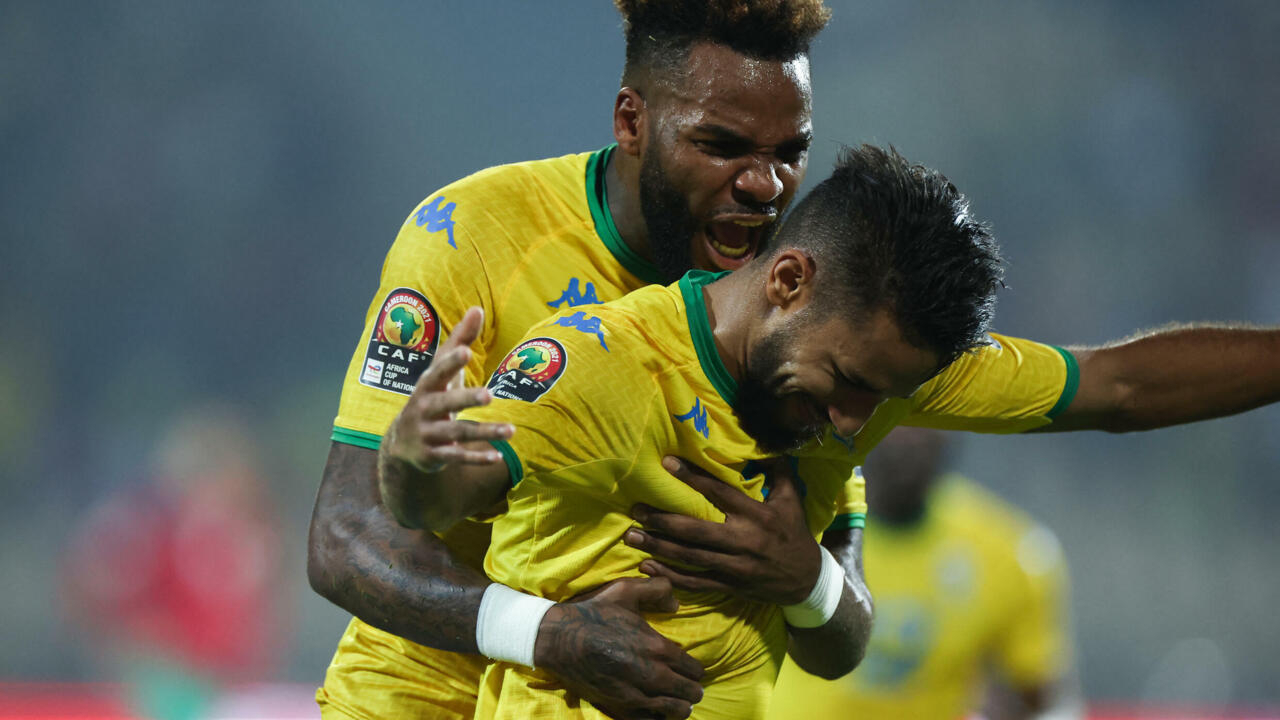 Can two small "Panthers" make you forget a big one?

Since Covid-19 deprived Gabon star Pierre-Emerick Aubameyang, alias PEA, of CAN, the duo Aaron Boupendza-Jim Allevinah has taken over, before the round of 16 against Burkina-Faso in Limbé, Sunday January 22.

"No, it can't be better without two world-class players like Pierre-Emerick Aumbameyang and Mario Lemina," Patrice Neveu, head of the Gabonese team, nicknamed "The Panthers," told AFP.

But among "players who are perhaps technically less skilled than PEA, we find many other qualities, self-sacrifice, replacement, respect for instructions, compensation, running a race to redeem the fault of a partner, and this goes for my whole team", savors Neveu.

"Strength is the collective, the main weapon. I have an extremely disciplined team, not just a generous team, a team that works tactically, that articulates well, in 3-5-2 or 4- 2-3-1" with Boupendza as a winger stuck to the line in this second configuration.

His two strikers have managed or provoked all of Gabon's goals at the African Cup.

Boupendza started with a cannonball, in the stadium occupied by the Canon of Yaoundé in the days of its glory, in a very tight angle against the Comoros (1-0).

He also provoked an own goal from Moroccan defender Naif Aguerd (2-2).

Allevinah, 26, scored on another cross shot to equalize against Ghana (1-1), and opened the scoring against Morocco with an assist... from their goalkeeper Jean-Noël Amonome.

At this CAN, it is they who are in full light, the captain PEA having had to return without playing a single match, as a precaution, examinations showing residues of Covid in his body.

It's a nice revenge for Boupendza (25), trained in Bordeaux where he never broke through, and who has never played an L1 match.

After a good season in National 1 with Pau (2017-2018), he went on loan without much success at Gazélec Ajaccio, Tours and Feirense, in Portugal.

Returning to the fold, the Girondins released him when Neveu found him a club in Turkey, Hatayspor, where he finally revealed himself last season, finishing top scorer in the championship (22 goals).

He has since joined Al Arabi in Qatar, and exploded at the CAN.

Jim Allevinah, 26, born in Agen into a family of footballers, plays with young people in the football sections of big names in rugby, SU Agen or Aviron Bayonnais, Didier Deschamps' childhood club.

Then he goes through Le Puy, where Clermont, still a rugby city, picked him up in 2019, and where he progresses at the same time as his club until he discovers Ligue 1 this season.

"This is Jim's third year with us," Jérôme Champagne, manager of Clermont Foot, told AFP.

"He grew as a player and as a man, with the work of (coach) Pascal Gastien".

The striker "had had a first season in L2 which was certainly incomplete but promising, but last season he scored 12 goals", continues Champagne.

"Jim formed our golden attack last season with Mohamed Bayo (also at the CAN with Guinea, editor's note) and Jodel Dossou", from Benin, completes the Auvergne leader.

He describes Allevinah as a "very endearing man. We follow him at the CAN in front of the screens, he gains confidence at the international level, it's very good", concludes Champagne.

"We are happy with his success."