Mona Brorsson took her first podium place in an individual competition in the World Cup today. Now it is clear that she will continue to compete during the weekend and run the relay tomorrow. 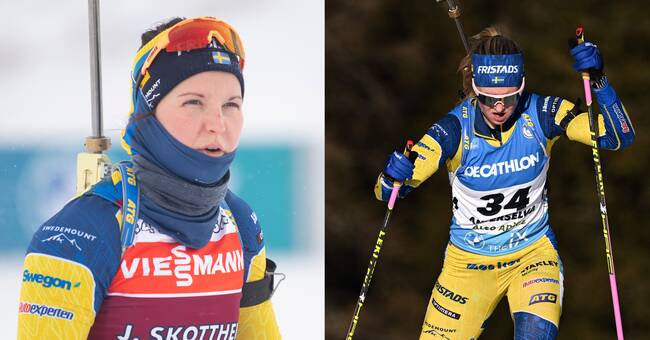 Several of the biggest Swedish biathlon stars are over this weekend's competitions to focus on recharging before the Olympics.

Mona Brorsson is the only Olympic-selected skier who competes during the weekend.

And in today's competition, she showed that the Olympic form is on its way when she came third.

Tomorrow it's time for the relay and then Brorsson is in the team together with Johanna Skottheim, Ingela Andersson and Annie Lindh.

Andersson and Lindh usually go to the IBU Cup but now get the chance in the World Cup.

For Lindh, it will be the world cup debut in the relay.