Shiffrin misses dad before the Olympics: "Will be difficult times"

It has been almost two years since Mikaela Shiffrin's father Jeff died in an accident. In an interview with AP ahead of her third Olympic career, she says that it still affects her in connection with competitions. - I can imagine that it will be some really, really difficult moments. 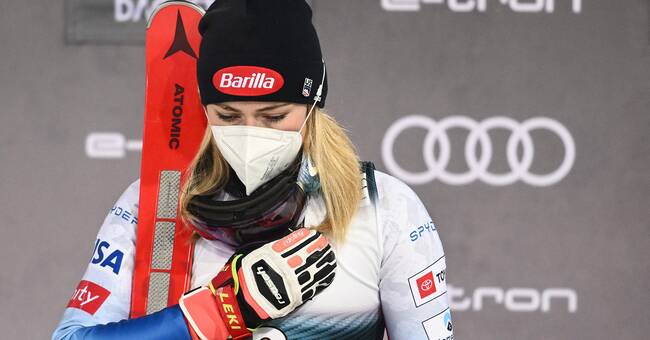 Therefore, Shiffrin worries about what it will be like when she finishes after her Olympic races in Beijing in February.

- It's still painful to think about, so I do not think about it that much.

I can imagine that there will be some really, really difficult moments.

And some will also be okay.

When it comes to this, the tough moments come at any time.

You can not decide when to be sad or happy, says Shiffrin.

- It goes at a different pace for everyone, and I think she is far from finished mourning and healing.

She has made great progress and come back to much in her life, but one thing she will never get back.

It strikes one on different occasions, he says.

Shiffrin says that one of the times when the grief hit her was when she was going to take pictures and celebrate with her teammates in the Austrian Sölden in October.

There will surely be something like that at the Olympics as well.

The plan is for Shiffrin to go to all five individual disciplines at the Olympics.

Thus, her competitions begin on February 7.