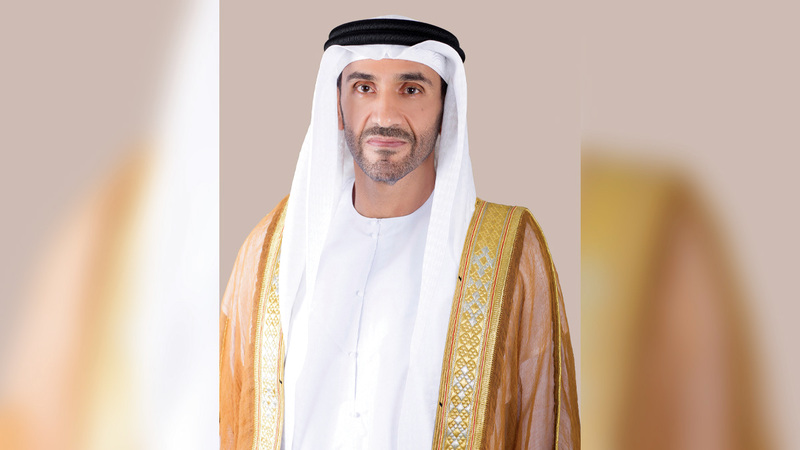 His Highness Sheikh Nahyan bin Zayed Al Nahyan, Chairman of the Abu Dhabi Sports Council, said that "global sports events with a prominent presence in the agenda of international sports federations and institutions support sports tourism in the capital, Abu Dhabi, enhance global leadership, and translate the quality of life index." In a speech on the occasion of the launch of the Abu Dhabi HSBC Golf Championship today, His Highness said: “The organization of the Abu Dhabi HSBC Championship, for the 17th year in a row, confirms its importance and its great role in supporting the sustainability of the sporting successes achieved by Abu Dhabi, a leading global destination in Hosting elite major events and forums, and demonstrating Abu Dhabi’s global sporting successes.”

His Highness welcomed the elite and international golf stars participating in the 17th edition, which will be held at the opening of the agenda of global sporting events hosted by Abu Dhabi for the year 2022. He added: “We are also pleased to host the tournament, which is being held for the first time at the Yas Links Course, which is one of the masterpieces of golf courses in the world, It demonstrates Abu Dhabi’s leadership and the capabilities of its distinguished sports facilities.”

His Highness expressed his happiness with the successes achieved by global events and their great support for the economic, promotional and tourism returns of the Emirate of Abu Dhabi, which reflects its prestigious position and the global confidence that Abu Dhabi enjoys as a prominent destination in the forefront of cities in the world, due to its infrastructure with international standards, in addition to its application of the highest safety conditions and measures. Preventive measures for the safety and health of all.

He continued, "The participation of the world's elite golfers in the new edition is an important evidence of the prestigious rank occupied by the Abu Dhabi Championship in the agenda of international golf tournaments and the attractive value of the game's stars and international media platforms, and also reflects the course of the plans drawn for the continuity of the success of attracting the most important global sporting events." His Highness thanks and appreciates all the parties that support the health protocol and the precautionary measures. His Highness also thanked the sponsors and the supporting bodies for bringing the tournament to this distinguished position, wishing all the participating players success in their journey in the championship.

Today, the 17th edition, organized by the Abu Dhabi Sports Council, is being hosted by the Yas Links Stadium on Yas Island for the first time since its launch in 2006, as part of the four Rolex rounds of the World Tour Program (DB World 2022).

132 players will participate in the World Championships, including the world's elite stars: Rory McIlroy and Colin Morikawa, the number one in Europe, Adam Scott, Shane Lowry, Henrik Stensen and Danny Willett, to join Padraig Harrington, captain of the European team in the Ryder Cup, among other stars.

The total tournament prizes amount to eight million US dollars and 8000 points from the race to Dubai 2022, and the champion receives one million and 120 thousand dollars.

On the other hand, the tournament revealed the participation of Ahmed Mohammed Al Musharrakh, along with Ahmed Skaik, to represent the UAE in the championship competitions, along with a group of stars.

Al-Musharkh returns after his absence from the championship arena for four years to participate in the first round of the Rolex Series in the 2022 DB World Tour, as he seeks to achieve a better result than his previous result of 22 strokes above par.

The 32-year-old has a career full of achievements, as he was the first Emirati player to enter the professional world in 2012, before joining the UAE golf team at the age of 15, in addition to being the first Emirati to qualify for the Asian Amateur Championship.

He hopes to add a new achievement to his record this week.

Al-Musharkh said in a press statement: "I am delighted to be back in the Abu Dhabi HSBC Golf Championship, and I am honored to represent my country, and I look forward to competing on the Yas Links stadium alongside some of the most famous stars in this sport."

• McIlroy, Morikawa, Adam Scott, Shane Laurie and Stinson are among the most prominent co-stars.

• Ahmed Al-Musharkh and Ahmed Skaik represent the UAE in the global event, the total prize money of which reaches 8 million dollars.