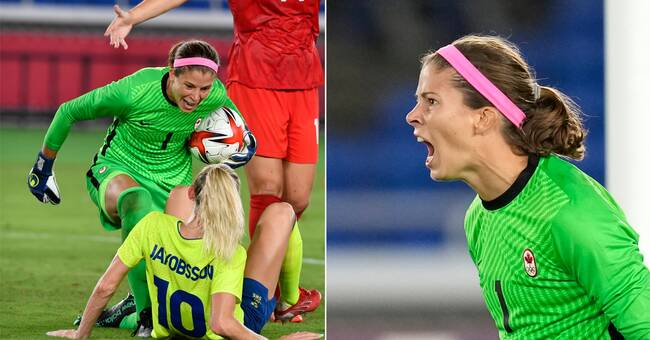 This is announced by her club team Paris SG on its website.

Labbé has played most of her career in damallsvenskan, where she represented Piteå, Örebro, Linköping and most recently Rosengård.

This summer, she left the Malmö team for the French big club Paris SG.

But now she is breaking her contract, and announces that she will officially end her career with the national team in April.

- I have sacrificed a lot in my life and have moved around with football for several years.

I have made difficult decisions, leaving family and friends behind me in the pursuit of being my best self.

I mastered the ability to be completely focused and happy in the most stressful situations.

And now I have found clarity and peace in knowing that I have done everything I could on the football field, she says in a video on Instagram.

This summer, she became a great hero when Canada defeated Sweden in a dramatic penalty shootout in the Olympic final in Tokyo.

As recently as three days ago, she came second in the poll of the world's best goalkeepers in 2021 when the International Football Association (Fifa) praised last year's most outstanding player.