Defending champion Algeria was eliminated in the first round of the African Cup, after a draw against Sierra Leone (0-0), a defeat against Equatorial Guinea (0-1) and a rout, Thursday, it... 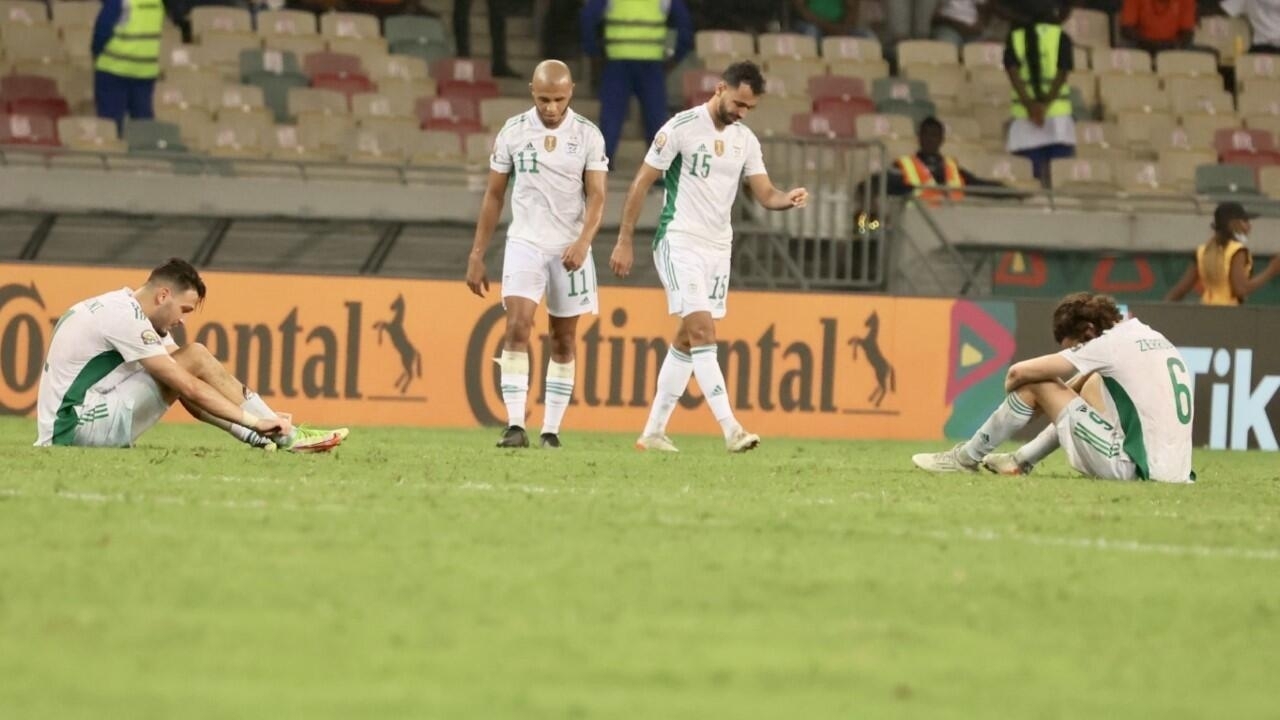 Algeria, reigning African champions, sadly left the competition in the first round, Thursday, January 20, after another defeat against Côte d'Ivoire (1-3).

Unrecognizable, the armada of Djamel Belmadi, who had marched on Africa in 2019 until his victory against Senegal in the final (1-0), lost all his magic and finished last in his group, with only one small point and especially a single goal scored.

In the last match, almost already too late to sound the Algerian alarm clock, the Elephants were much stronger, quietly winning (3-1) to consolidate their first place in group E. Algerian star Ryad Mahrez even missed a penalty.

The Fennecs only reduced the score by Sofiane Bendebka (74th), and limply pushed in the last quarter of an hour.

Against Sierra Leone (0-0), Algeria had already played badly, and if there was better against Equatorial Guinea, the Fennecs harvested and were surprised (0-1).

African champions in 1990, they were also eliminated in the first round at the following CAN, in 1992 in Senegal, with already a defeat against Côte d'Ivoire (3-0), which had won the title.

A failure for Belmadi

Coach Djamel Belmadi did not hide his great frustration after this premature exit. "It's hard to make a rational analysis right away after such a big disappointment. In that match, we wanted to catch up a little, at least from an accounting point of view, if not the way, to say that we are in this competition, that it starts today. Something we could not do, "he explained after the meeting at a press conference.

"From the moment when, since the start of the tournament, we have not taken advantage of our chances, doubt may have set in. We have always had situations, a little less today against Côte d'Ivoire, but we couldn't score. Even the penalties, we have trouble scoring them. So, we simply weren't up to the competition, "he analyzed.

Arrived in Cameroon as big favourites, Algeria remained on an unbeaten streak of 35 matches, before losing twice. For coach Claude Le Roy, 1988 African champion at the head of Cameroon, the Greens focused too much on this record. "Perhaps they forgot the African Cup a bit and thought too much about this record, we only heard that in the interviews: on what day would they break the Italian record? (37 matches without defeat, editor's note) “, explained the technician to AFP.

"Before breaking the record, you had to win matches in the African Cup," insisted Claude Le Roy.

"Once they've lost, it's as if the spring had broken. The most important game is always the next one. Football is an eternal school of humility," he said.

If he stays in place, after such a fiasco, the Algerian coach must quickly bounce back.

The next big meeting of the selection will be held in March, for the qualifying play-offs for the 2022 World Cup, the draw of which takes place on Saturday January 22 in Douala.

"Of course we will have to take the time to analyze, to understand what went wrong and to try to improve ourselves fairly quickly, because the qualifications for the World Cup are coming soon. But I have some ideas. We have not obtained what we had come to seek in this CAN. It is a total failure. The most important thing is not the people, but the national team. We will analyze all that calmly", has already announced Djamel Belmadi.