The situation around Peng Shuai has not yet been clarified. The WTA is still trying to get in touch with the Chinese, according to tennis star Viktoryja Azaranka. - That is the main goal, she says. 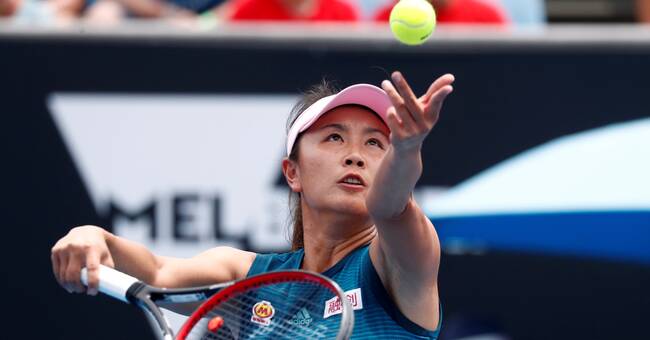 It was in early November that Peng Shuai, the former world number two in doubles, published a post on social media in which she accused China's former Deputy Prime Minister Zhang Gaoli of sexual abuse.

Shortly afterwards, the post was deleted - and then no one heard from her in 19 days.

After the incident, Peng Shuai claimed in a video interview with the International Olympic Committee (IOC) that she was fine, and in December she denied that she had accused anyone of sexual abuse at all.

Critical voices, including from the women's tennis organization WTA, have expressed that there is still no solid evidence that the Chinese 36-year-old is safe and allowed to express himself freely.

According to Viktoryja Azaranka, who is an active member of the WTA's Players' Council, the work of getting hold of Peng Shuai is ongoing.

- There has not been much progress when it comes to contacting Peng Shuai, although we will continue with all possible efforts to ensure that she is safe, and feels safe, says the two-time Australian Open the master.

- Hopefully we can talk to her in person at some point.

I would say that is the main goal right now.

Hoping for a comeback

Australian world setter Ashleigh Barty hopes that Peng Shuai can be back on the tennis court soon.

- The tennis world has really ended up.

Of course, we all look after her safety.

Hopefully it will not be long before we see her on the track again, says Barty.

CLIP: Osaka about Peng Shuai: "Proud of how the WTA handled it"