This is where Stina Blackstenius makes her debut for Arsenal

Stina Blackstenius has made her debut for Arsenal. The Swede was substituted in the league cup quarter-final at home against Manchester United. Then she got to see the guests decide and advance to the semifinals. 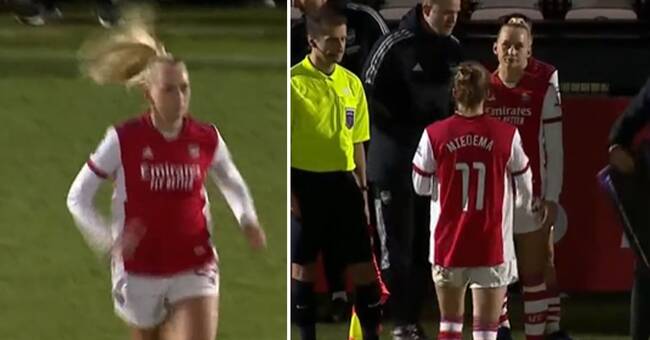 Stina Blackstenius left BK Häcken and the damallsvenskan for Arsenal five days ago.

Only after a couple of days with the club did she make her long-awaited debut in the red shirt today.

In the league cup quarter-final at home against Manchester United, at the score 0-0, the Swedish coach Jonas Eidevall replaced his new acquisition in the 70th minute in favor of the shooting queen Vivianne Miedema.

But it was not a debut to remember for the Swede.

With five minutes left of regular time, Alessia Russo nodded in the decisive 1-0 goal for the guests and took United to the semi-finals of the cup game.

The Swede was not particularly involved in the game during the 20 minutes she got on the pitch.