The women's bandy WC is saved - decided in Småland in March

The Bandy World Cup for women was to be decided in Stockholm in January - but postponed. Now the championship is saved when Åby in Småland arranges the WC on March 23-27. - A great opportunity for Swedish bandy and especially for girls' and women's bandy in Sweden to show their strongest profiles in full action, says Sweden's assistant national team captain, Hanna Dahlström, in a press release. 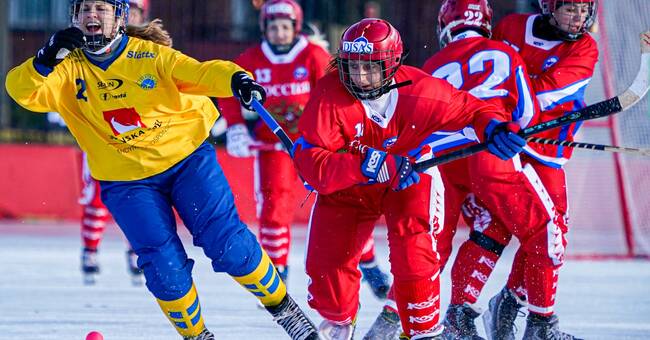 In mid-December, the news came that the women's bandy WC, which was to be decided in Stockholm 6-16 January, was postponed until March.

The reason was that the organizer District Stockholm withdrew, and the championship was without a host city.

At first, the covid situation was stated as the reason, but a few days later new information came that it was about financial problems instead.

But now there is a new organizer.

Åby outside Växjö takes over the hosting, where the matches will be played in Eriksson Arena.

The last time the World Cup was played in Sweden was in 2008, when the championship was decided in Dalarna.

- Now that the World Cup is back on Swedish soil after many years, we really want to take the chance to show what top quality Swedish women's bandy holds.

In addition, it is a great opportunity for Swedish bandy and especially for girls' and women's bandy in Sweden to show their strongest profiles in full action, says Sweden's assistant national team captain Hanna Dahlström in a press release from the bandy association.

Sweden is the reigning world champion

Sweden has won gold in the World Cup every year since 2004, except in 2014 when it became silver, and is the reigning world champion after the final victory over Russia in Norway 2020 (World Cup 2021 was canceled due to covid-19).

- It feels very good that Växjö and Åby / Tjureda want to take on this exciting championship, where Sweden has a gold to defend.

For me personally, it means a lot to be part of a championship in Småland where I am from and where some current players for the World Cup are also from, Dahlström continues.