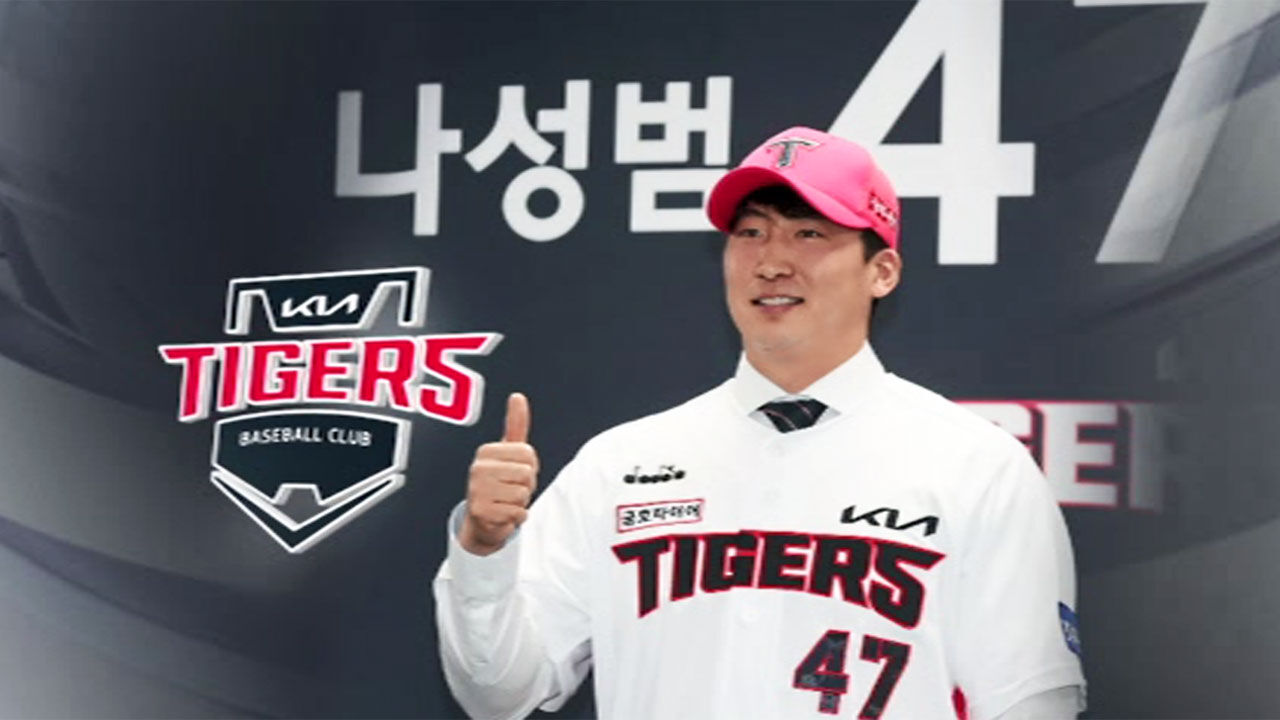 Na Seong-beom, wearing the uniform of his hometown team, Kia Tigers, had an initiation ceremony.

We aimed the car installed in the home run zone of Gwangju Stadium.

Na Seong-beom, who joined KIA with a record of 15 billion won in FA history for 6 years, wore a KIA uniform with the number 47 engraved on his back with a fluttering expression on his face.

He also held a ceremony with his teammates, Jang Hyun-sik and Hwang Dae-in, to achieve the Tigers' 12th championship.

[Na Seong-beom/KIA: I have a heart to return to the attitude of a rookie.

It seems like we need to prepare better than we did at NC Dinos.

First of all, it feels good that (Yang) Hyunjong is not hitting the ball.]

He also shared memories of cheering for KIA as a child in his hometown of Gwangju.

[Na Seong-beom/KIA: (At the time) Kia had player Lee Yong-gyu.

I remember getting the gloves back then.

I borrowed this space to tell you, I wrote it well then, thank you.]

Seong-beom Na, who received the car as a prize by matching a car in the home run zone in the right middle of Champions Field last year, showed greater greed.

[Na Seong-beom/KIA: (the car I received) My mother is driving it now.

He was very happy, and we will do our best to get as many cars as possible.]

New manager Kim Jong-guk expressed his anticipation that he would use Na Seong-beom as the third batter.