Sabalenka against the ropes - pulled himself together

World runner-up Aryna Sabalenka has had a nightmare since the semifinals of the US Open. This morning, the Belarusian was about to lose already in the first round of the Australian Open but was able to turn around and win 5-7,6-3,6-2 against the home player Storm Sanders who received a wildcard. - It felt like I was already in the locker room, says Sabalenka after this year's first win. 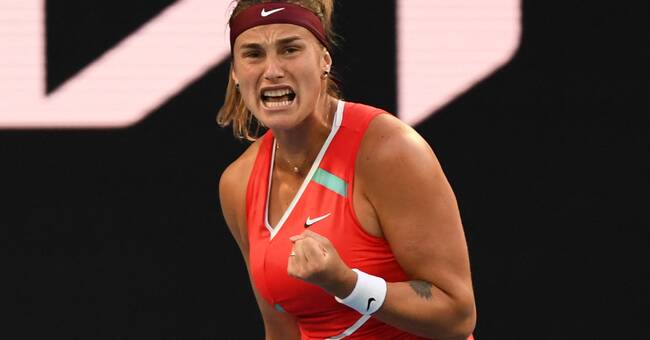 - The start of the season has not been good but I am so happy about this win and I heard some cheering on me, says Sabalenka in Eurosport's broadcast.

It was a nice turnaround.

She ended the match with three serve aces, one of the factors that has gone wrong in recent months.

- I do not know how it went, felt like I was already in the locker room.

I stopped thinking and just played on and tried to get pressure on the ball.

I have had such big problems with the serve and my team has told me to try to trust it, that I would trust the muscle memory, says Sabalenka.

When Sanders went up to 7-5 and had positions for both 4-1 and 4-2, the home crowd in Melbourne smelled a bang.

But Sabalenka, who fell in the first round of the two preparatory Adelaide tournaments (once against Rebecca Peterson), teamed up at 1-3 in the second set and won nine straight games against doubles specialist Sanders, who never won a single match in a Grand Slam.